Mass teacher vaccination clinic set to be held in Cumberland Co. on Thursday

AMI Expeditionary Healthcare, LLC will lead the appointment-only clinic with help from the PA National Guard 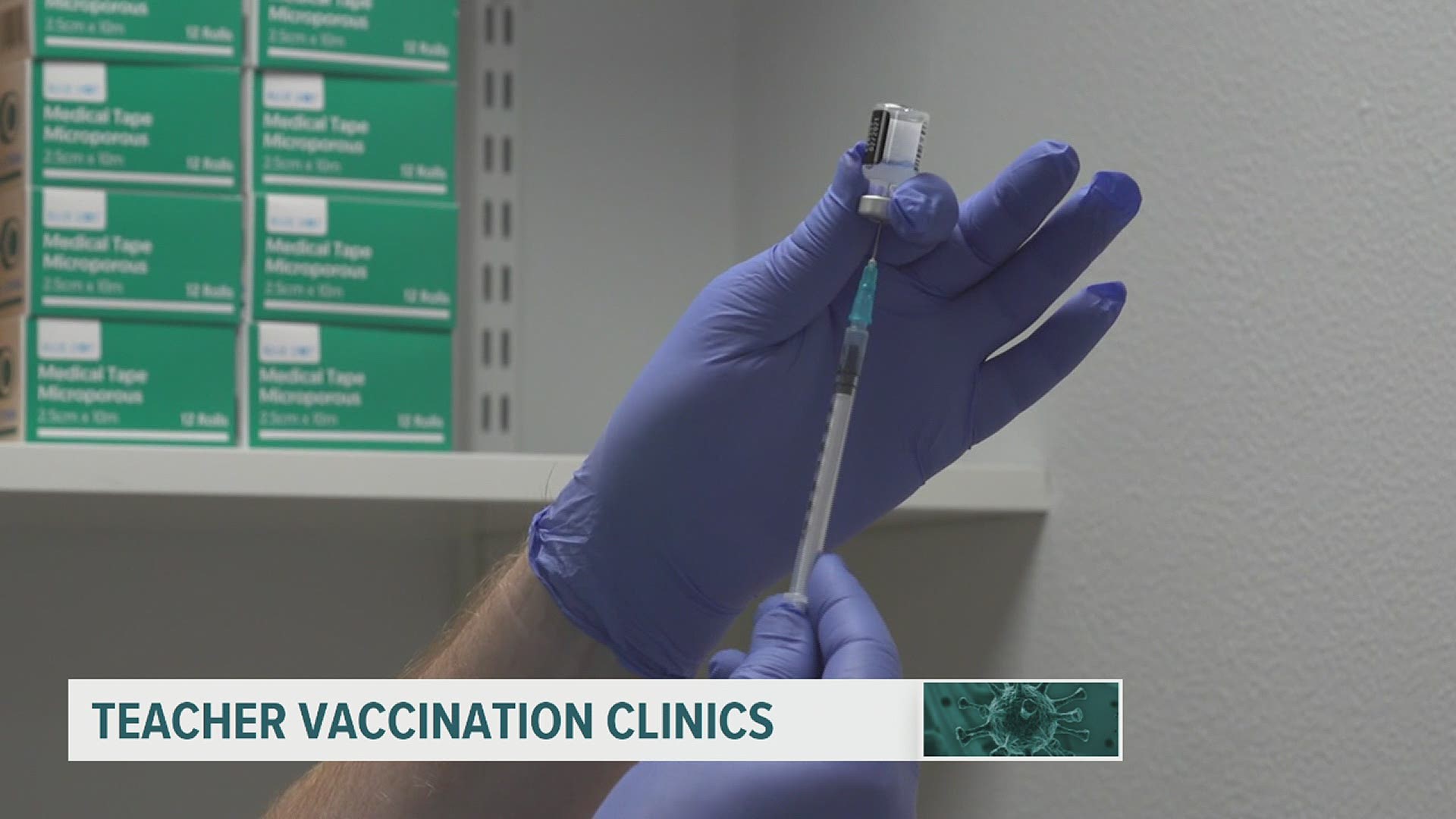 Mass vaccination clinics for teachers and school staff kick off this week in Bucks County and Pittsburgh. But, by Thursday a clinic will also reach East Pennsboro, Cumberland County.

"The goal is to open up schools- as many as we can, as soon as possible- and the state of Pennsylvania," said Dr. Dezheen Zebari of AMI Expeditionary Healthcare, LLC.

AMI Expeditionary Healthcare, LLC is working to cover both sides of the state with help from the PA National Guard to vaccinate as many educators as possible in a short amount of time with the Johnson & Johnson shot. With limited doses of vaccine available, school staff will be prioritized with pre-K, special education, and english learner teachers among those first in line.

The clinic in Cumberland County Thursday is not open to the public and will only accommodate school staff who have an appointment. It's being held at the Capital Area Intermediate Unit's Enola facility.

As for why Pittsburgh and Bucks County were chosen among the first locations for mass vaccination clinics for educators, Dr. Zebari said "the locations were based on where we can move manpower and logistics fastest. We have a footprint in Bucks County already. We've been doing vaccinations there for quite awhile. So, it was the easiest one to turn on quickly and then, Pittsburgh. We kind of wanted to cover both sides of the state and that kind of made sense to us."

Zebari noted the goal of the clinics are to be 'fast and controlled' as the events require large mobilization and logistics. When asked how quickly AMI is able to organize these types of events, she said "if it's just one clinic we can turn it around in just a couple of days, not even. But, if it's a bigger operation we do need at least 7 days to two weeks to turn around and make it happen."

Teachers will roll up their sleeves as vax clinics are set to open in Bucks Co & Pittsburgh. I spoke to AMI Expeditionary Healthcare about how locations were chosen as another clinic happens in Enola Thursday. Hear what goes into the operation at 10 @FOX43 https://t.co/wAdsoAYnsc pic.twitter.com/dthE8xTm57

It was just last week that Governor Tom Wolf and the bipartisan COVID-19 task force announced teachers and school staff would be prioritized for the Johnson & Johnson vaccine. However, Zebari said AMI has been working with Pennsylvania for some time on multiple projects so the company had plenty of warning something like this may be coming.

School districts had to turn in surveys of their staff members on Monday indicating who wanted the shot. Intermediate Units are being used to organize appointments as districts follow guidelines from the state.

"You require a lot of nursing involved in these missions. Physician-wise there's going to be a couple of us overseeing the entire operation," she said.

Zebari said there are multiple departments involved in the operation including PEMA, the PA Dept. of Health, and local municipalities.

The state has estimated nearly 200,000 educators may need the Johnson & Johnson shot. Zebari said the company does not yet have a completion date.