Majority of youth are not qualified to serve in U.S. Military, retired service members push for more education funding

HARRISBURG, Pa. – A report released Tuesday details how the majority of today’s youth are not qualified to service in the military. Retired generals... 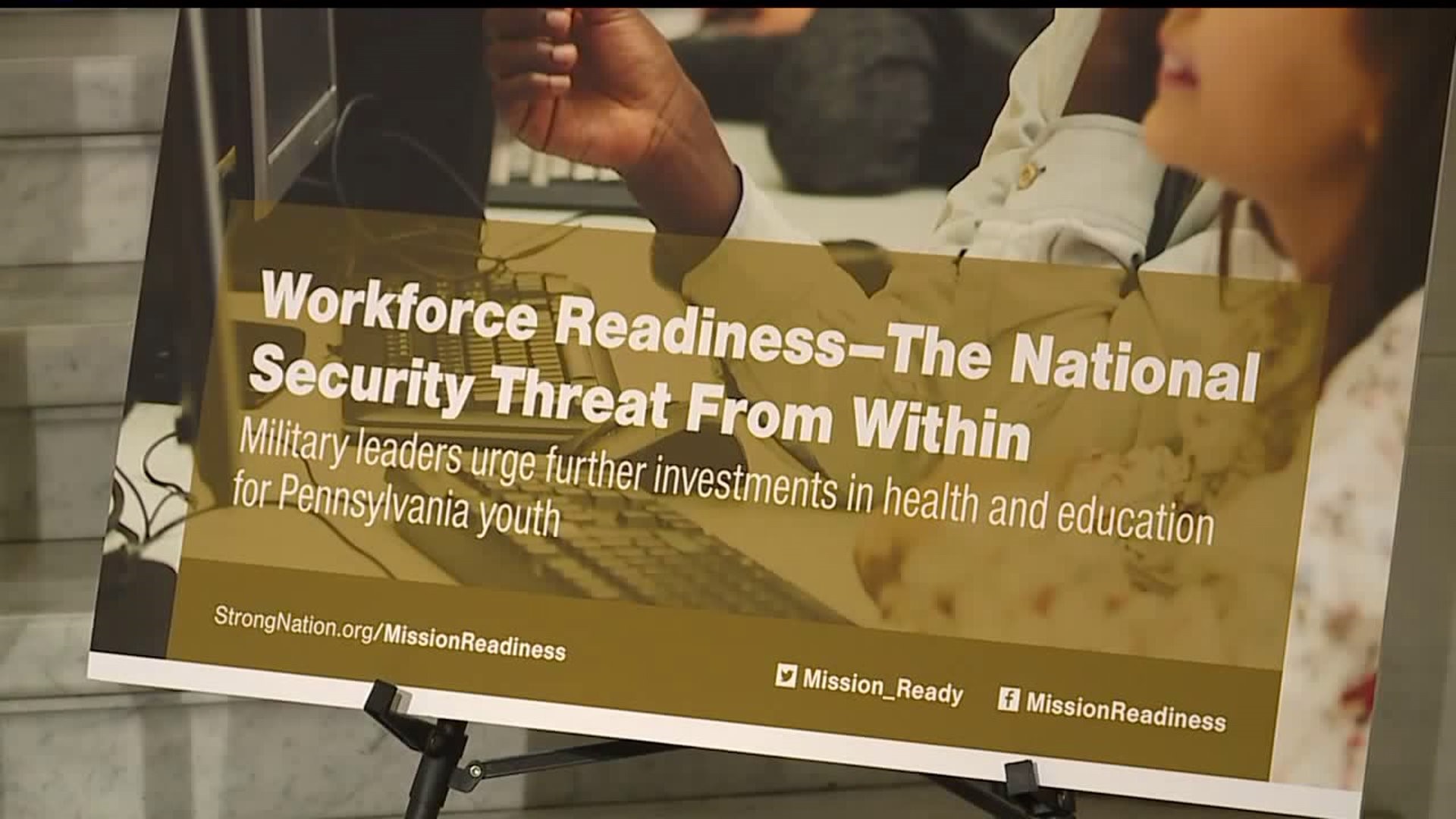 HARRISBURG, Pa. - A report released Tuesday details how the majority of today's youth are not qualified to service in the military. Retired generals and admirals with Mission Readiness, joined by Governor Tom Wolf, and several lawmakers unveiled their 'Workforce Readiness - The National Security Threat from Within' report.

"I'm concerned about having a sufficient pool of talented recruits to serve in our military in a time of need," said Lt. General Dennis Benchoff, United States Army, retired.

According to the report, more and more youth are not meeting military eligibility due to inadequate education, obesity, disqualifying health conditions or having a record of crime or substance abuse. In 2018, the U.S. Army missed its recruiting goal by 6,500 recruits. While the Army National Guard and Reserve missed its goal by a combined 17,000 recruits.

"The Services are forced to divert people from other things serving in other areas to those higher priority things," said Major General Anthony Carrelli, Pennsylvania's Adjutant General. "But then that leaves a hole somewhere else."

The reports states 71 percent of youth between the ages of 17 and 24 do not meet the military's eligibility requirements. Of the 29 percent of youth who do qualify, 13 percent are available and achieve a satisfactory score on the Armed Forces Qualification Test.

The retired generals and admirals now pushing to improve the quality of funding for early child care and education. Making sure all schools are equally funded so all children receive the same quality education.

"We can't just wait until our youth are at the 18-26 year range," said Major General Carrelli. "And then look and see there's a problem."

Governor Wolf says the next step is to meet and work in a bipartisan way to figure out ways to invest in education.