Participants will run or walk on a course shared by YWCA York or in their own favorite outdoor areas. 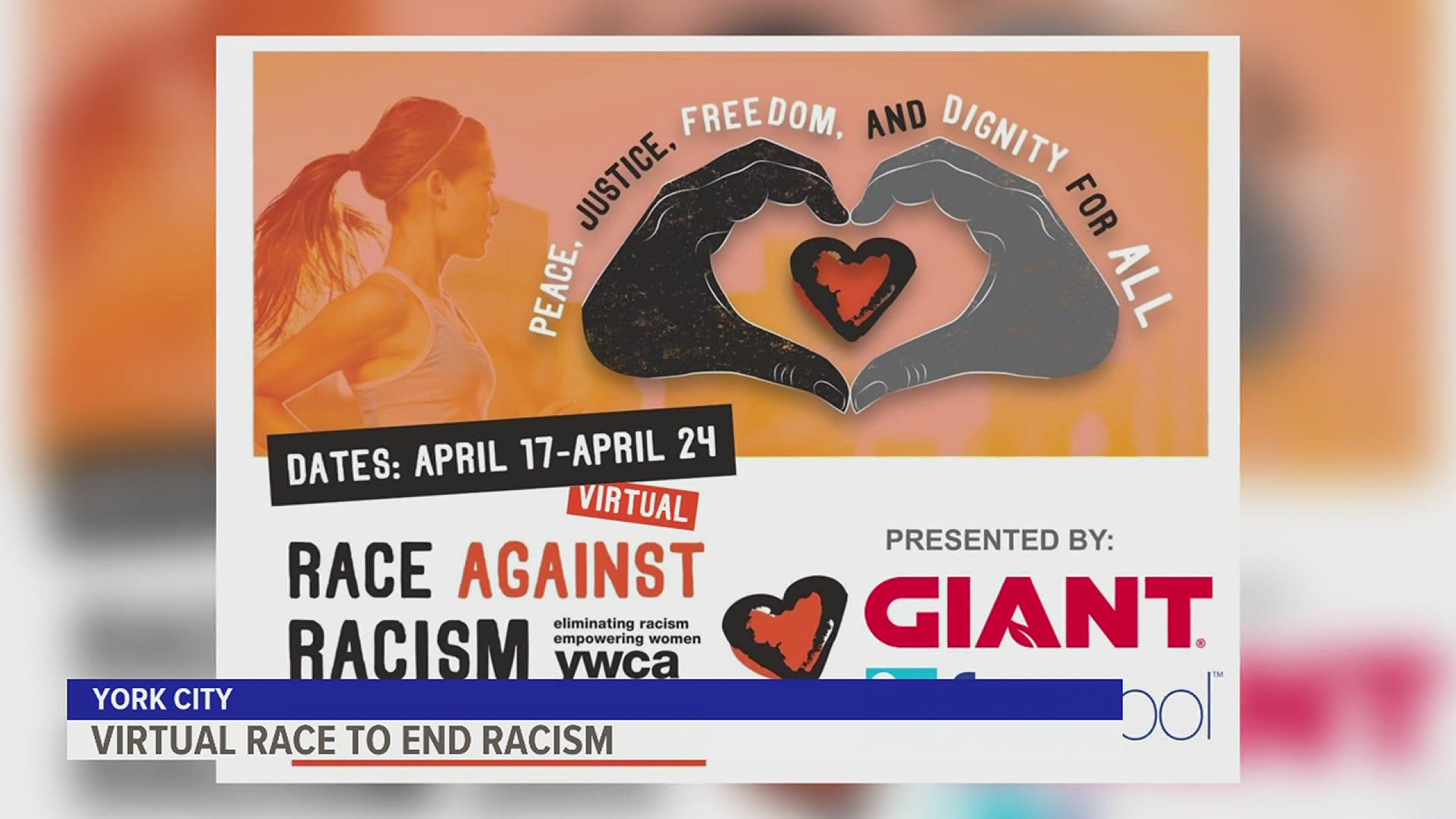 YORK COUNTY, Pa. — YWCA York’s 15th Annual Race Against Racism will be held virtually from April 17 until April 24. The event is a 5k race, run or walk.

Participants will run or walk on a course shared by YWCA York or in their own favorite outdoor areas. Event coordinators encourage people to share photos using #YorkRAR to show their support.

Race Against Racism is an event for YWCA York designed to build community and raise awareness about the negative impact of institutional and structural racism in communities.

This year’s theme is “Peace, Justice, Freedom and Dignity for All” in support of the organization's racial justice work and mission to eliminate racism.

"I really feel that there's positive change taking place. Race against racism is another way to demonstrate that commitment," said Jean M. Treuthart, CEO of YWCA York."It's a fun way to gather and to also take that stand and let people know that we're not going to tolerate this in our community anymore."

There will also three playlists available on Spotify to people listen while out on their run or jog. This playlist themes include oldies, women’s empowerment and energy. All you have to do is download the free Spotify app from the app store, search for YWCA York in Spotify and tap follow.