Anna “Romaine” Harris Frazier was born on February 25, 1921 and celebrated her birthday via the window this year. 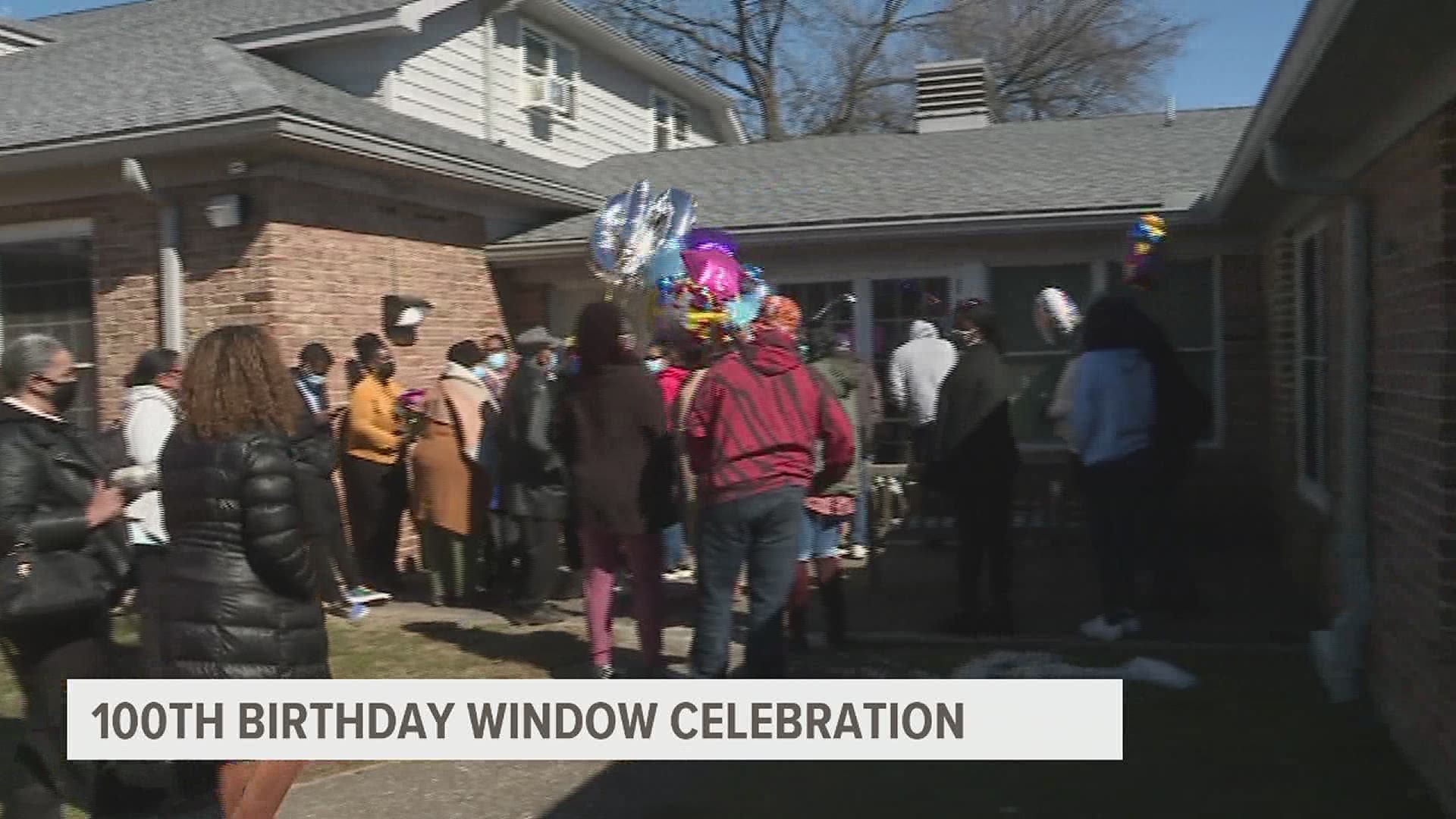 Frazier has lived at the facility since August 2019, and the home wanted to make sure she had her friends and family around her for her day, even if it was at a distance due to the pandemic.

Frazier was born in 1921 and is an avid collector of porcelain dolls and lover of cats and chocolate cake, according to her family. When she was younger, she loved travelling to casinos in Atlantic City.

Her family called her a "lovely woman who instills great values through great conversation."

"Even in her elder years her mind remains sharp as a tack and speaks her mind in a very loving and sincere manner," they said.