Scott Speicher, of Reading, and Colleen Steffan, of Fleetwood, are seeking $75,000 in damages after suffering injuries as a result of the incident. 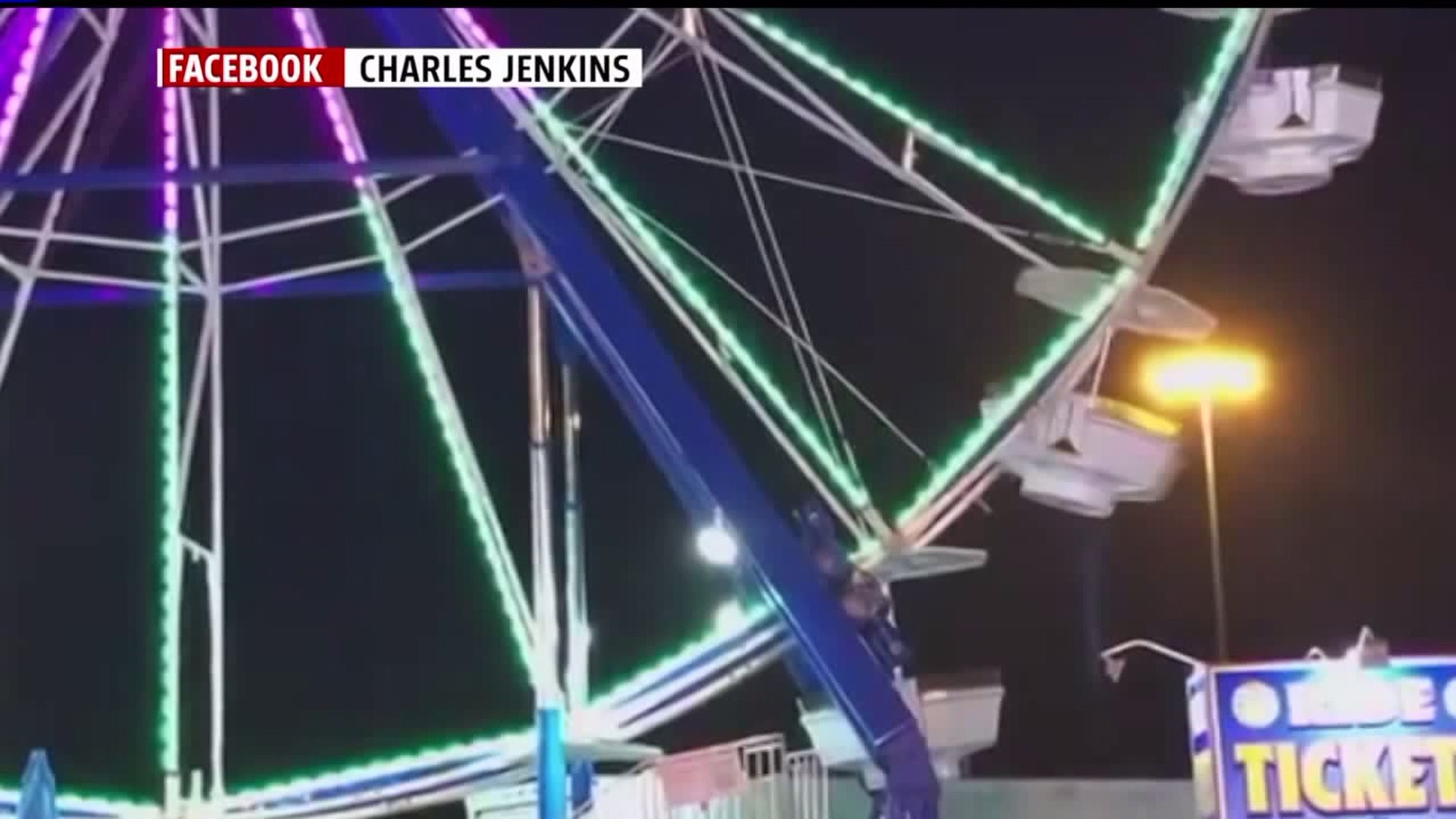 YORK, Pa. — A man and woman who were injured while riding the Ferris wheel at the York Fair have filed a federal lawsuit.

Scott Speicher, of Reading, and Colleen Steffan, of Fleetwood, filed a suit in the U.S. Middle District Court six months after it was concluded that a mechanical malfunction caused the car they were riding in to flip.

Now, the pair is suing Chance Rides Manufacturing which is based in Kansas, and Deggeller Attractions Inc., out of Florida, for providing the wheel at the fair and the inspector who cleared the ride for operation.

The malfunction on September 13, 2019 caused Speicher, 48, to fall 25 feet after being ejected from the ride, while Steffan, 45, was left dangling from the damaged car.

Speicher suffered multiple fractures to his head, ribs, and hand while Steffan has back injuries. The lawsuit the duo filed says both underwent surgeries for multiple injuries.

RELATED: Investigation into York Fair accident that hurt 2 is nearly over

RELATED: State investigating after two are injured on ferris wheel at the York Fair

In the suit, the duo claims that a metal bar became detached from their car, and prevented it from remaining upright when going around the ride.

Eventually, it flipped, causing Speicher to fall to the ground.

According to the suit, Steffan said she grabbed a metal bar and was thrown around inside the car "as if she was being rattled inside a cage."

In October 2019, the state Department of Agriculture did not impose any penalties and determined the accident to have been caused from a pin breaking free from a tie rod.

Before allowing the wheel to resume operation, the Department of Agriculture required Deggeller Atrractions to inspect the wheel for any other damage and for proper placement of retaining pins.

Now, the pair will seek more than $75,000 in damages on 14 counts while claiming that the accident was caused by hairpins that were defective and/or improperly installed.

You can read the lawsuit in its entirety here.