A York retiree last year got hooked on a new hobby: loom knitting. He's using it for a good cause. 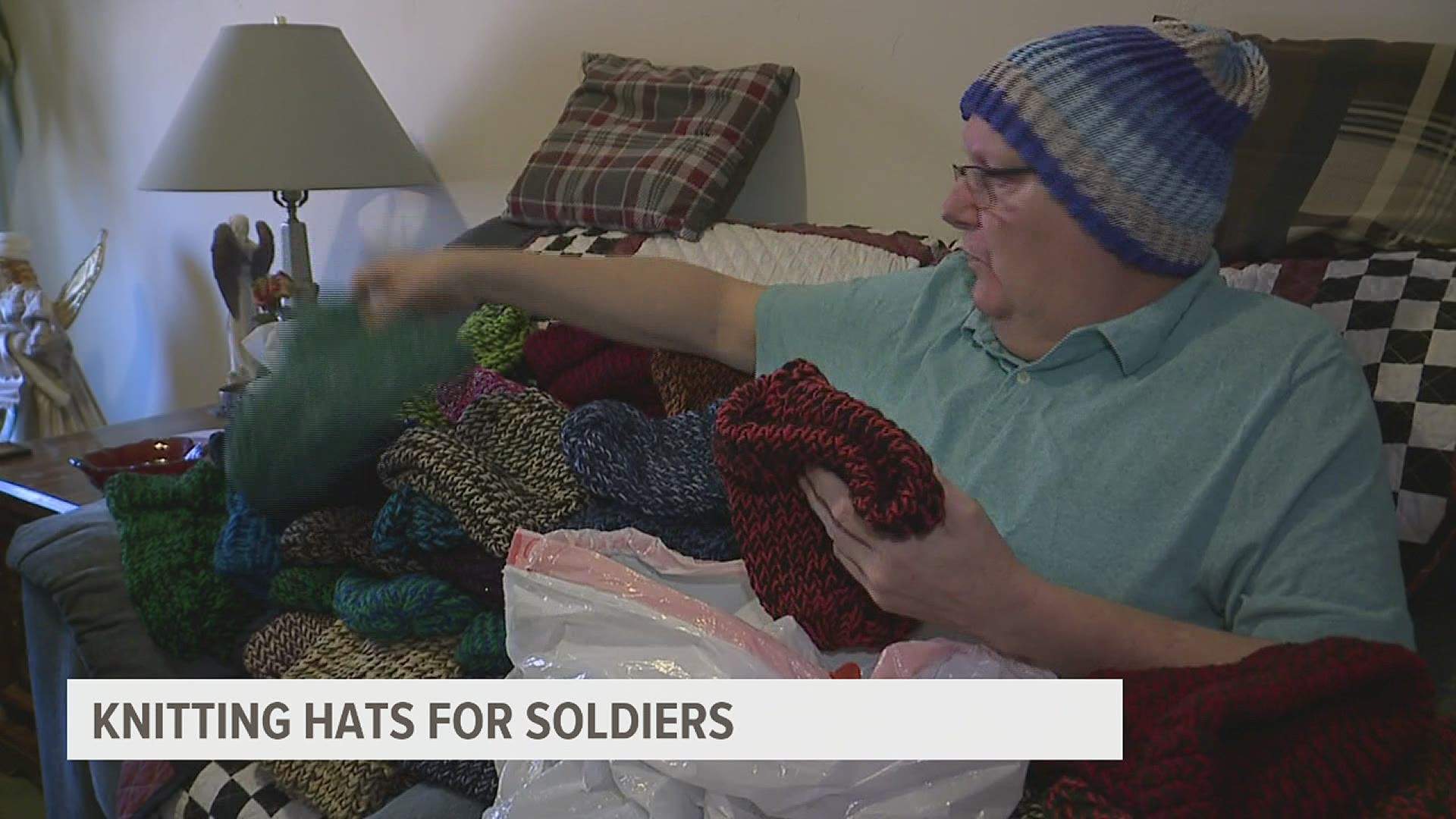 Randy Grove, 64, took knitting lessons at White Rose Senior Center, but kept winding the yarn too tightly around his needles. He instead turned to a round loom.

During the pandemic, Grove put his new skill to use knitting hats for those in need, including school children and those experiencing homelessness.
Soon, however, he decided to give his creations to veterans.

Grove said he couldn’t serve in the military due to a medical condition but still wants to show his gratitude through his hats.

Through connections at the Elks Lodge of York, Grove discovered there was a need for warm hats on military bases, specifically at Joint Base Elmendorf-Richardson (JBER) in Anchorage, Alaska.

He got to work, using yarn donated to nearby Asbury United Methodist Church.

Grove’s goal is to send 500 hats to JBER, though he admits that number is merely a drop in the bucket for their needs.

“Our contact from the USO in Alaska told me they have a need for this type of beanie, a need for 4,000,” Grove said.

He sent the base more than 200 hats for the holidays.

Several soldiers sent thank-you notes and pictures of themselves in his hats.

“That made my day,” Grove said. You don't know how many tears of joy that I shed over this project. It's just a work of love.”

Grove is still working toward the 500-hat goal; he boxed up another 55 hats to ship on Sunday.

He wants to start a hat knitting club to speed up the process and is hoping to start teaching others to loom knit as soon as the pandemic is over.