'Total chaos': Many say York County intersection needs to be changed, but how? 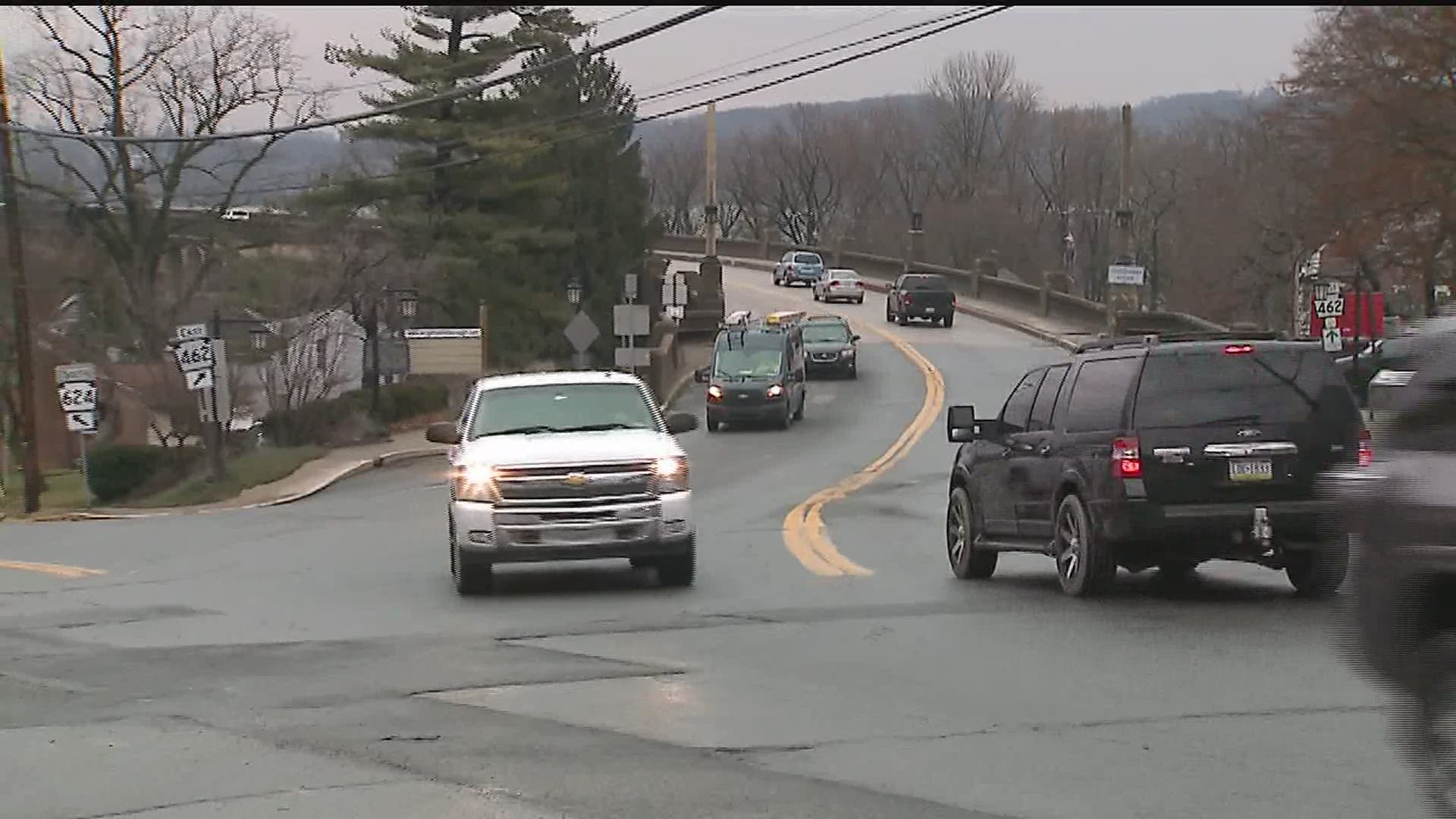 The Wrightsville intersection that sits right outside of her shop is a 5-way epicenter of confusion with drivers not knowing where to turn, when to turn, or how to see oncoming traffic, she claims.

York County’s Planning Commission agrees the traffic where several roads meet at Hellam, Second, and Route 462 near Veterans Memorial Bridge, is a problem. But, the Commission and PennDOT are still discussing the best way to fix the traffic flow.

PennDOT said it did consider the option of adding a traffic light, but the intersection did not meet any specifications that would allow a traffic light to be installed. Therefore, PennDOT tells FOX43 a traffic light has been removed from consideration.

Options for the intersection, which include the possibility of a roundabout, will be on display at a public meeting set to be held next month that will discuss the rehabilitation of Rt. 462 (Veterans Memorial Bridge). A date for that meeting has not yet been released. During that meeting PennDOT will:

PennDOT said they are developing renderings and videos to show the public how all options will work and that officials will consider recommendations. Preliminary engineering, cultural and environmental tasks, and other work items are not expected to conclude until Winter 2020 at the earliest. The final design, right of way, and utilities phases will likely occur spring 2021 through fall 2022.

The project is not anticipated to be bid until winter of 2022, with construction lasting at least three seasons beginning in winter 2022/2023.

"Because of the scale and complexity of rehabilitating the bridge, it is likely to take slightly more than three years to complete. The first stage will involve substructure work that will have a minimal or intermittent effect on traffic. The above deck work will be performed in multiple stages, and is expected to affect traffic in some stages, but not others. A vehicular closure during one stage for one-plus year, is being considered. Bike and pedestrians access across the Rt. 462 bridge is proposed to be maintained for all stages,” said Mike Crochunis, PennDOT spokesperson.

PennDOT tells FOX43 the  total cost estimate for the five-point intersection is around $3 million for all phases (Engineering, ROW , Utilities and Construction), with construction estimated at $2.5 million.