Snowmobile sales are piling up this winter like the inches of snow on the ground, as many are looking for ways to get out of the house and into nature. 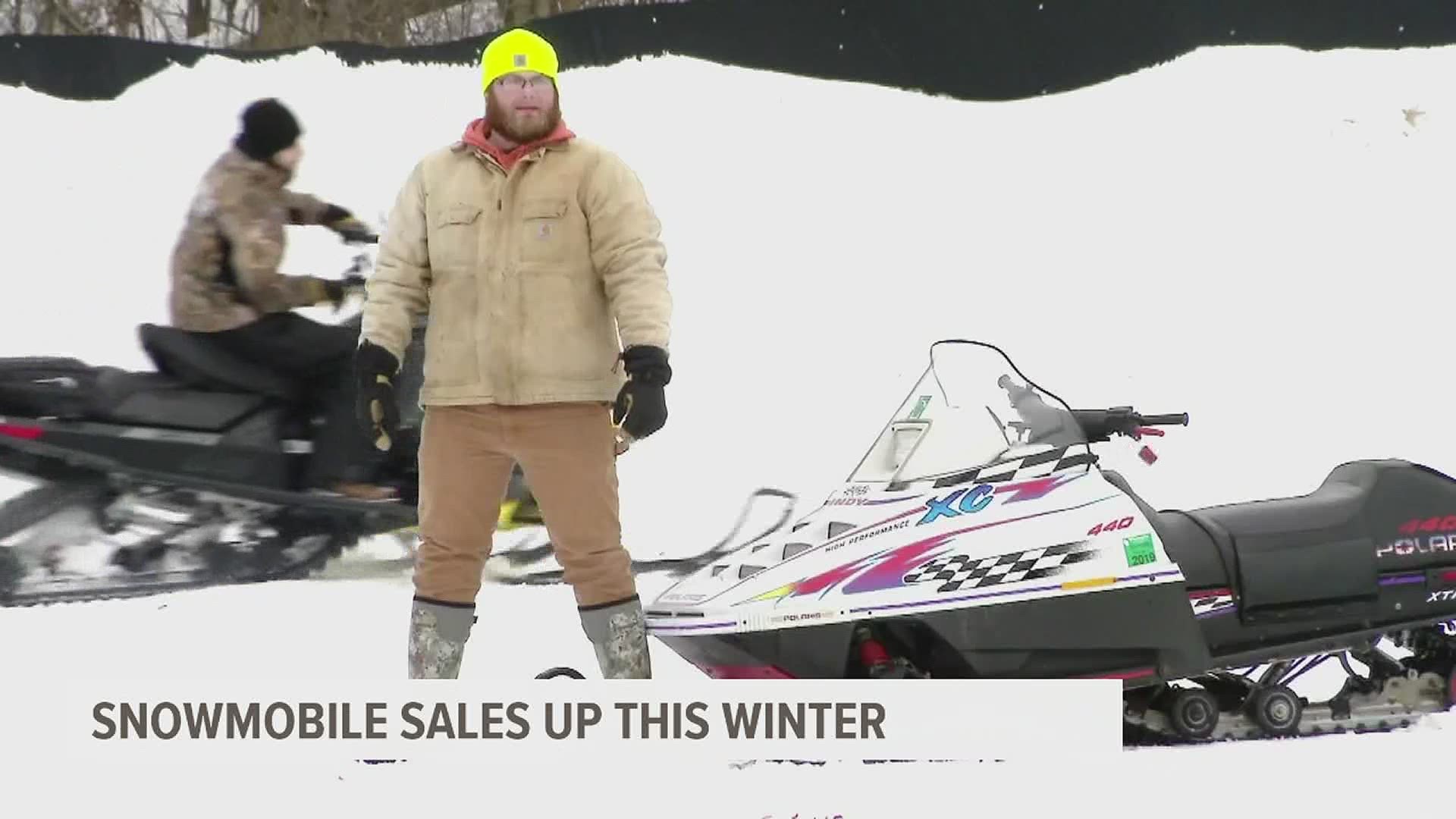 SPRING GROVE, Pa. — Snowmobile sales are piling up this winter like the inches of snow on the ground, as many are looking for ways to get out of the house and into nature amid the pandemic.

Sales of snowmobiles are up 19 percent from last year, according to the International Snowmobile Manufacturers Association.

Outdoor recreation dealers in Pennsylvania confirmed they were seeing an uptick in interest and sales.

“They can’t keep them in stock, whether it’s new or used sleds, clothing, anything to do with snowmobiling,” said Liz Krug, president of the Pennsylvania State Snowmobile Association.

“We live here, own the sleds here, but we pack up and head north: Quebec, Michigan, New York,” Sell said.

The more than two feet of snow that has fallen in York County so far this year, however, is drawing more local interest in snowmobiles, also called sleds.

In addition, outdoor recreation has become more popular during the pandemic.

“People can’t go on cruises [or] pay to travel, so they’re staying home and enjoying themselves locally with family and friends,” Sell said.

“We have to be careful because there are so many new people using the equipment like a snowmobile that they’ve never used before,” Krug said.

For new riders, Krug suggests finding a local club, which can assist in finding the right equipment. Her other tips include making sure your sled is registered, wearing a helmet and staying on the trail.