The fire took more than eight hours to put out. 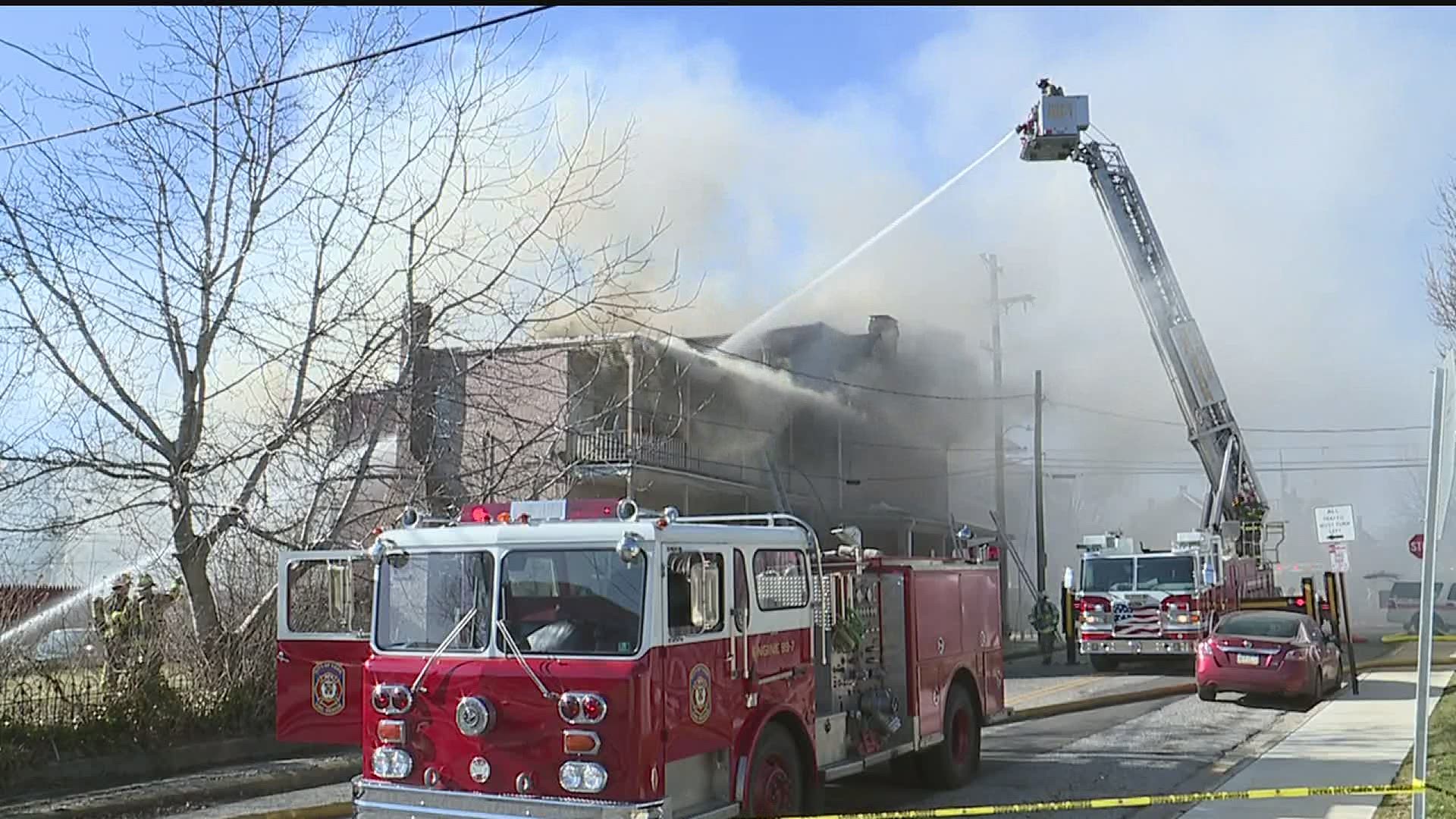 YORK, Pa. — A massive fire takes hours to put out in York, and it displaces more than a dozen people on Saturday.

It happened along the 600 block of East Philadelphia Street just before 2:00 p.m.

“I heard the glass breaking in the upstairs second floor apartment and I just knew it was  done,” said Jennifer Melendez, who lost her home to the fire.

Melendez says her mom was outside raking leaves when she noticed smoke and fire just two doors down from them.

She says the flames made its way to other homes, including hers.

“I’ve been through this before back in 2001 on Broad Street so I know what it feels like to lose everything and start all over,” said Mendez.

York City Fire Chief, Chad Deardorff says when they arrived, heavy flames were coming from the rear of 634 and 630 East Philadelphia Street.

“We had some difficulty because the building construction has some tin roofs underneath some other roof settings,” Deardorff added.

The fire took more than eight hours to put out. Crews could still be seen on scene into the night.

“There was a lot of fire with travel both vertically and horizontally,” said Deardorff.

Officials say two of the homes had people inside, luckily everyone made it out safely.

A dog was also lucky enough to be rescued by a firefighter.

The American Red Cross confirms it is assisting 9 adults and 3 children.

An investigation is underway to determine the cause.

RELATED: Crews on scene of fire at West Philadelphia Street in York