The woman has been out of her home since February 25th. The project was put on hold due to Governor Wolf's life-sustaining business order 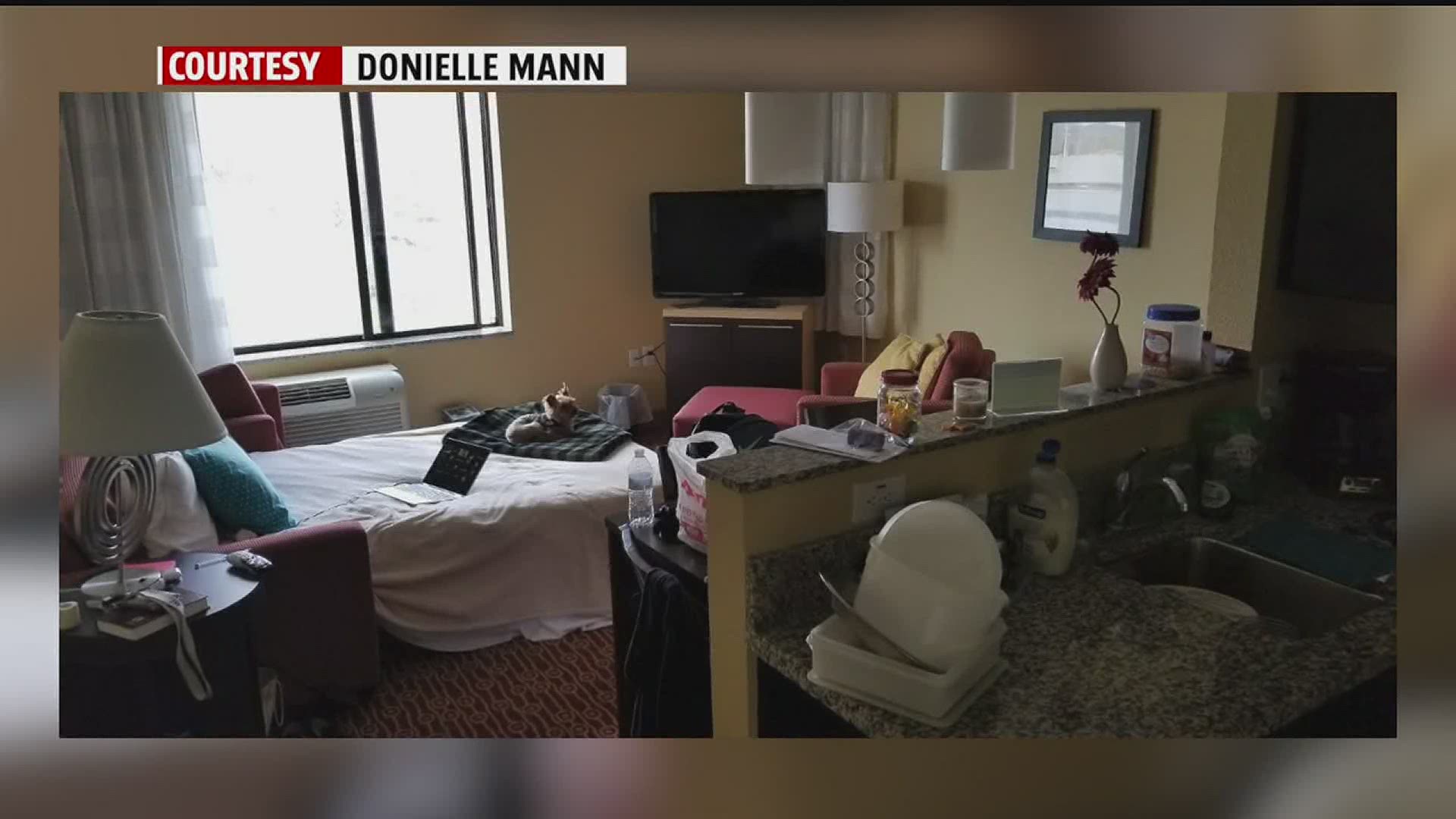 YORK COUNTY, Pa. — A York County woman is raising concerns over the definition of a life-sustaining business. She's now spent four weeks in a hotel as mold remediation at her home is put on pause.

Donielle Mann, of York County, has been living in a hotel with her two daughters since March 7th. They left their home February 25th as a mold remediation project was underway. Her neighbor's water heat burst in December, and water got into the wall they share. Mann was unaware of the problem, as water never seemed into her condo, until she saw a restoration crew outside her neighbor's home in January.

"We can't even function to live in our house because even the stove is moved out," said Mann. "We can't use anything."

While the remediation project is considered the work of a life-sustaining business, the hold up surrounds the removal of her kitchen countertops. They need to be taken out by a specialist before the project can begin.

"We did have a company that was ready to come in and then the shut down order came," said Mann. "They applied twice for a waiver and were denied twice. So, there's nothing we can do."

"Is this going to fall on me? Am I responsible for picking up the rest of this tab? because that's not something I can afford."

FOX43 reached out to the Department of Community and Economic Development, they said:

"Mold removal work would be considered life-sustaining, as would all emergency work necessary to effectuate that remediation. It is important to note that while a business may have been denied a waiver, it does not preclude them from performing work that would otherwise be covered under the governor’s order — like emergency repairs such as this. However, businesses operating in emergency situations must still implement social distancing guidelines as directed by the Pennsylvania Department of Health and Centers for Disease Control and direction from the Trump Administration to avoid groups of 10 or more people."