Overcrowding and overflowing in the morgue have persisted, leaving taxpayers to foot the bill to help pay for cremations if the county cannot locate family members. 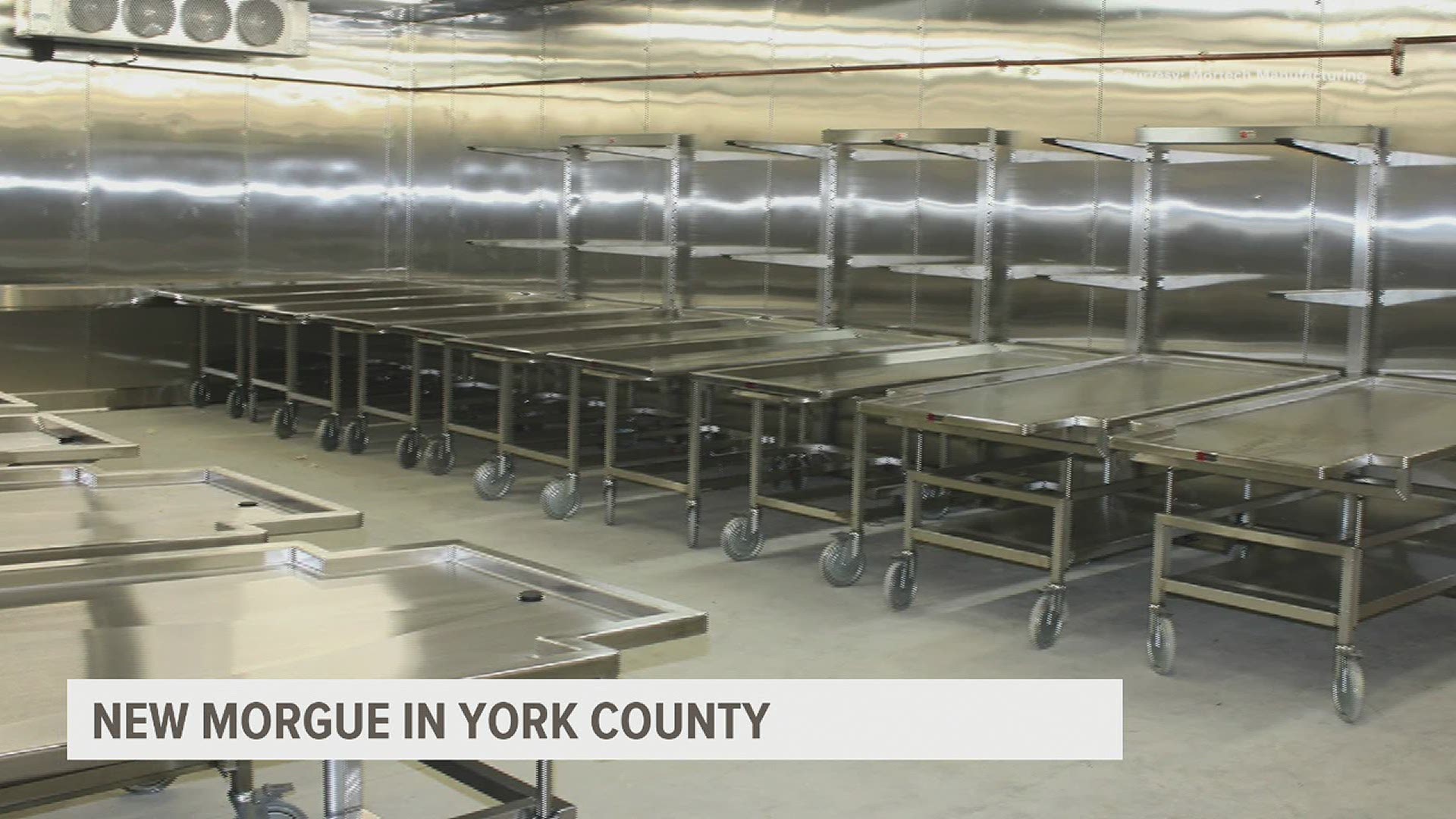 YORK COUNTY, Pa. — York County has been the only county in the mid-state without its own morgue. Next year, that will change as construction on the county’s new morgue moves along.

Work on the new county morgue is expected to wrap up by mid-February, with the hope that the morgue can be in use by April 2021. Currently, the county shares their morgue with WellSpan York Hospital and there is only enough room to hold about nine deceased adults for a county with a population of nearly 450,000.

The county morgue has had limited space for years and it has become a grave problem during the COVID-19 pandemic. Coroner Gay said the hospital has needed more morgue space than usual, due to COVID-related deaths.

Overcrowding and overflowing in the morgue have persisted, leaving taxpayers to foot the bill to help pay for cremations if family members cannot afford funeral costs on short notice or if the county is unable to locate next of kin.

“When the morgue runs out of room, we’re on the phone with funeral homes and families and the hospital trying to figure out who can be discharged per se or who can be removed from the morgue,” Coroner Gay said. “Sometimes, it forces families to make decisions a lot faster than they ordinarily would.”

Construction is moving along on the new York County morgue. @YCoCoroner Pam Gay says work is expected to wrap up by mid-February with an opening slated for April 2021. The new morgue will be able to hold more than 3x as many decedents as the current morgue. pic.twitter.com/JTUznrDVNm

On July 6, the York County Coroner’s Office moved into new office space at the York County Prison. The total estimated cost of those renovations and the new morgue space is $2.2 million, considerably lower than other counties. At a gross square footage of 6,650 square feet, it is equivalent to a total gross cost of $343 per square foot, including significant fixed equipment costs.

Construction on the county morgue also includes room for proper examination, space and ability to stack—if there’s ever a mass-casualty event—and a viewing room for grieving families.