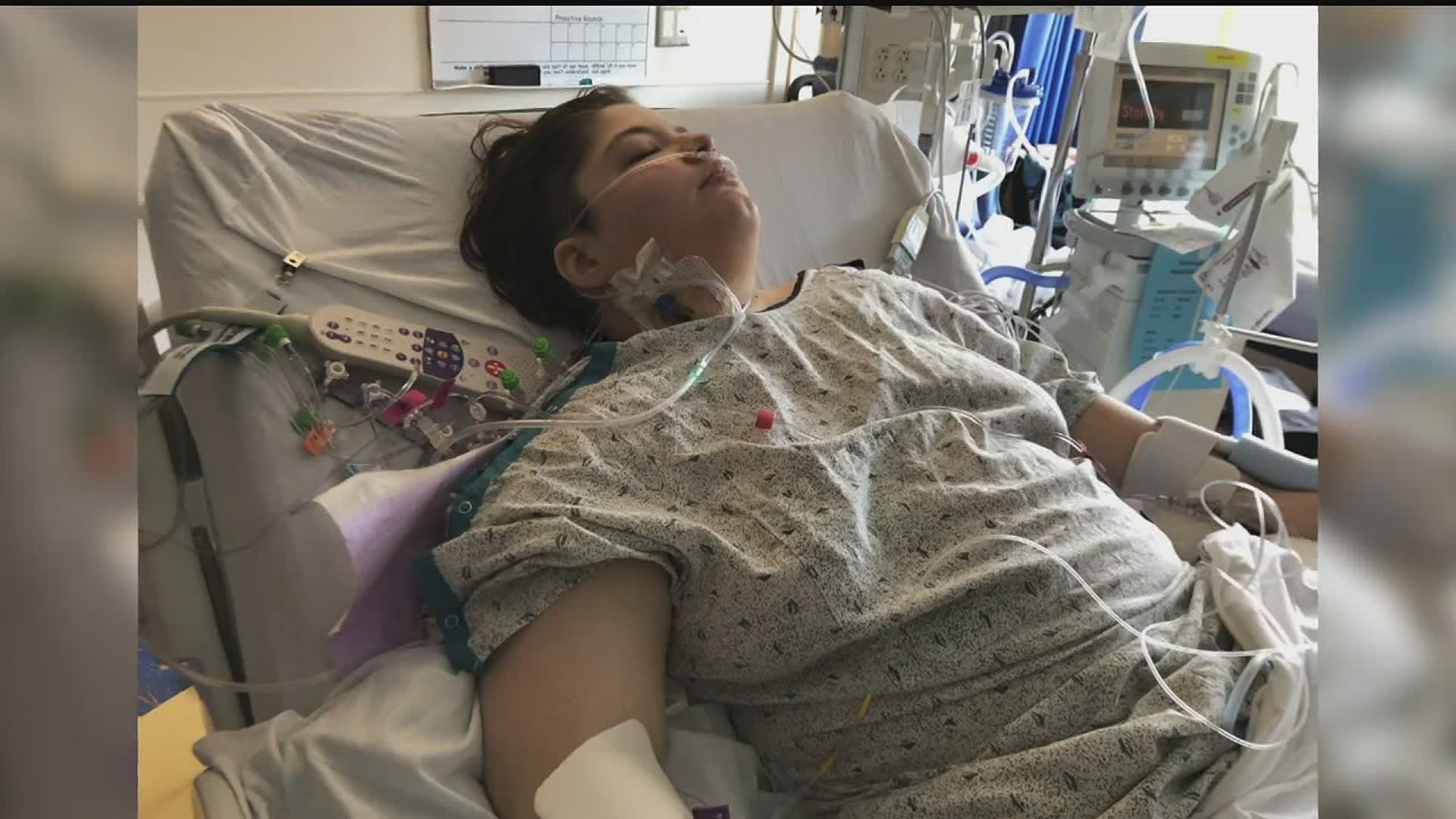 YORK, Pa. — You may remember hearing about Alex Kepner on FOX43 over the past year. At age 16, the Dallastown teen was in stage 4 kidney failure and desperately needed a new kidney to live. Alex's mom Jennifer Fink hit the ground running to find a donor as soon as possible for her only son.  More than 20 people responded to her call for help, and the person picked as "the one", ended up living not even 10 minutes away.

From that moment on, there were a series of coincidences that led up to the York county man, saving Alex's life.

"I felt like I needed to do something that was, that made a difference," said Chris Telewitz. He saw a post about Alex Kepner needing a kidney on Facebook and FOX43 last year and immediately sent a text to his wife Wendy.

"I was at work and I got a text that said hey, what would you say if I wanted to give a kid my kidney," she laughed.  A known prankster, she initially thought he was kidding.  That is, until he called the transplant team at Hershey Hospital. "They actually were concerned because they want to make sure you're in your right mind, because they said it's not normal for a stranger to donate to a stranger," Wendy said.

A fitting sentiment perhaps,  about a process that has been anything but normal.

"The more we learned about what this kids story really was, he needed a break and my husband is the one god chose to do that," Wendy said.

Their strong faith, leading the way through the experience they are now calling, "the holiday kidney."  "This all happened and was guided and so ordained.  I knew there was a reason... this all happened for a reason," said Wendy looking at her husband lovingly.

On January 24th, Wendy's Birthday,  the couple spent the entire day meeting the transplant team at Hershey and having more tests done.

On Valentine's day, the transplant team called and informed Alex and Jennifer that they had found a match.

It was no prank on April Fool's Day when Hershey called them to postpone the surgery because of COVID-19.

And finally, on June 1st- the couple's anniversary, Chris was admitted to the hospital to prep for surgery.  (Which went well on both ends!)

Wendy said her husband dislikes being in the spotlight and hates people calling him a hero. She didn't seem too surprised that her selfless husband came out of surgery still groggy and in pain and the very first words out of his mouth were, "How is Alex? Is he okay?"

Now, a few weeks later, and with Alex doing great, he can joke a bit more.

"I'll feel better when he's walking around and he's doing all the things he needs to do as a 17-year-old. I guess that was my opportunity to do something that made a difference... and wouldn't that be great to come to find out that he went on to find a cure for cancer, cure for autism, or cure for kidney disease...you know what I mean? You just never know," Chris smiled.

Wendy agrees.  "I think this is a great time to have had this happen because we are looking at ugly times and there's good stuff, and there's still good people...and great stories.... and he's one of them... and so is Alex," she said.

Alex and his mother said there are no words to adequately express how they feel.  "Thank you seems like such an overused and small expression for giving someone the chance at life that they normally wouldn't have had. There's a depth of gratitude that cannot be properly expressed in words," Jennifer said.

Alex and Chris are doing great after their surgeries, and now Wendy said they are focused on advocating for more people to become living donors. They believe more people don't volunteer because they can't afford to take more than a month off work to recover.  Wendy and Chris new that they would need to be careful with their finances, since Chris was only getting 60 percent of his pay for short term disability.  Wendy said she was planning on working overtime to make up the money, but then COVID-19 hit. While she says they will be okay, they would love to someday see a fund established that would financially assist anyone willing and able to save a life by donating.

The weird coincidences don't end there.  Chris and Wendy also happen to live 3 doors down from me and in full disclosure, have been dear friends of mine for years.  What are the odds?????