A Central York High School senior and her family made a light-hearted video of her walking alone at graduation, while trying to keep everyone's spirits up. 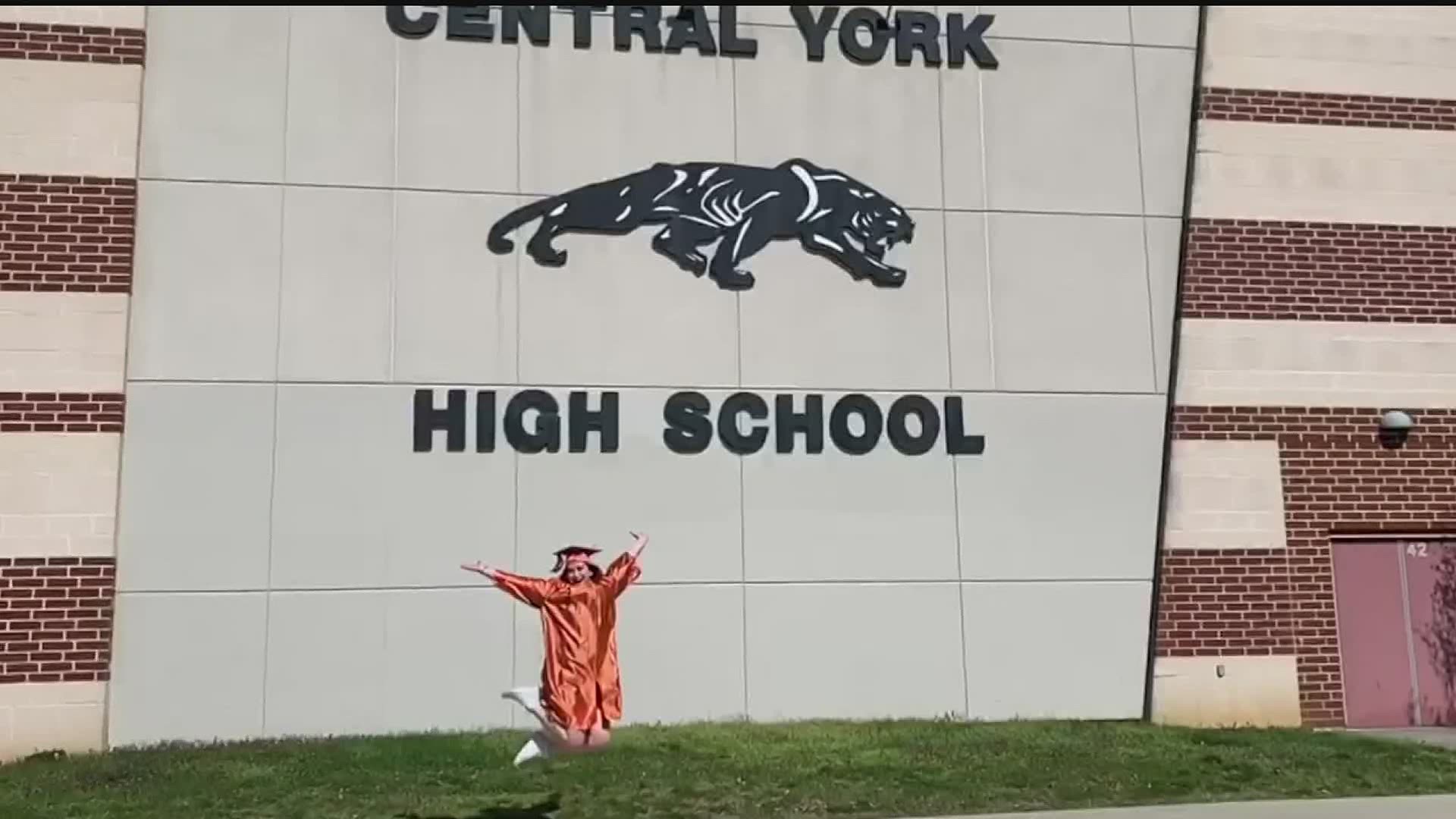 YORK COUNTY, Pa. — As schools remain closed because of COVID-19, graduating seniors are left with a number of questions. The big one - will they have a ceremony?

One York County high school senior is trying to make the best of a potential worst case scenario.

Central York High School senior Erica Jones and her family made a video of her "walking" at graduation, after coming to terms with the fact that she probably won't be having a ceremony so she could have the memory she worked four years to get.

"It was our dad's idea," Erica said. "We were just going to go take pictures and have it be like a fun thing. But then we kinda got the idea to make a funny video out of it. We thought it would be cool just to give people something to laugh at."

Erica grabbed her sister's old cap and gown. Her mom and dad got dressed up. And her older brother Joe put his amateur shooting and editing skills to the test.

"Me and Olivia had our day with graduation and if she doesn't get one we wanted to make sure she got recognized somehow," Joe said.

The result was a hilarious two minute video of Erica receiving her diploma alone. Her dad doubled as a principal.

"We were all on board with it," Joe said. "We actually love making videos around here. Especially when we're bored, which has been quite often now."

All jokes aside, Erica recognizes how the coronavirus robbed her of her final days of high school.

"People are talking about prom and graduation and things that probably won't happen," Erica said. "But it's weird. It's extremely weird."

No high schools have cancelled their commencement ceremonies yet, however, Governor Tom Wolf ordered all schools to remain closed indefinitely until further notice, so it's likely that could change.