A York County alligator that made international headlines two years ago is once again turning heads. The reptile played an important role in a recent wedding. 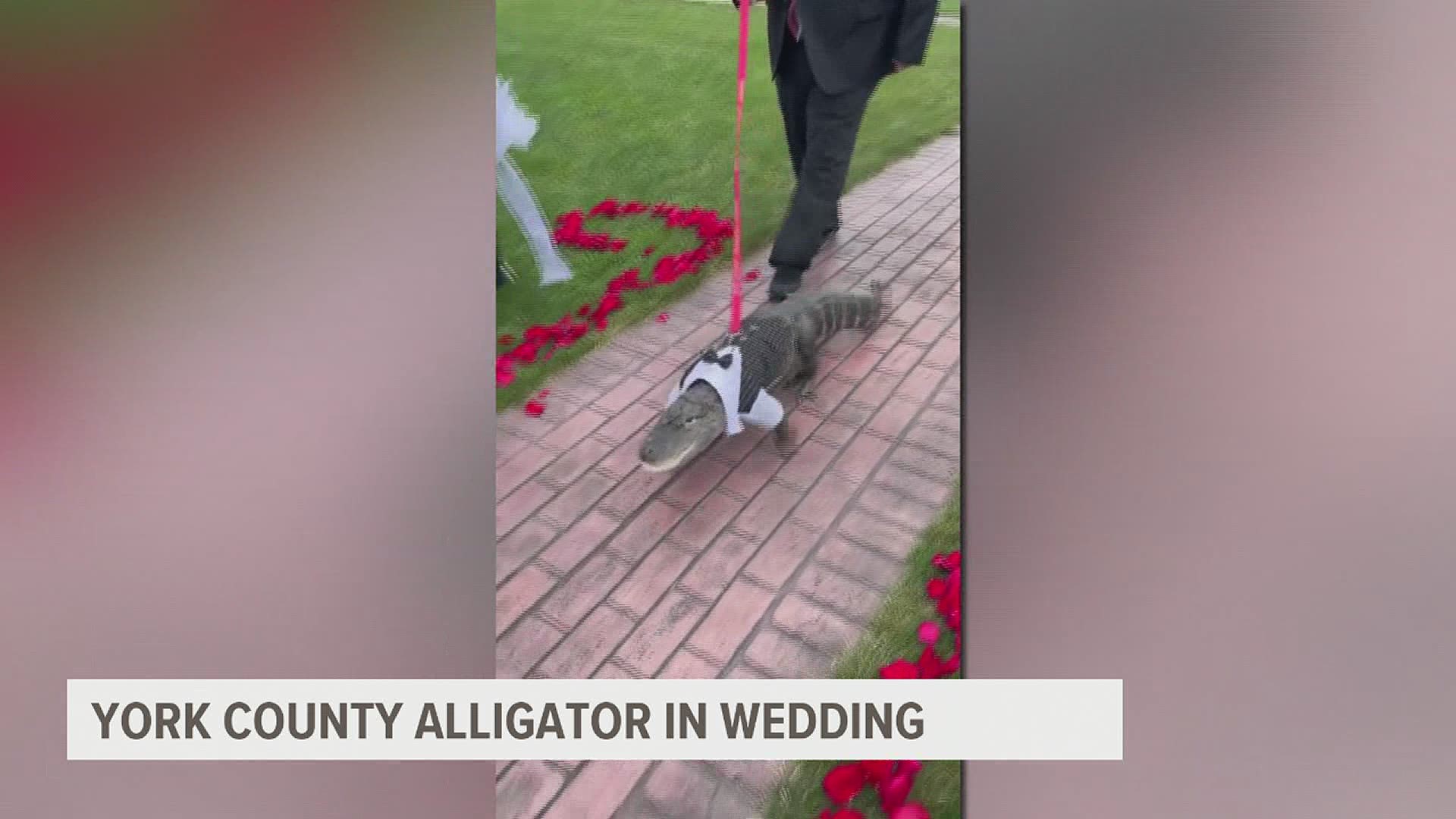 YORK COUNTY, Pa. — What's frightening to some people is comforting and a source of happiness to others in Pennsylvania.

A York County alligator that made international headlines two years ago is once again turning heads.

A couple invited a scaly guest to their wedding and asked the gator's owners if the reptile could play an important role in the ceremony.

The gator named 'Wally' donned an adorable black tux actually designed for a dog and carried arguably two of the most important things at any wedding: the rings.

Danielle and Jake Newman invited Wally who they say comforts the bride.

"Dani was Wally's first girlfriend. Jake come along. He approved of Jake, but I don't think he approved of the wedding, because when they went to get the rings off, he literally tried to take off," laughed Joie Henney, Wally's owner.

Henney believes it might be the first time a gator held such a high honor.

"He was probably the only one. I don't know of any others," he said.

Wally danced for a bit at the wedding; however, he had to go in Henney's truck because he was "naughty." Henney describes Wally as a troublemaker.

"He unplugged the pump from the pond and dumped 300lbs of water on the floor. He ran under the bed because he knew he was in trouble," laughed Henney.

Henney swears Wally is unlike any other gator.

"You can't do anything like you do with wally with any other.. I can't do it with the other two [gators]," Henney said. "He's not normal... He eats chicken legs, dead rats, and he eats Puffin Corn. That's all he eats!"

Wally also swims in pools, likes to dress up as 'Santa Claws'. and frequently sits alongside diners at Rusty Roosters Café.

"It's amazing. When do you ever go into a restaurant and say, 'breakfast with Wally the alligator.' I love it," said Anna Haws, who works at the cafe.

Wally might be the favorite thing not on the menu.