Families were able to enjoy live music, food, and hands on activities for kids. 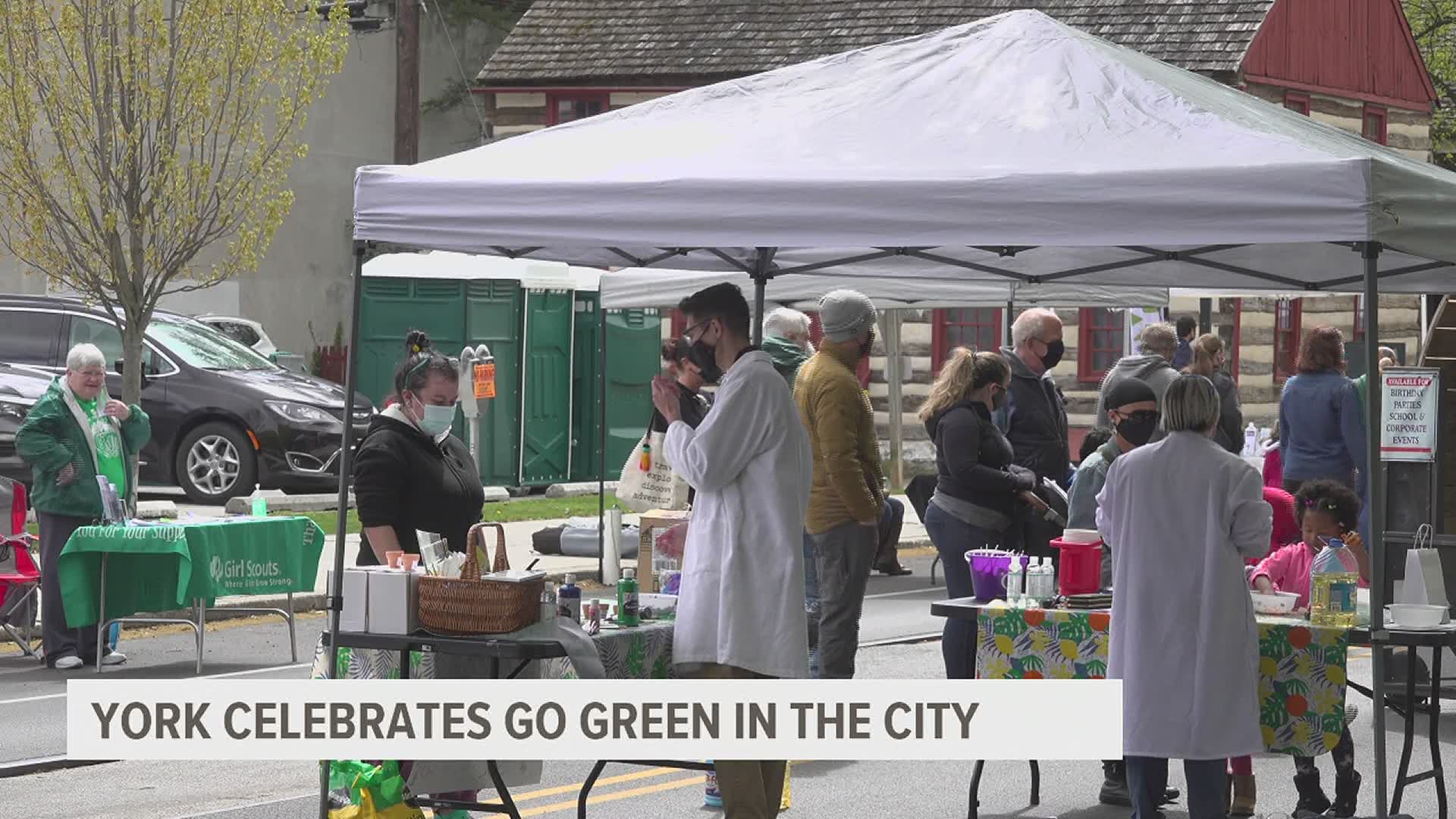 YORK, Pa. — A family friendly festival in the heart of downtown York on Saturday morning for its 13th year.

"It's all about celebrating green and healthy living," said the Director of Downtown Inc. Elaine Bonneau.

Families were able to enjoy live music, food, and hands on activities for kids.

Organizers say it was important for them to continue to emphasize the message that you can live healthy in the city.

They also wanted to be able to bring the community back together after a year of isolation.

"I think we're all looking for that time of light at the end of the tunnel, you know when we can safely gather together. We just spread out a little bit more, but we're still here together as a community and I think that's important for everyone right now," said Bonneau.

The event had over 40 vendors, one of them was York County solid waste authority.

The booth aimed to teach kids the different ways to get rid of solid waste, whether that's by composting or recycling.

"What they're doing is, they're putting dirt in the cups, they actually can play with the worms a little bit, they put the worms in the cups, and then they take it home with them. And then they see, in a couple of weeks they'll see more dirt in there, so they can actually see the worms recycling in there," said Jennifer Cristofoletti from the York County solid waste authority.

They say it's never too early to teach kids about caring for the environment, especially because we only have one earth  and it's our job to take care of it.

"We all live here, we play here, it's great to have  an event like this. So, it kind of makes people aware of their surroundings and what to do to keep things clean and green," said Cristofoletti.

The organization says they were expecting a couple thousand people to attend.

Downtown York celebrates another year of "Go Green in the City." Hear on @fox43 at 10 why organizers say it's never to early to teach kids to care for the environment. pic.twitter.com/0o6y0XEtyV