The lawsuit alleged officers failed to get Terelle Thomas medical treatment knowing he ingested a large amount of cocaine during a traffic stop. 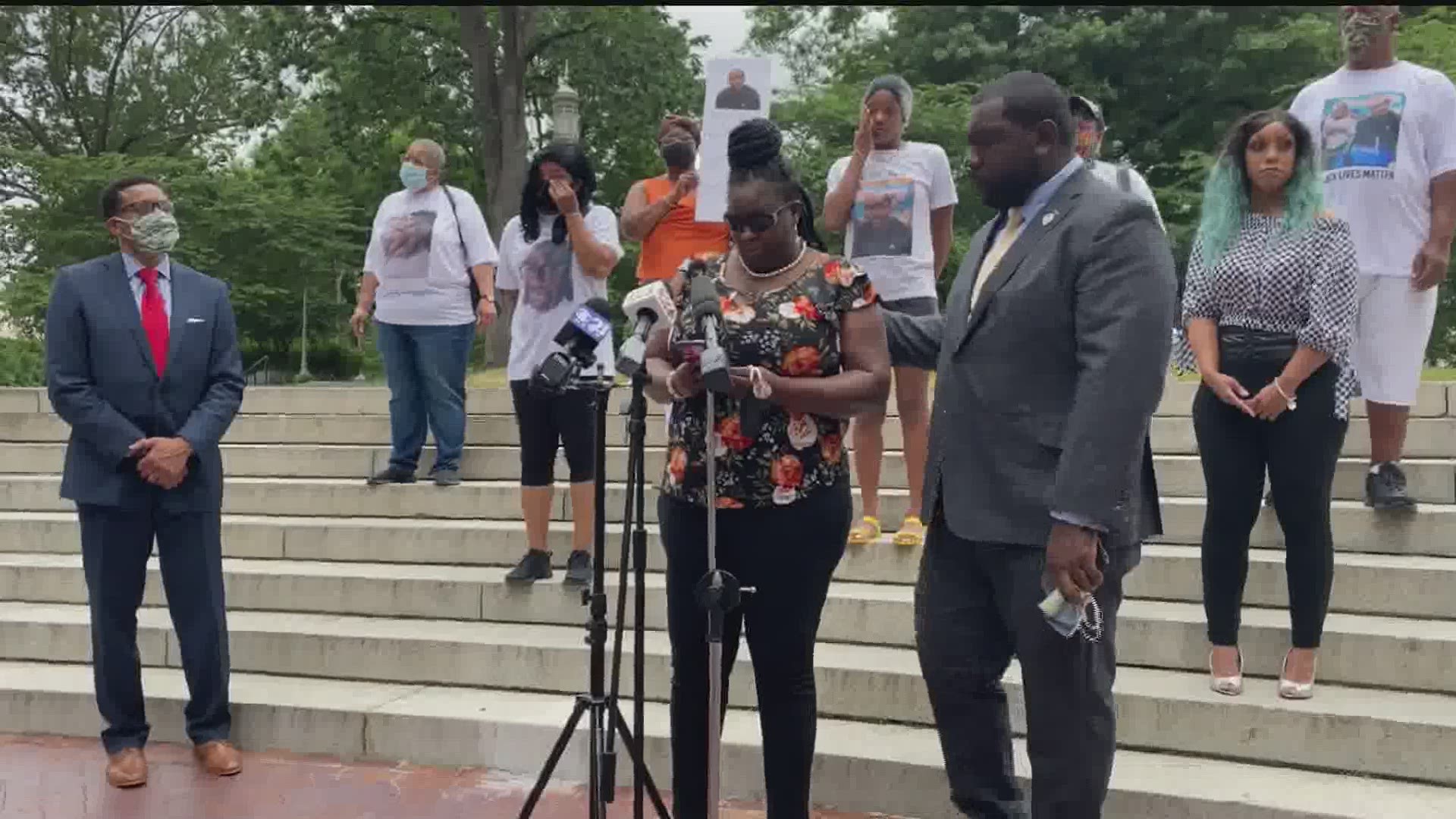 HARRISBURG, Pa. — A wrongful death lawsuit has been filed against the Harrisburg Police Department and Dauphin County. The lawsuit alleges negligence in the death of a Harrisburg man while in police custody in December.

"Terelle was taken from us too soon," said He was murdered while in police custody."

The lawsuit claims Harrisburg police, Dauphin County probation and prison employees failed to get Thomas medical treatment knowing he had ingested a large amount of cocaine during a traffic stop.

"I use the word hate very loosely when I say, I hate what you did to him. His daughter and his family," said Theresa Bell, the mother of Thomas' 6-year-old daughter. "The people who are supposed to protect us are the ones we fear the most. You will reap what you sow. Justice for Terelle, we will not stop."

During the December traffic stop, the Ofc. Daril Foose who wrote the police report said, As I looked at him, I could see strands, almost gum and paste like, forming in his mouth as he is talking to me. From my knowledge, training, and experience, this behavior is common for individuals who have ingested an item to conceal it from police. I notified my partner, APO Kinsinger, that I believed Thomas was concealing something in his mouth and to detain him. APO Kinsinger was able to detain Thomas and yelled for him to spit out the items inside of his mouth. Where Thomas did spit was a white liquid that resembled crack cocaine attempted to be swallowed. As other units arrived on scene, both Wilkerson and Henderson were detained. After Henderson and Wilkerson were detained, I was able to go and speak to Thomas. Thomas's mouth indicted to me that he had ingested a large amount of cocaine. His lips were completely pasted white. His tongue and spit were white and forming a large amount of paste inside of his mouth. Thomas's face appeared to be covered in a white powdery substance.

The Thomas family attorneys Kevin Mincey and Riley Ross say, not taking Thomas to the hospital but instead taking him to Dauphin County Prison is a violation of department policy.

"They were supposed to take Terelle Thomas to the hospital. but they decided his life didn't matter and chose not to. And that's why we're standing here today to show you his life did matter."

Mincey and Ross say, an hour after being book in the Dauphin County Prison, Thomas went into cardiac arrest and later died at the hospital. His autopsy shows he died from cocaine and fentanyl toxicity.