The report released by the York County Economic Alliance shows the women's labor force hit its lowest number since 1998. 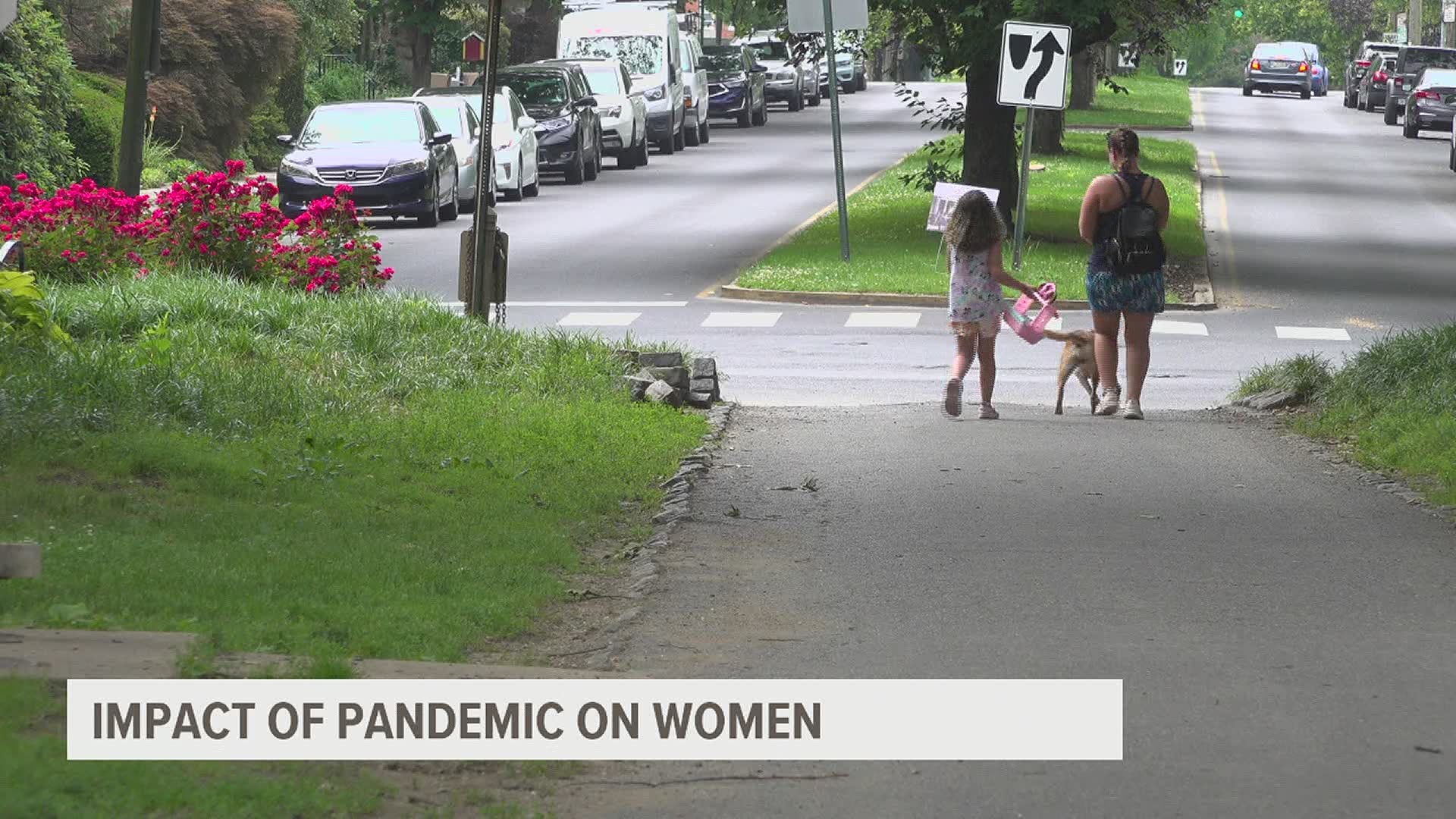 YORK, Pa. — A report out of York County finds women have been disproportionately impacted during the pandemic. The report released by the York County Economic Alliance shows the women's labor force hit its lowest number since 1998.

"It's a hard decision between taking care of your kids and going to work to make money," said Katie Gephart of Manheim Township.

Gephart says she's fortunate; the stay-at-home mom can be with her two beautiful daughters and raise them, though she knows other women who have had to make those hard decisions.

"I know a lot of friends of mine have been," she said. "They've had to take off work cause they have to take care of their kids."

Many parents FOX43 spoke with in Lancaster say they're not surprised to hear women have been disproportionately impacted by the pandemic.

"It doesn't surprise me at all. Women they do most of the work," said John Holden of Lancaster.

Holden's wife lost her job during the pandemic.

"My wife worked for a fitness center subcontracted by Johnson & Johnson. She worked from home for a while, and then, the position disappeared, whatever you call it," said Holden.

At first, Holden said his wife thought of it as retirement.

"Now, she's getting a little anxious and wants to do some other things," he said.

"My mom was a single mom. Now, having a son, I realize why she stuck with me all those years. When you're younger, you don't realize what a single mom goes through," stated Holden.

The YCEA cites data from the U.S. Chamber Foundation which indicates 13% of all working parents are unsure or unlikely to return to their previous work situation. 50% of those parents cited child care as a reason. Their report finds women, single parents, and low-income households are most likely to cite child care as a reason they cannot work.

The Department of Human Services encourages anyone struggling to find child care to visit www.findchildcare.pa.gov.