'It comes from love.' A woman's dream to help find a cure for Alzheimer's disease

Few people may know about the deep connection between Down syndrome and Alzheimer’s disease. It can be years before serious symptoms are recognized. 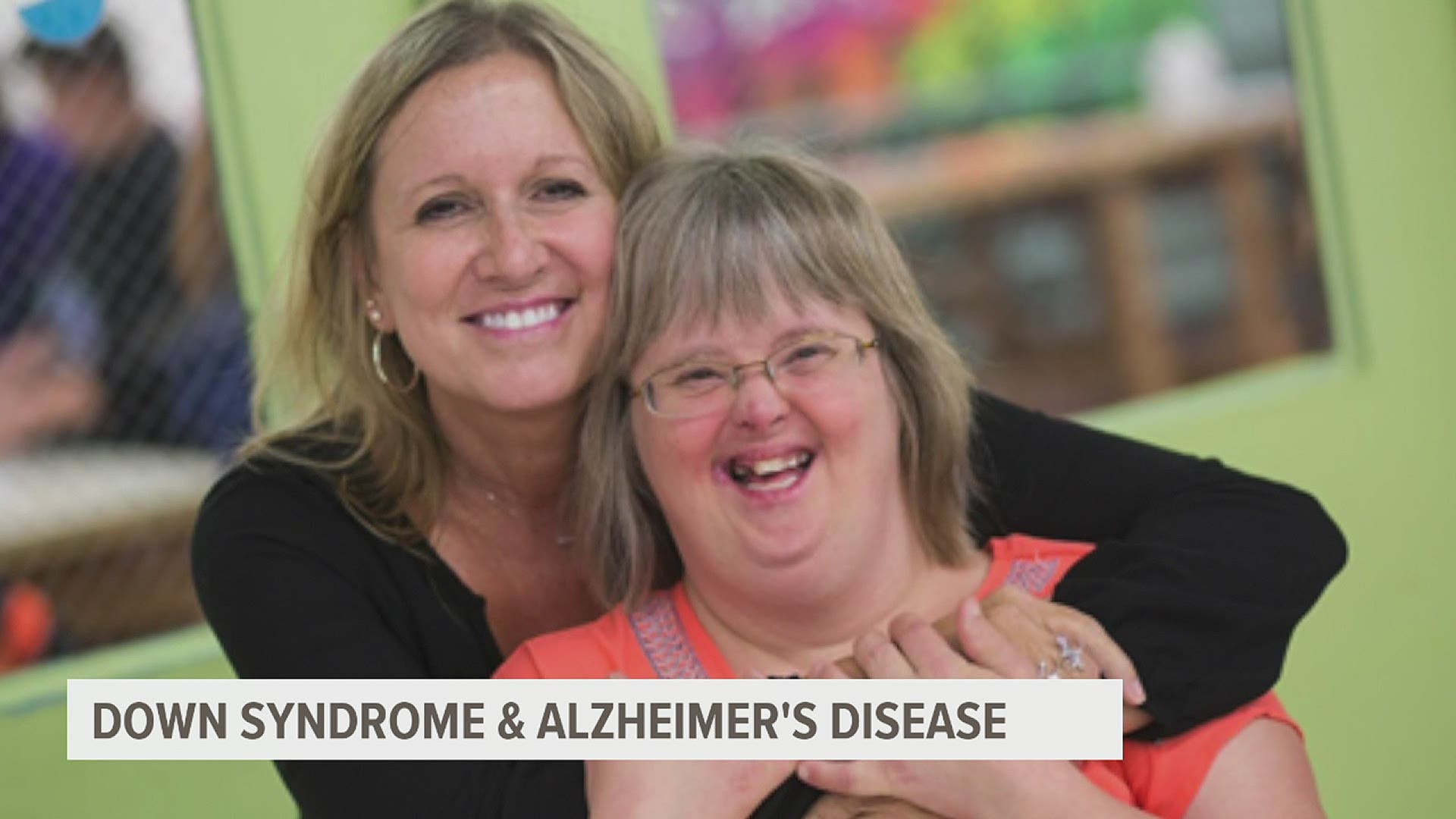 “I have Down syndrome and some sentences I can’t speak properly, but I’m not ashamed of it,” said Bobbi, who is supported by Penn-Mar Human Services, an organization committed to creating independence and inclusion for adults with intellectual or developmental disabilities.

Bobbi is passionate about cooking and dreams of one day meeting Bobby Flay. She will always greet you with a smile and her enthusiasm for life is contagious. She admits, however, there are moments of weakness.

“I cry because I miss Erin,” Bobbi said.

She donated proceeds from her book sales to the Alzheimer’s Association to help researchers find a cure. Her mission is to help people like Erin, who developed the deadly disease.

Penn-Mar Human Services in York County is the region’s only organization with Direct Support Professionals (DSP) trained to provide therapy for someone living with both conditions.

“We go over how to get a diagnosis and look for signs, what exactly is Alzheimer’s and what is dementia and how to get that diagnosis because so many times you go to a health care provider and they’re not educated on it. There’s very little education in school on intellectual disability alone and then to add Alzheimer’s to it, makes it more complicated,” explained Rita Arnett, Learning Consultant with Penn-Mar.

Alzheimer’s disease is the sixth leading cause of death in the U.S. Scientists think that the increased risk of dementia — like other health issues associated with Down syndrome — results from the extra genes present, according to the Alzheimer’s Association.

For Penn-Mar Human Services, education and awareness has helped them learn more about the disease to find ways to provide comfort and safety for the people they support.

“Truthfully, the more people are aware and the more money that can be raised equals more research being done and that is the key to figuring out how we unlock this,” said Jackie Stevens, Chief Operating Officer of Penn-Mar Human Services.

After Erin’s death, Bobbi said she wanted to do something to help the world and the decision to dedicate her cookbook to Erin was simple.

“It comes from love,” Bobbi said.

RELATED: Department of Human Services: people living with disabilities have not been forgotten