The Wolf Admin. announced a bump to the number of people allowed at indoor and outdoor events. It's a homerun for the York Revolution but 'no news' for restaurants. 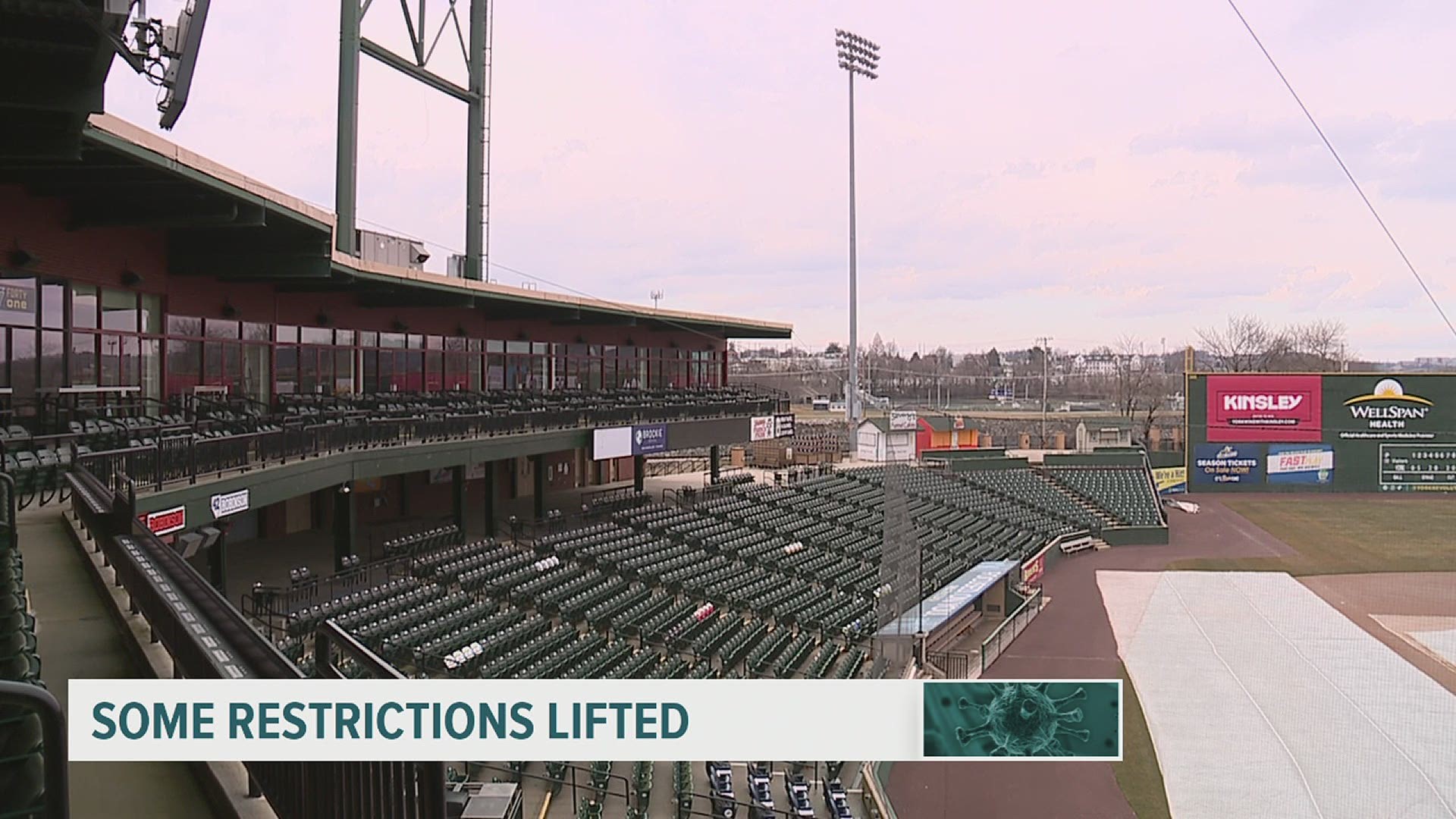 YORK COUNTY, Pa. — Governor Tom Wolf announced his office has revised and lifted some of Pennsylvania's COVID-19 mitigation restrictions as coronavirus cases continue to decline and vaccination efforts are amplified across the Commonwealth.

Among the revisions announced Monday are occupancy limits for indoor and outdoor events, Wolf said.

Hours after the announcement, reaction poured in from businesses impacted and those that wish they benefited.

"No news here for us in the restaurant industry. We continue to be strangled. He [Governor Wolf] put the foot on the back our heads, stuck us in water, and barely let us come up for air," said Matt Flinchbaugh, owner of Flinchy's Restaurant, Bar, and Deck in Camp Hill.

"He [Gov. Wolf] didn't lift the 25% ban up to 50. Maybe, the self-certified restaurants up to 75%. He could've given us back our bar seats that we can safely serve people at. He could also taken away the fact that you don't have to order food to order an alcoholic drink," stated Flinchbaugh.

Not being allowed to utilize bar seating Flinchbaugh says has really hurt some owners who have tried to do the right thing.

"If I was at Flinchy's right now, I could pan over the corner of the bar and show you the dividers I have that I spent $1,500 on to safely serve my customers that have just been collecting dust since, I don't even know, July?" said Flinchbaugh.

Home of the Hot Rock | Flinchy's

On the flip side, it's "great news" for organizations such as the York Revolution Atlantic League baseball team. Doug Eppler, a spokesperson, he hopes the number allowed at the ball park continues to rise.

"If we can all keep this going, we can get to 30, 40, 50, and as close to normalcy as we can get these days," he said. "As more people are able to get the vaccine, we hope and anticipate the Department of Health will continue to say, 'the numbers are looking good, you can open up further.' Maybe by the end of the season, we're at capacity or almost usual capacity for Peoples Bank Park." 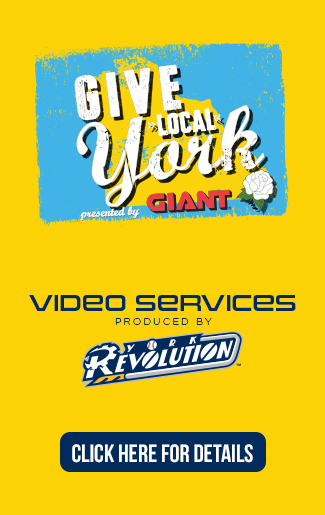 Friday, May 28 is Opening Day for the team.

With the current increased capacity, that will allow for a little more than 1,200 fans to take one of the seats. At first, that will only include season ticket holders. As time goes on, it will also allow for group tickets. Eventually, the hope is to allow folks to buy individual tickets.

"The entire Atlantic League season was one of the many victims of COVID-19 last year," explained Eppler. "It was pretty devastating for the fans, players, and all of us on the staff, and it didn't do much for us on the bottom line either. We're frankly pretty ecstatic that the Wolf Administration is doing all that it can for businesses to get back to normal. We're not alone in missing the revenue we would've had otherwise."