FOX43 Reveals: An honest look at homelessness in Central PA

The number of people experiencing homelessness in York County doubled over the last year. 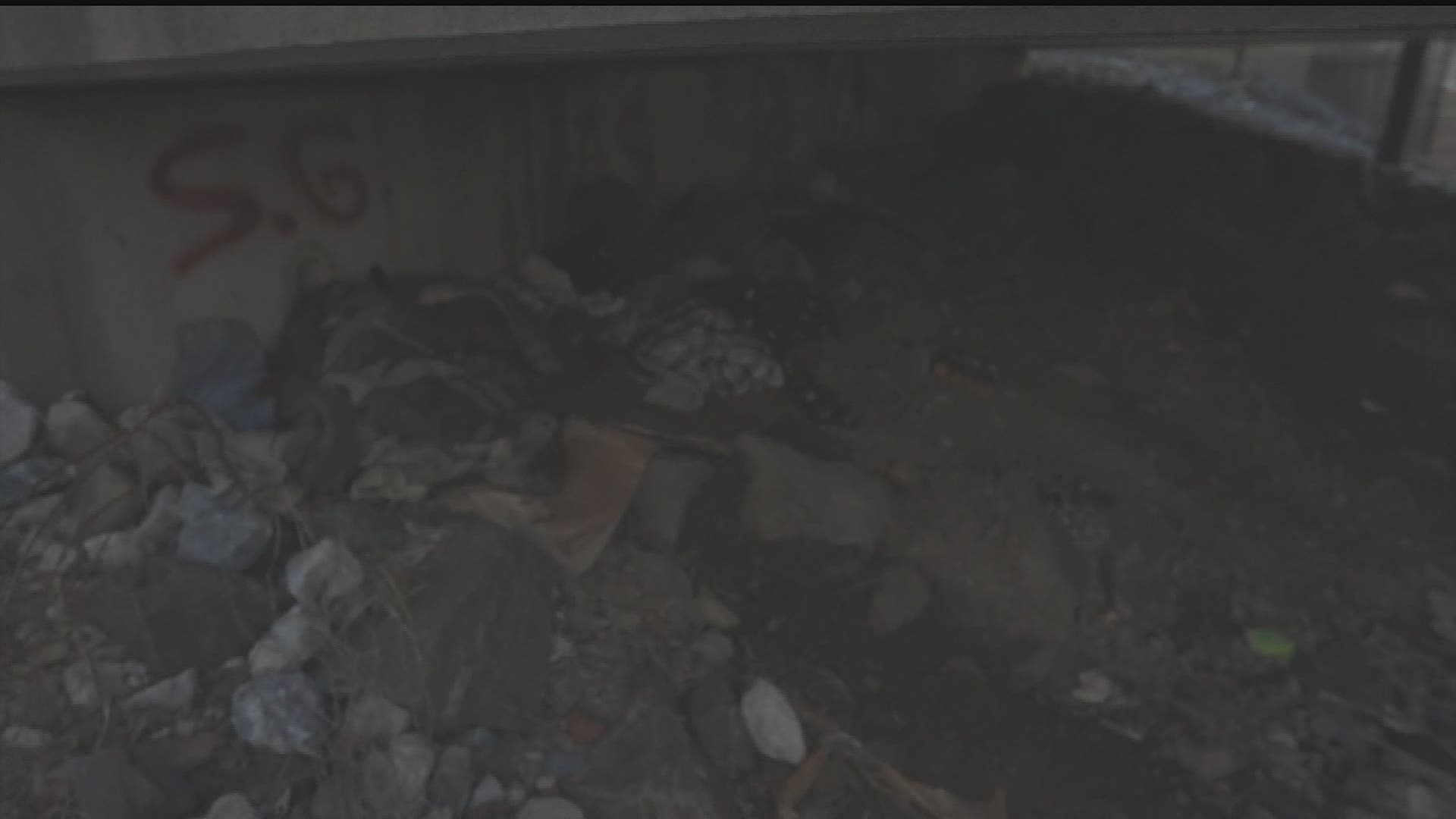 YORK COUNTY, Pa. — Pennsylvania has one of the highest homeless populations in the nation. The U.S. Interagency Council on Homelessness ranks the Keystone State 8th in the nation, estimating 13,199 people experienced homelessness on any given day as of January 2019.

FOX43 Reveals how the problem has worsened in South Central PA, as communities struggle with limited funding and limited resources to keep people on the right path.

James Young has been working at LifePath Christian Ministries since 2010, helping people who have nowhere to go at night. It’s a path he knows all too well.

“January of ’07 is when I realized I was really homeless," said Young.

By 2007, Young had been homeless for nearly 20 years. He never held a job longer than four months and rented rooms at various motels. He slept on floors at his friends’ and family member’s apartments or spent nights at local shelters. He even slept on the street.

“One time, I was in Lancaster and I stood outside on Queen Street. There was this vent where heat comes up and I stayed on that vent all night one time,” explained Young. “And you know, that didn’t even tell me I was homeless.”

Young’s situation was clouded by his drug addiction. Now, he is clean and on the other side of the lens, and told FOX43 Reveals something is missing.

RACHEL YONKUNAS: Do you think there is in enough in the city, or just in this area, to help people get on that path?

JAMES YOUNG: No, no. Us being the only shelter, with a finite number of beds, and most of it is, what is it that I can do? People think ‘I have this bill to pay, I have my own thing here, how can I help that guy?’

Homelessness has taken hold in York County. FOX43 Reveals the county identified 60 people sleeping on the streets during their “Point in Time” count in January. One year ago, that number was 32. This year, volunteers identified 309 people were staying in shelters or their housing assistance program.

Kelly Blechertas, program coordinator for the York County Coalition on Homelessness, said they are lacking resources.

“We are very limited on space, especially in our women and children serving spaces,” said Blechertas.

The coalition tried to secure resources for a new project, but the U.S. Department of Housing and Urban Development (HUD) denied them funding. In the process, the coalition lost a federal housing grant for its existing rental assistance program.

“We are required to rank and prioritize all of our funding and it is strategic and it is competitive,” explained Blechertas. “We attempted to bring in additional funds and lowered our prioritization of that program in order to do so. And so we gambled and lost in this case.”

Faith-based organizations, like LifePath, are one of the few lifelines left for people who experience homelessness. The problem, usually tucked away in York’s hidden corners, became very clear one January night at the shelter.

“We saw over 100 people we didn’t know who had come in for our services. They were not duplicated clients and I’m trying to figure out where these folks are coming from,” said Steve Brubaker, interim executive director of LifePath. “They came in for a meal or to stay overnight at one of our residences and we didn’t know about them before.”

It is tough for Young to see other people on a dark, familiar path. His only advice is to draw on his own experience 10 years ago, when help came from above.

“One day, I’m thinking as I’m walking and said you know what? I’m going to do it. So I said God, take the cocaine away from me and I’ll meet you halfway," Young reminisced. "At that time, on that street, at that moment in time, I looked down and at my foot there was a cross. At my left foot there was a cross. I didn’t ask Him with my mouth, I asked Him with my heart. That’s what it is. I asked Him deep down. I was serious, I said take this away. It’s a hard thing.”

Young told FOX43 Reveals that LifePath is in the process of building new services to help people with sobriety, employment, and health care. The York County Coalition on Homelessness has since reapplied for that housing grant. Blechertas said they were re-awarded the grant but are in the middle of a lag between when they lost the funding and when they will see it come back.

If you or someone you know is experiencing homelessness, here are a number of resources in South Central PA:

FOX43 Reveals issues that affect you and your family to keep you informed. Do you have a tip that needs to be investigated? Or documents we should look into? Send us a confidential news tip at FOX43Reveals@FOX43.com