What's with the construction at South Third and Chestnut Streets in Harrisburg?

It's phase 2 of construction on Harrisburg University of Science and Technology's new Health Science Education Center. 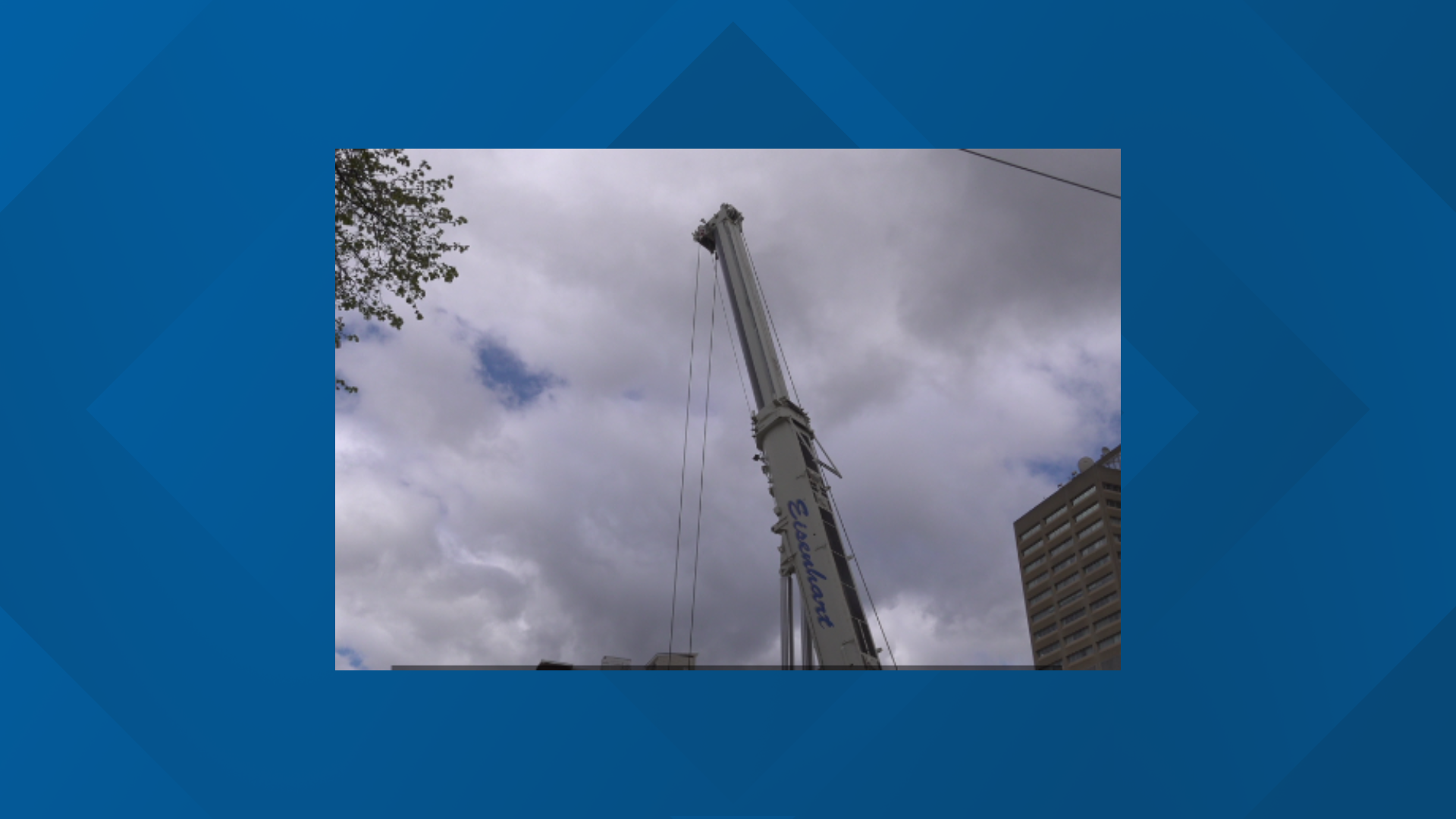 There are construction signs just about everywhere and large machinery.

"I'm used to it," said Benson Chan, a local restaurant owner. "There is construction everywhere."

Two small cranes are being used to build a bigger crane. That crane will be used to construct what's called a tower crane.

"To me, it's a good thing. When there is construction there is more stuff going on, expansion. Nothing bad coming off of that," added Chan.

It's a part of HU's expansion.

"The tower crane will be up from next week until probably early October. You'll see it picking up pieces of steel and placing them in the building. The building will come up out of the ground in the next few weeks," added Darr.

That building will be the university's new 11-story health science education center. President Darr believes it will transform the cityscape, and he hopes local health care.

"It will have some unique educational laboratories. There will be simulation labs," explained Darr. "They can simulate whether they're in an emergency room situation or pediatric care."

Students will also be able to prepare for a pandemic.

"This simulation facility will let healthcare providers unusual things and be better prepared for the future," added Darr.

The building will rise just as the need for those workers has.

"The health care providers in our region have desperate need for workers and workforce. They may decide, some of them, to occupy part of the building with us and move some of their operations, kind of co-locate with the university," stated Darr.

When finished, there will be an additional 260,000 square feet of academic space for students and faculty.

President Darr says the new building will accommodate at least 1,000 additional students in nursing, pharmaceutical sciences, and other allied health programs. The center also will include classrooms, training space for advanced manufacturing and interactive media programs, auditoriums, and student life and tutoring areas.

Darr says COVID-19 negatively impacted the timeline for the project. The building, initially slated to open in January of 2022 prior to the pandemic, is expected to open in 2023.

HU is spending $100 million on the project which Darr says arose from a need for more healthcare workers in the area.

No tax-exempt bonds will pay for the construction of the building.

Harrisburg-based Reynolds Enterprises Inc. and The Whiting-Turner Contracting Co., based in Baltimore, were hired to support Butler County architect Alex Wing of Stantec on pre-construction plans for the building.

The university broke ground on the project in July of 2019.