Linda Stoltzfoos never returned home after attending a church service in Lancaster County. Here's what we know about her disappearance three months later. 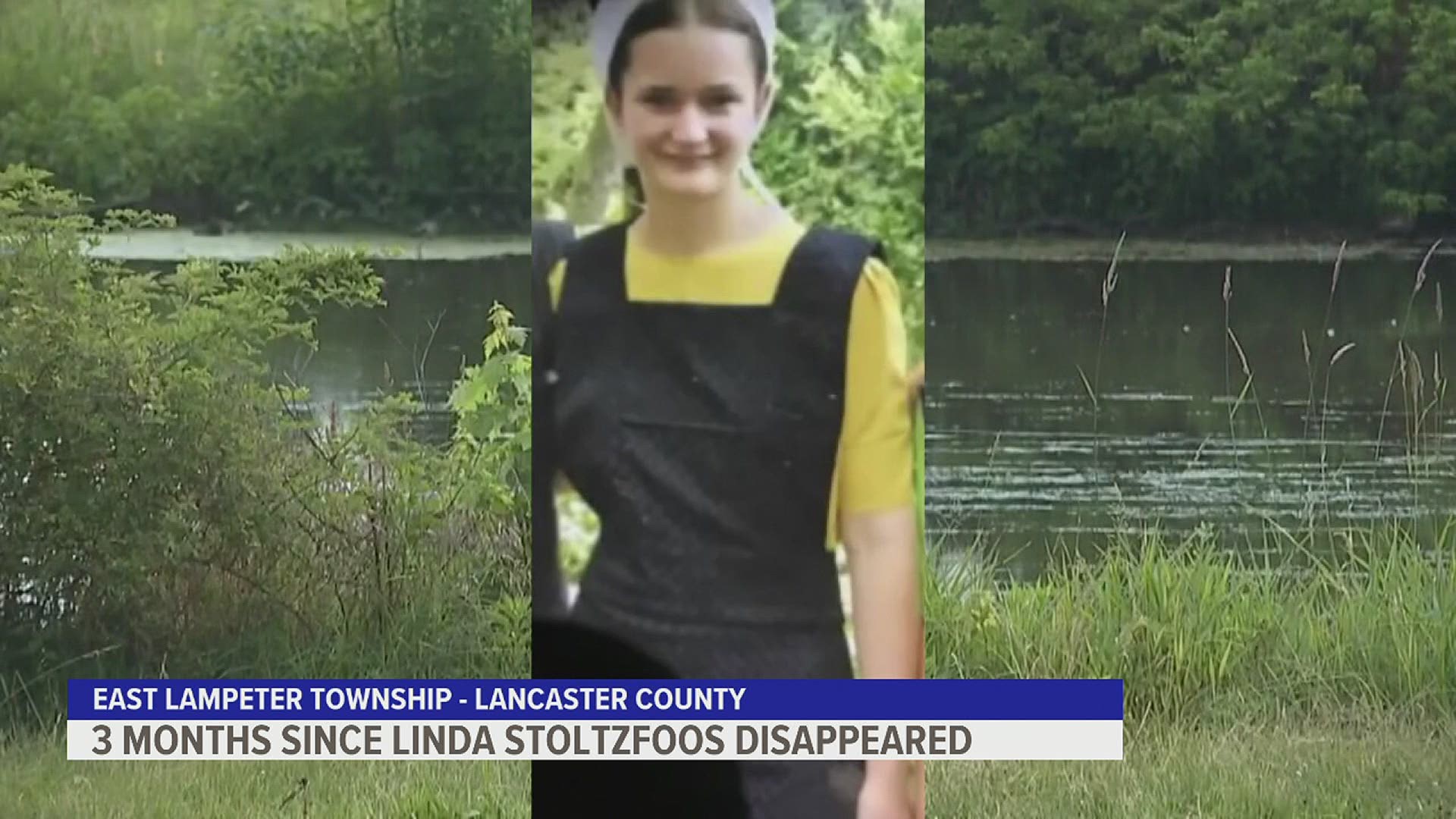 LANCASTER COUNTY, Pa. — It has been 3 months since anyone has seen Linda Stoltzfoos. Pictures of the 18-year-old are posted all over Lancaster County and dozens of community members have joined search efforts to find the missing Amish teenager. Here’s what we know so far regarding the investigation into her disappearance.

Search efforts began the next day and the FBI later released a composite of what Stoltzfoos might look like in street clothes. After three weeks of canvassing the area where she disappeared, there was a break in the case.

The most recent update in the case came on September 17. Unsealed court documents show Smoker texted his brother 15 times over a two-hour period around the time Stoltzfoos disappeared. They exchanged messages from 1:05 p.m.—just 20 minutes after Stoltzfoos was last seen—to 3 p.m. on June 21.

Investigators executed a search warrant to access cell phone records in the hopes that they will help piece together a clear picture of the moments leading up to and after Stoltzfoos’ disappearance. Police also searched for evidence in Smoker’s car, home, and a storage unit he rented in Paradise Township.

In the application for a warrant to search Smoker's home on the 3200 block of Lincoln Highway, East Lampeter Township Police Detective Chris Jones said police were hoping to locate trace evidence "including but not limited to hair, fibers, blood, DNA, bodily fluids, latent fingerprints, (or) other debris."

Investigators were also looking for Stoltzfoos' clothing, including a tan dress, white apron, and bonnet, along with "any weapons or instruments of crime that could be used to further facilitate the furtherance of the crime of false imprisonment."

The application to search Smoker's car was also looking for trace evidence and any clothing belonging to Stoltzfoos, as well as "any documentation that shows the location of the vehicle from June 21 until present."

In the application for a warrant to search the storage unit, Jones said he was looking for evidence "linking Stoltzfoos to that location and to Justo Smoker."

The Lancaster County District Attorney’s Office could not provide any new updates on the case other than the investigation remains active and ongoing.

Smoker has been denied bail. He has a status conference scheduled for Thursday, September 24.