Herd immunity: An explanation and what a professor says is even more important

Right now, experts are debating if and when the U.S. will reach herd immunity. Some don't think it can be achieved. 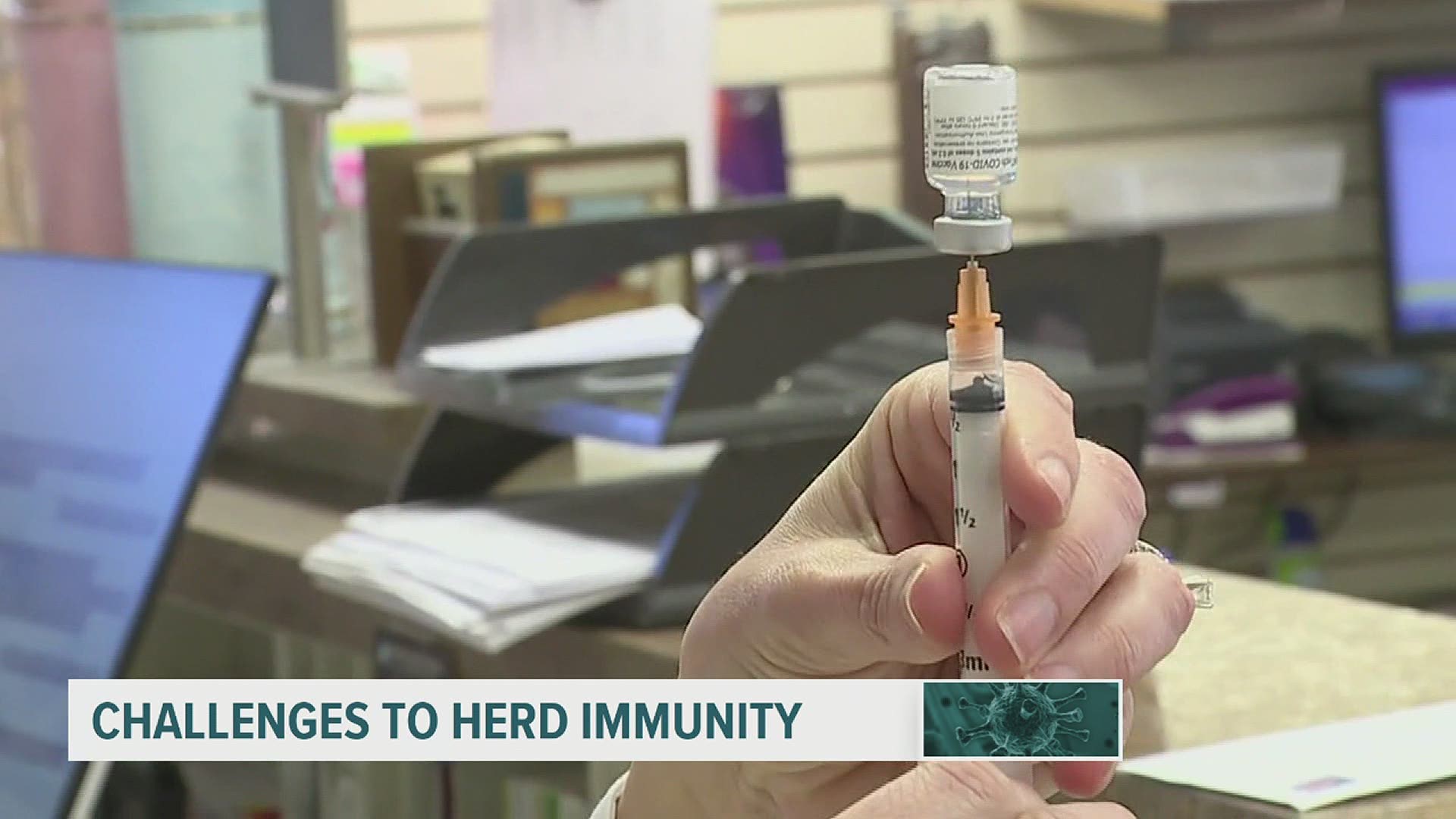 "We are seeing no show rates upwards of 20 and 30% at some of our community-based vaccination sites," he said.

Vaccine hesitancy is creating a need for more education; Fernandez says it's also hindering the ability to achieve what many know as herd immunity.

"Herd immunity is, technically speaking, what is the level of immunity to protect those who can't get vaccinated or won't be vaccinated? It's a pretty high standard, right? It's essentially no infection of the unvaccinated," explained Dr. Ross Kedl.

Dr. Kedl, a professor of immunology and microbiology with the University of Colorado School of Medicine, says it's unclear if or when the United States will reach it. The threshold to achieve it varies.

"I think this leads to vaccine hesitancy. 'Well, look, if we're never going to reach herd immunity, why should I bother getting vaccinated?' You should bother getting vaccinated because it's the one lever you can pull that provides you with A. Independent freedom and B. It's the one thing you can do to protect the people around you," added Dr. Kedl.

As with any disease or infection, Dr. Kedl says there are two ways to achieve herd immunity: either a large proportion of the population gets infected or people get the vaccine.

Many things can play a role in achieving herd immunity, including variants, which Dr. Kedl says 'muddy the water.'

He notes how many people have gotten the shot: more than 100 million people or about 40% of the population, according to data from the CDC.

"By the time you get half the population immunized, your vaccine rate is exceeding the infection rate, and that's a much more important number than how close we are or how far we are from herd immunity," added Dr. Kedl.

According to Johns Hopkins University, if 80% of a population is immune to a virus, four out of every five people who encounter someone with the disease won’t get sick (and won’t spread the disease any further). Depending how contagious an infection is, usually 50% to 90% of a population needs immunity before infection rates start to decline. However, it's not a magic threshold. Virus  evolution, aka variants, and human behavior can cause the number to fluctuate.

For example: When the population reduces their level of interaction through distancing and wearing masks, experts say infection rates slow down. As society opens up more broadly and the virus mutates to become more contagious, infection rates will go up again.

Experts say the U.S. is not currently at a level of protection that can allow life to return to normal without seeing another spike in cases and deaths. Thus, they say it is a race between infection and injection.

Johns Hopkins reports the higher the level of immunity, the larger the benefit. This is why experts say it is important to get as many people as possible vaccinated.

Fernandez talks about how just one person getting the vaccine can influence many more.