"We're not going to have results the night of the election": Counties prepare to count thousands of mail-in ballots 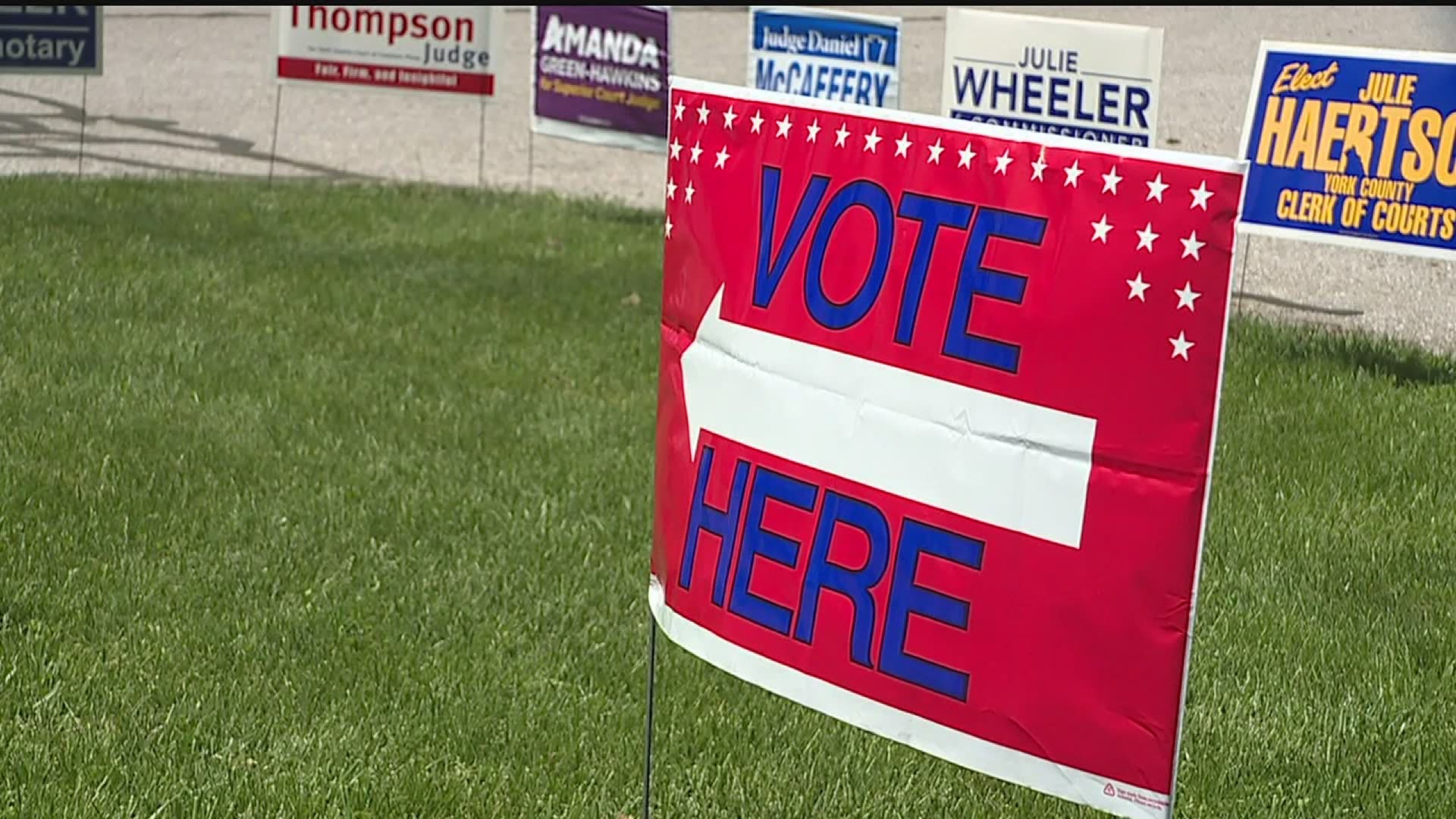 Counties are preparing to count thousands of mail-in ballots on June 2nd when the primary election takes place in Pennsylvania. Now, some county leaders are telling voters they shouldn't expect full election results the night of the election.

"We've already just accepted that, internally of course. The public can hopefully be as understanding as we are with that process. But, yeah, we're not going to have results the night of the election on June 2nd. It will just be impossible," said Mark Walters, spokesperson for York County.

As of mid-afternoon Tuesday, May 26, Walters said York County had already received 55,000 applications for mail-in ballots and the county has seen around 14,000 ballots returned.

"We have more than 35,000 mail-in and absentee ballots as we speak," said Krepps Tuesday afternoon, noting that the county expected more to arrive following the deadline Tuesday. Krepps added, "it's definitely going to delay election results."

A law passed in Oct. 2019, Act 77, allowed voters to request a mail-in ballot without needing an excuse for why they couldn't vote in person, as was required previously to apply for an absentee ballot.

In March the Pennsylvania General Assembly passed Act 12, which postponed the primary election date from April 28 to June 2. Act 12 also moved up the time when counties can start counting mail-in ballots on Election Day, from 8 p.m. when polls close to 7 a.m.

In addition to counting mail-in ballots, the election June 2 will also mark the first time Cumberland County and other counties across Pennsylvania will use paper ballot voting machines. York County debuted its paper ballot voting machines last year and in 2020 decided to add 65 more machines to the 180 it already has following complaints of long lines and a lack of privacy at polling places.

Both Cumberland and York officials said they will also follow health guidelines to protect voters who choose to vote in person on election day.

In York County, Walters told FOX43 that personal protective equipment will be provided to workers through both the county and the state. He said poll workers and voters will also be encouraged to wear masks.

"We're absolutely comfortable to say come out to your poll if that's the way you want to vote," said Walters.

Officials in both York and Cumberland counties said surface cleaning will also happen throughout the day.

"We don't have enough poll workers and we've known that for some time," said Walters. "In an ordinary election you come up to this point maybe a dozen or so short. And, you kind of finagle how to make that work. We're about 300 short."

Both York and Cumberland counties implemented polling location changes as a result.

Read more on York County polling consolidation and learn where you vote.

Meantime, York County will be observing if the addition of more voting machines will smooth out the complaints it faced at polling places in 2019.

However, Walters admits, "this primary is not going to provide the best case study as a test for the general in November."

"Certainly a lot of people will be coming out in November than are coming out now," said Walters, who said he anticipates voter turnout for the primary to be lower due to the pandemic, mail-in ballots, and the fact that there is an incumbent President and a likely frontrunner for the Democratic nomination.

Have a question about voting? Find comprehensive voting information here.