Not just one, not two -- but three red pandas will soon call the zoo home!

This is the first pregnancy for Wasabi, who was able to conceive through "natural breeding" with the zoo's red panda Wyatt. Wasabi joined the zoo back in 2019 from Omaha's Henry Doorly Zoo and Aquarium. Wyatt has already fathered two other cubs back in 2016 while living at the Chattanooga Zoo.

The zoo said veterinary staff will continue to closely monitor Wasabi's pregnancy. Red pandas have an estimated gestation between 4-5 months, meaning she is expected to give birth in late June or early July.

“We are thrilled at how Wyatt and Wasabi’s cub will be an important part of their conservation as a species,” said Peter D’Arienzo, CEO of John Ball Zoo.

John Ball participates in the Species Survival Plan for the red panda. Red pandas are endangered and it is believed there are less than 2,500 adult red pandas left in the wild. The zoo said this is mainly due to the loss of wild places and destruction of bamboo forests.

"Not only are we proud to participate in the SSP, but of our partnership with the Red Panda Network’s Forest Guardians initiative,” D'Arienzo said. “Red pandas are endangered and their survival continues to decline in the wild. Wasabi’s pregnancy and anticipated birth is significant for John Ball Zoo and crucial for the red panda species.”

As an accredited organization with the Association of Zoos and Aquariums (AZA), John Ball Zoo participates in 50 different Species Survival Plans (SSP). There are over 450 total SSP programs created to cooperatively manage species that are threatened or endangered. Each program is managed by an advisory group made up of animal experts. SSP programs not only help to manage animal populations in human care but also help contribute to field conservation efforts, species recovery, and veterinary care for wildlife diseases.

John Ball Zoo will keep the community updated through posts of Wasabi's pregnancy and birth on Facebook and Instagram.

It’s such an exciting time at John Ball Zoo!! With the births of cotton-top tamarin, Goeldi’s monkey, and the Canada lynx babies, we are beyond excited to announce a pregnancy for a pair that we have been hoping would happen. Our red panda, Wasabi, is pregnant! Wasabi will be a first-time mom with Wyatt having fathered two cubs in 2016 while at Chattanooga Zoo. The typical gestation for a red panda pregnancy is between 4-5 months. We anticipate Wasabi will give birth in late June, early July! While having an adorable red panda cub will be amazing, we are also excited at how the cub will help in the conservation of red pandas. John Ball Zoo participates in the Species Survival Plan for the red panda. Red pandas are endangered and it is believed there are less than 2,500 adult red pandas left in the wild. Wyatt and Wasabi’s cub will be an important part of their conservation as a species. Stay tuned for more pregnancy updates and news on Wasabi, Wyatt, and the baby!

The John Ball Zoo is now open for the 2020 season. Members, non-members and MI Bridges cardholders can reserve their timed ticket online prior to their arrival by visiting www.jbzoo.org/visitandtickets. 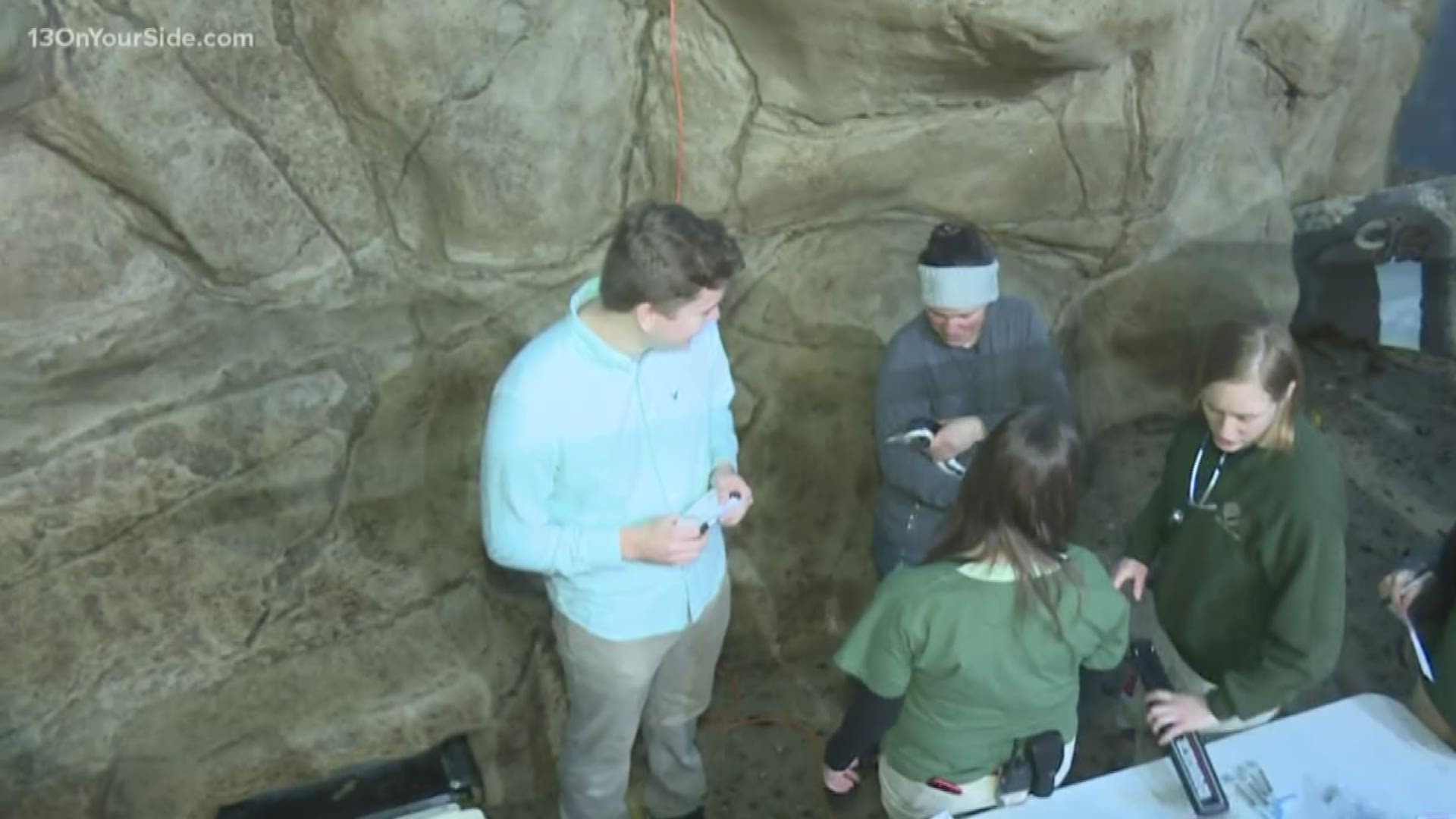