The Pennsylvania Department of Health could not clarify which providers have been impacted, how many have not received shipments, or when allotment will be received. 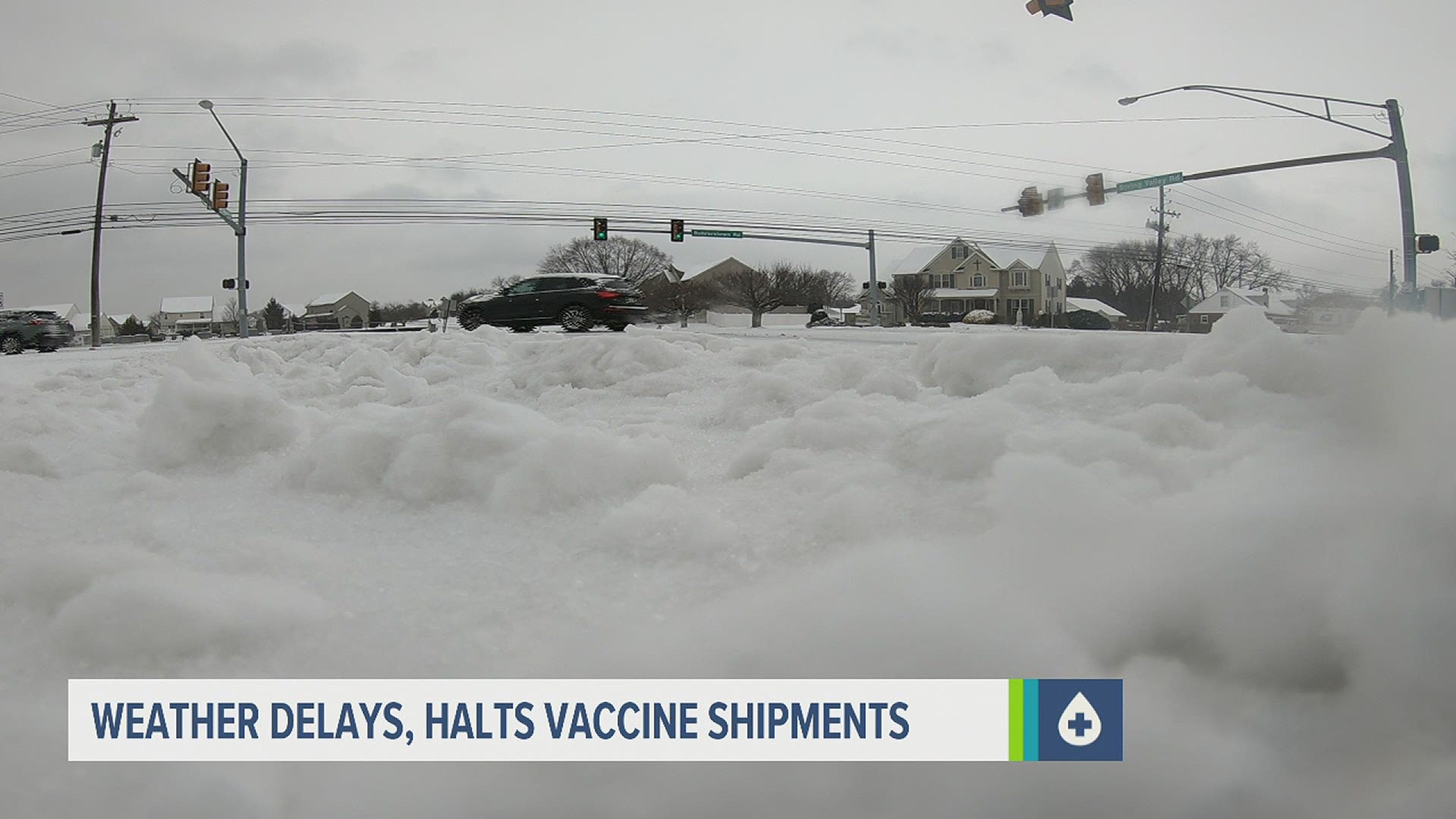 PENNSYLVANIA, USA — Vaccine supply is already limited, and some health systems have not received their vaccine dose allotment this week due to the weather.

During a call with the press Thursday, Lindsey Mauldin, Department of Health Senior Advisor for COVID-19 Response, provided an update on the state of shipments.

"The United States has been affected by multiple rounds of adverse winter weather," said Mauldin. "We have seen that here in Pennsylvania."

The weather has halted shipments of both the Moderna and Pfizer vaccines from their manufacturing facilities. However, Mauldin could not say which providers have been impacted or how many.

"It's safe to say that a majority of providers have been impacted by the weather," she said.

In our area, Lancaster General Hospital, WellSpan Health, and Penn State Health have not received their shipments for the week. 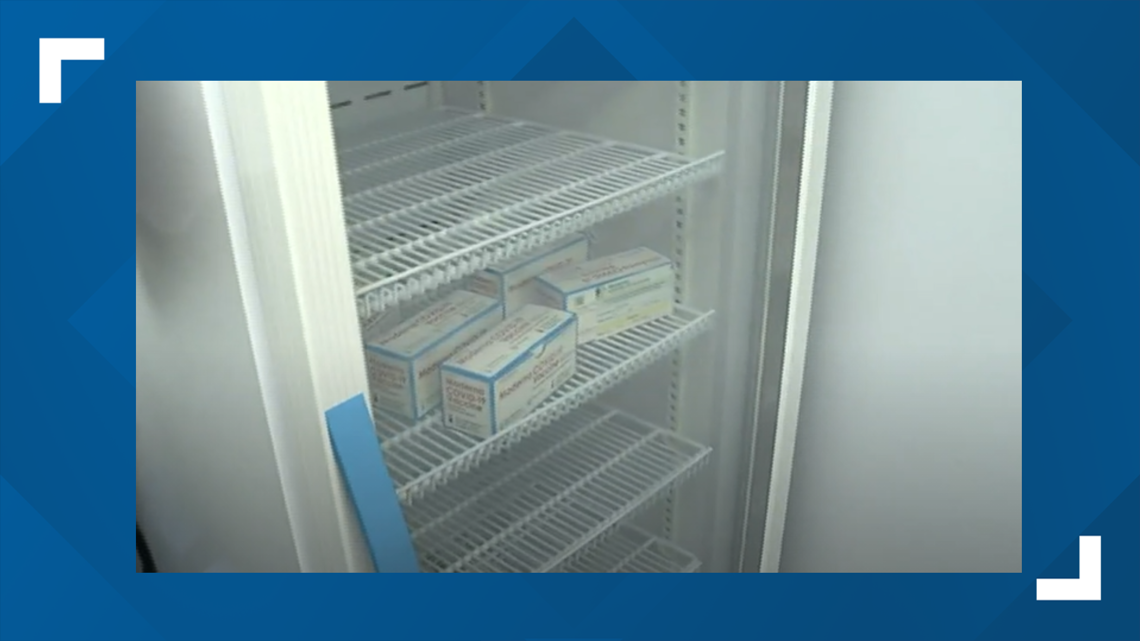 Multiple Pa. health systems report zero COVID-19 vaccine doses received this week
Dr. Michael Ripchinski with LGH says many health systems did not receive their requested doses due to winter weather in the South. Appointments could be impacted. LANCASTER COUNTY, Pa. - Vaccine supply is already limited, and some health systems are not receiving their vaccine dose allotment this week.

Health officials cannot say when shipments will be received.

"Should patients be aware of anything if they had a vaccine appointment scheduled this week or next?" asked FOX43.

"Patients should stay in touch with their providers to see if there are delays on their end," said Mauldin.

The DOH stressed the agency is working with the Pennsylvania Emergency Management Agency to keep tabs on vaccine inventory.

The DOH would not specify if providers will get more vaccine doses to make up for the ones they didn't get this week.

Ryan Coyle, a spokesperson for WellSpan Health, wrote in an email to FOX43, "We have received no shipments as of this week, but we also have not received notification that they will be delayed either. Therefore, we are preparing to proceed as if we will not receive shipments and planning accordingly."

A spokeswoman for UPMC reports: "UPMC has received little new vaccine for first doses since the expansion of Phase 1A eligible people in January."

However, Lancaster General Hospital received zero doses. Because of the weather, Dr. Ripchinski says the hospital's allotment is stuck in Kentucky.

"They're reallocating and rethinking the distribution now, since it's been there for a few days," said Dr. Ripchinski.

How will delays impact people scheduled to get their second dose?

"The CDC has allowed up to a six week span for Moderna, so hopefully, within the next two weeks, we can get additional second doses into people's arms," responded Dr. Ripchinski.

According to data on the DOH's website, there has been a decrease in the number of vaccinations this week compared to last week.

You can view the data here.

DOH spokesperson Maggi Barton sent FOX43 an email in regards to potential delays. She wrote, "The department wants Pennsylvanians to be aware that these delays could impact their scheduled appointments."

Barton said the department is working with providers to ensure they are aware of the shipping delays. She said it's too early to know which vaccine providers are being affected by these weather-related delays.

Barton said Pennsylvania was allocated 183,575 first doses of vaccine this week. That includes 112,400 doses of Moderna and 71,175 doses of Pfizer-BioNTech. Philadelphia receives its own, separate allocation of vaccine. 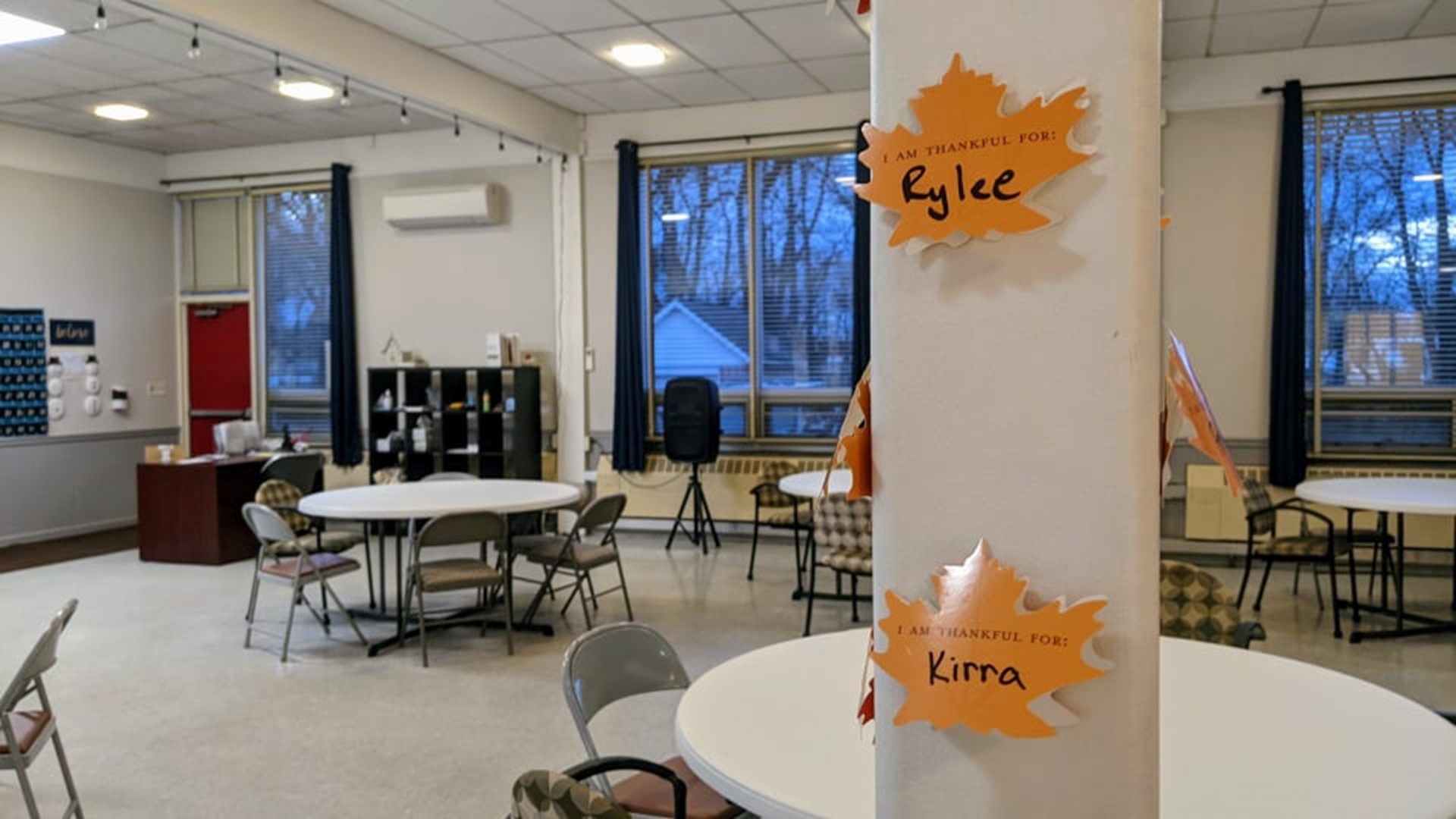