Retailers say it's a balancing act trying to keep their shelves stocked and keeping the prices low enough to keep their customers happy. 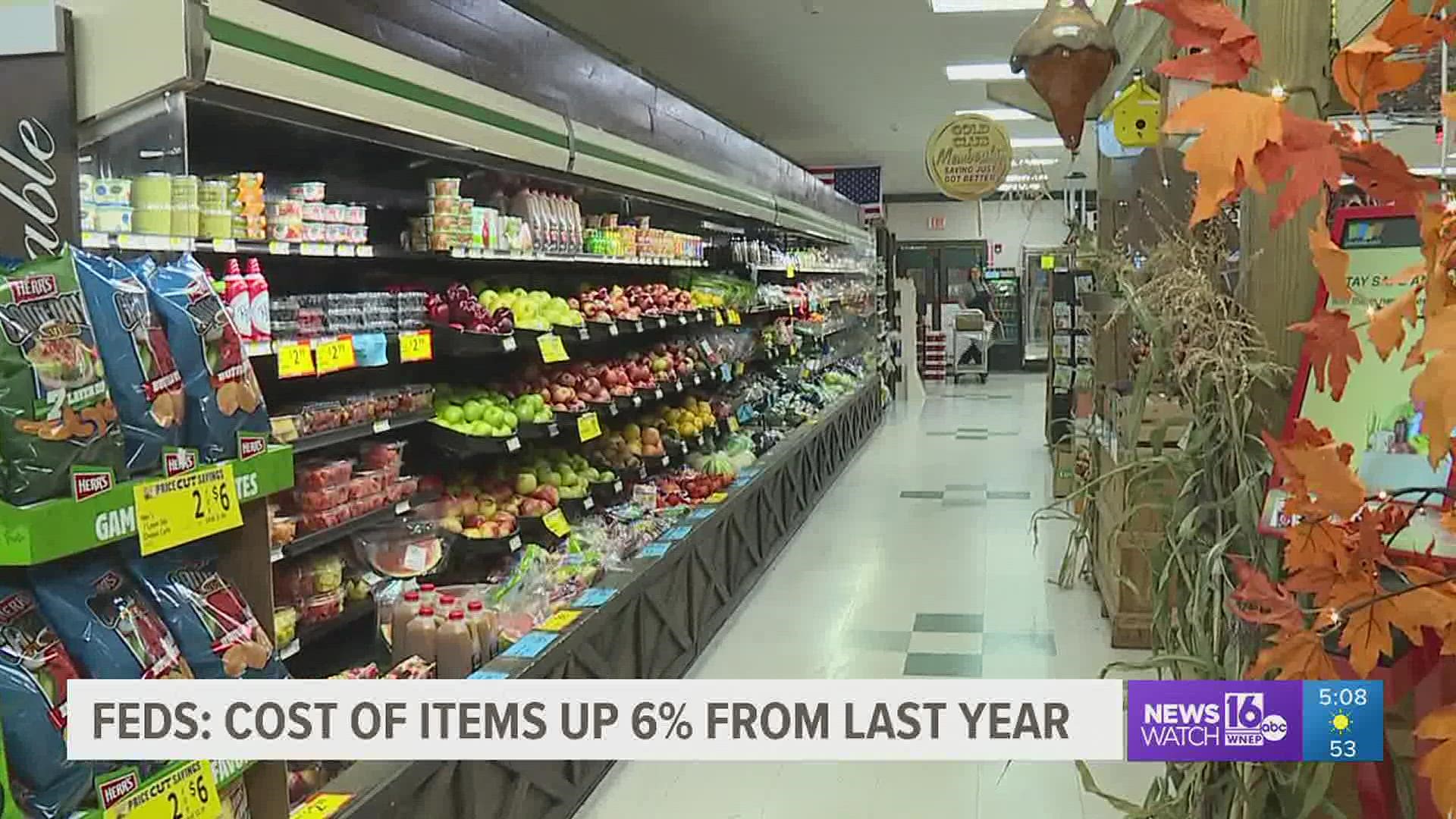 Nearly two years later, owner rich Hayes thought there was a light at the end of the tunnel, but rising prices have him thinking again.

"I'm trying to be as transparent as possible and not panic anyone, but it is real. We're experiencing inflation across the board, and a lot of it is due to demand and the fact that there's not enough labor," said Rich Hayes, Hayes' Market.

According to the U.S. Labor Department, the cost of things including vehicles, energy, and food has jumped more this past year than at any time since 1991.

Hayes says prices go up for products that are in demand at a given time.

Shoppers say it makes finding what they need a little more difficult.

Retailers say it's a balancing act trying to keep their shelves stocked and keeping the prices low enough to keep their customers happy.

"You kind of know certain things you might need. Say you bake, and you get your flour, sugar, spices, that kind of stuff so you can have it when you want to do it. And you watch the sales on those items, so you're not paying a higher price," said Sharyn Wertman, Honesdale.

Sharyn Wertman says she does her best to shop locally, but now she says she has to shop smarter.

Hayes recommends that if you plan a holiday gathering, get a jump on shopping in case shortages and costs continue to rise.