HR51 reportedly has enough support to pass the U.S. House of Representatives. 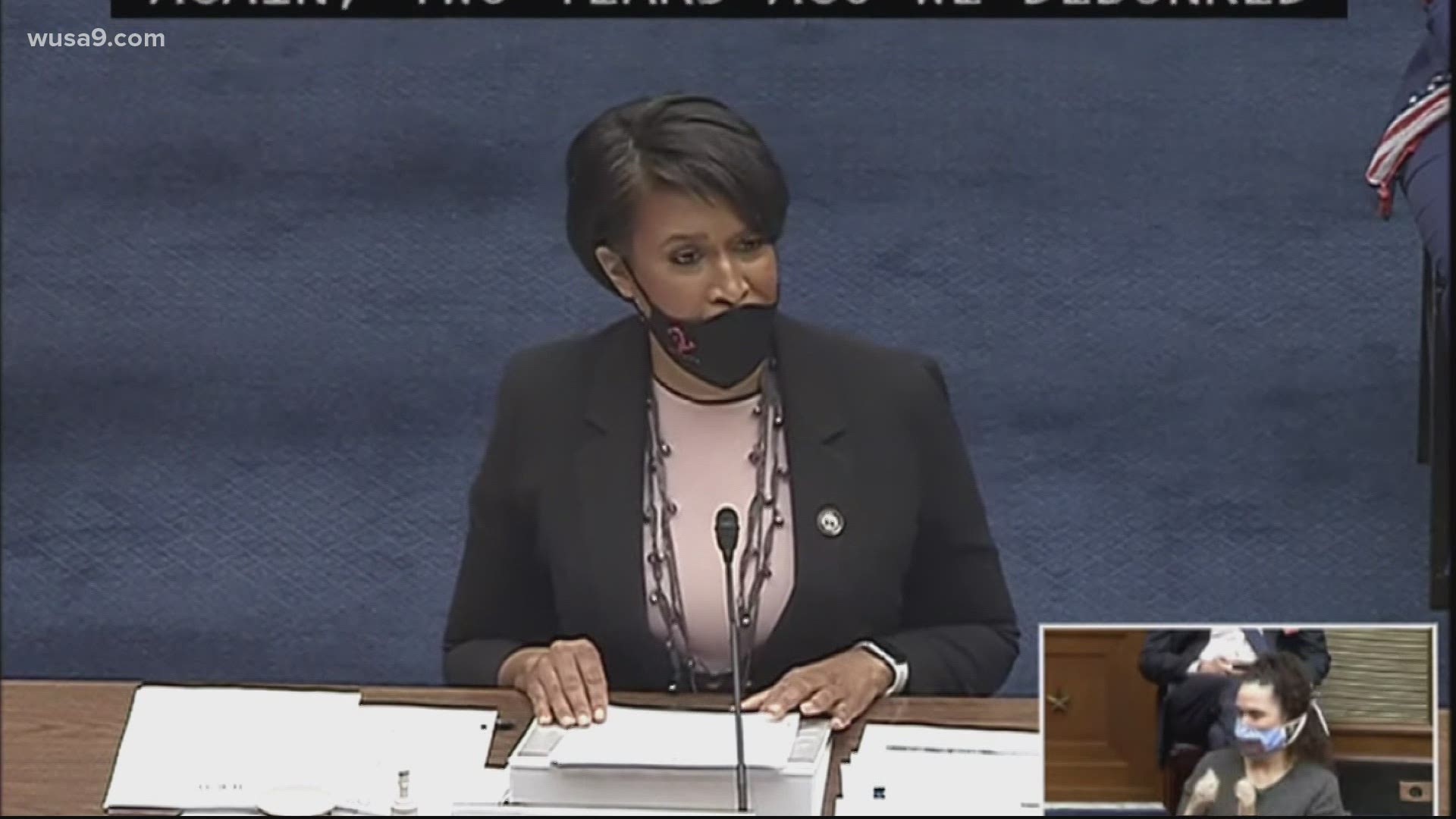 WASHINGTON — As D.C. residents rallied outside the fence surrounding the U.S. Capitol, District leaders met with congressional members of the House Oversight and Reform Committee hearing about statehood.

Mayor Muriel Bowser (D) was the most high-profile of D.C.'s leaders to be in front of Congress, with many Republicans on the oversight committee firing questions at her, concerned with efforts made to have D.C. become the 51st state in the United States.

“The framers of our Constitution wanted a separate federal district to preserve the safety and security of the federal government,” said Zach Smith of the Heritage Foundation, who testified against HR51.

Bowser, who has been D.C.'s mayor since 2015, strongly disagreed with Smith and others against statehood for the District.

“Arguing that Washingtonians must remain disenfranchised to protect the federal government is dangerous, outdated and downright insulting,” responded the Mayor.

Mayor Bowser and city leaders demonstrated D.C.’s balanced budget, AAA bond rating and tax revenue from its 712,000 residents as some reasons for statehood, while opponents said D.C. is too small and lacks the infrastructure and industry for a state.

“Two years ago, we debunked those claims as thinly veiled attacks on political leanings and quite frankly our diversity and history of black political power,” said Mayor Bowser.

“Congress has two choices,” said Rep. Eleanor Holmes-Norton (D-D.C.). “It can continue to exercise undemocratic autocratic control over the American citizens who reside in Nation’s Capital ... treating them in the words of Frederick Douglass, as ‘aliens, not citizens -- but subjects' ... or it can live up to this nation’s promise.”

“How can you ask D.C. veterans to shoulder the burden of disenfranchisement when we have shouldered the burden of defending our country?” asked D.C. resident and US veteran Harry Wingo.

Proponents said the insurrection opened the nation’s eyes to what they called the injustice of sacrifice without a voice or vote in Congress.

“The District came to your aid, yet we were impeded in trying to send the DC National Guard,” testified D.C. Council Chairman Phil Mendelson.

President Joe Biden has voiced his support for the measure, and according to Holmes-Norton, HR21 has a record number of co-sponsors and can easily pass the House.

“Most of my colleagues oppose DC statehood because they believe it would dilute their power,” said Committee Chair Rep. Carolyn Maloney (D) New York. “Adding a state should not be about politics, it’s about equality, it’s about democracy.”