Ethan Demme, a longtime Republican in Lancaster County, says he will now work as an Independent. 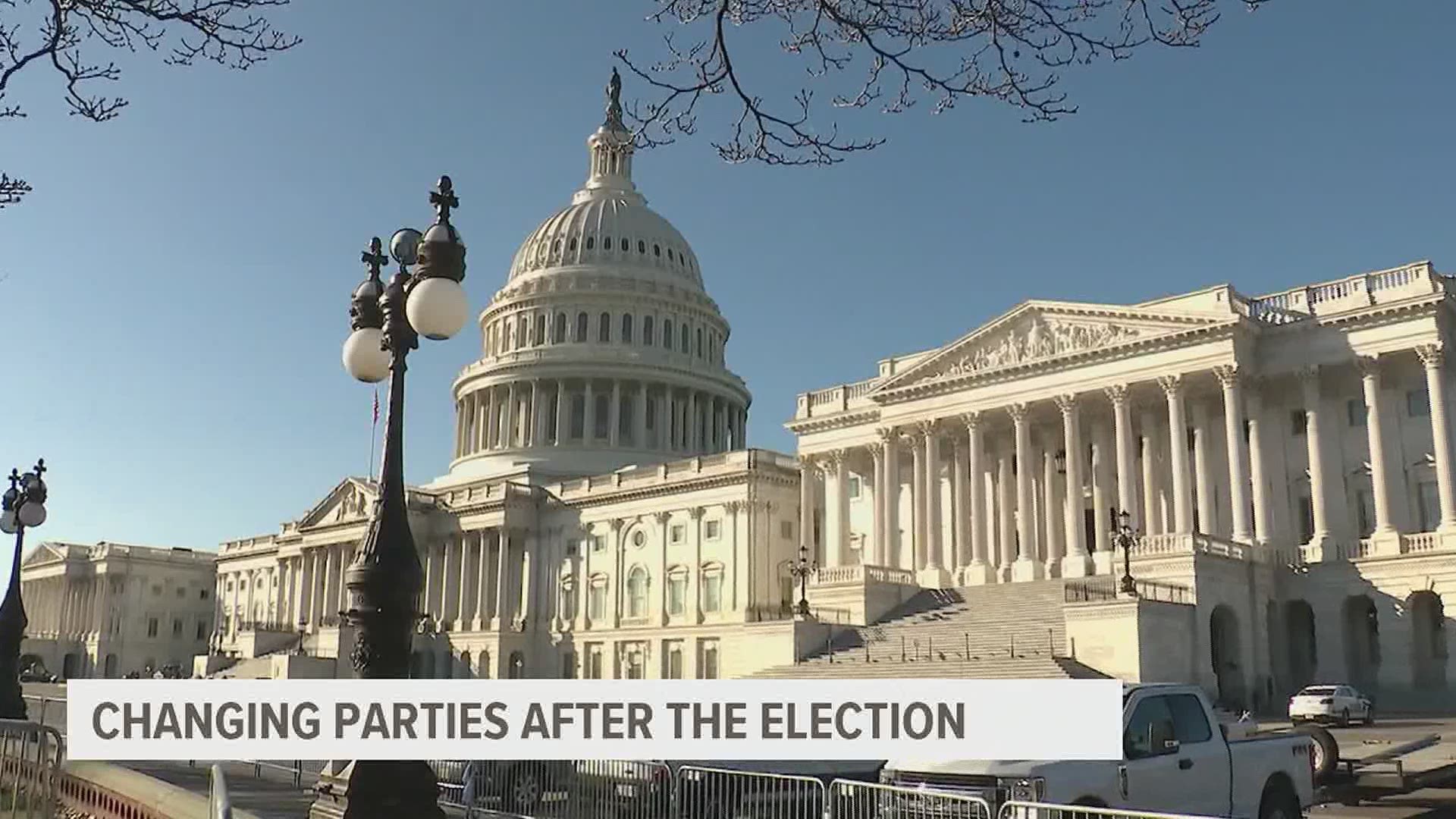 PENNSYLVANIA, USA — Editor's note: The above video is from October 28.

Party switching or disaffiliation: It's not a new concept. In fact, officials say it happens frequently after elections.

FOX43 is speaking to people who recently changed theirs.

Since before he could vote, Ethan Demme has been involved with the Republican party.

"I have been actively engaged in Republican campaigns for 24 years since I was 14," explained Demme via Zoom. "Got involved in the McCain campaign. We had Mitt Romney in town for a big fundraiser for the big primary. Worked hard to get Pat Toomey elected."

Now, for the first time in his political career, Demme is no longer a member of the Republican Party. He and two other East Lampeter Township supervisors sent a letter to the Republican Committee of Lancaster County. In the letter, they said they will now work as independents.

"For decades we have worked within the Republican party to advocate for conservative ideals like limited government, fiscal responsibility, and the rule of law. We have knocked on doors, donated to candidates, and run for office. Since 2016 we have voiced our concerns as the Republican party has become the party of Donald Trump," the letter states. "The denial of the 2020 election results by members of our party and elected officials in Lancaster County, is outrageous. Our neighbors voted, those votes became the certified election results and were upheld by our judicial system. Continuing to deny these facts has damaged our system of government and has fomented the seeds of sedition, resulting in violence in our nation's Capitol. Enough is enough and such behavior cannot be excused or ignored."

"Since the election in November, the whole ‘stop the steal,’ and 'the election is a fraud’ messaging which came from the top, but then was elevated by elected officials, Republican officials in this county and other counties," said Demme. "If these are the people who represent the party, and they're just lock-step with what the president tweets that morning, this isn't the party that can have the dialogue of, 'where does the values of conservatism, and the rule of government go from here?'"

Other people say they want zero affiliation with either of the two major parties.

"I feel like, personally, the party left me. People like me have no place to go right now," said Melissa Dye.

Dye says Wednesday's chaos at the Capitol affirmed her decision to resign as a Lancaster County Republican committee woman and to disaffiliate from the Republican party at least temporarily.

"Eventually, when I see what happens down the road, I can make up my mind at that point," said Dye.

It's not all Republican to Democrat or Independent.

FOX43 reached out to numerous county Election Bureaus to obtain data on how many people switched parties between January 6 and January 7 following the riots at the U.S. Capitol on Wednesday.

Statewide data for this week is expected to be released on Monday.

Here's the data we've been able to obtain so far on a county-by-county level of people switching parties between Jan. 6 and Jan. 7:

When a voter wants to change their political party affiliation, they fill out the same form that is used to register to vote, according to Wanda Murren, communications director for the Pennsylvania Department of State. On the voter registration form, select the box that says 'Change of Party.' That information is then sent to the appropriate county for processing.

Voters can change their political party at any time, according to the Department of State website.

This story will be updated as more data is obtained.