Do you have to wear a face mask to vote?

The PA Department of State is encouraging voters to wear a mask, but it is not required. 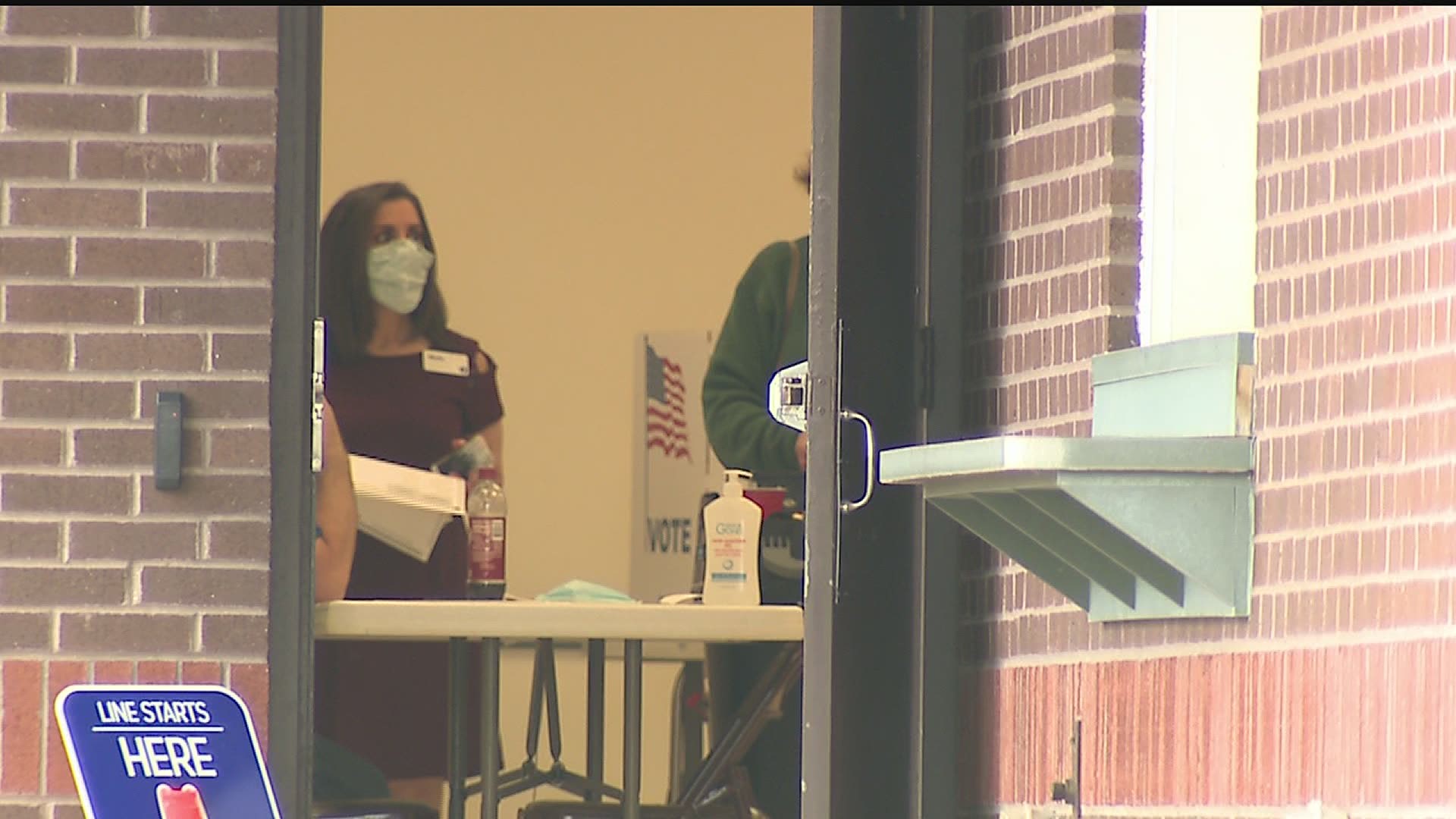 PENNSYLVANIA, USA — Protests, mail-in ballots, and COVID-19 may all be reasons there are fewer people at the polls on primary election day.

The people who do vote in-person are encouraged to wear a mask.

So what happens if you can't or don't want to wear a mask, can you still vote?

The answer, according to the Pennsylvania Department of State, is yes.

You can still vote if you’re not wearing a mask.

A spokesperson from the department of state said quote "We strongly encourage voters to wear masks out of respect for their fellow voters and for the dedicated poll workers staffing the polling places. Voters who are not wearing a mask will not be denied their right to vote."

York County spokesperson Mark Walters echoed that statement saying, "It is a state and federal health regulation, for that reason we encourage people to do it. If you go to the grocery store, it's recommended in general, but no one is going to be turned away."

Walters also says poll workers are being told not to engage with voters on the mask issue.

A local attorney says if a poll worker tried to stop someone from coming into a polling location without a mask, they may have a case.

"I think you could make a really good argument that for the public health and safety of everyone, you can require people to wear masks to go vote," said Scott Cooper, attorney at Schmidt Kramer.

Though he also says it could be a civil rights issue and polling locations would need to offer those people another way to vote.

RELATED: Businesses can require you to wear a mask or refuse to serve you, it's their right!

RELATED: A face mask requirement does not violate your constitutional rights

If you have an issue while voting, you can file a complaint here.