Looking for a house in Northern Virginia? Prepare yourself for a 'challenge'

"Sight unseen" offers and packed open houses are just a few of the things that await prospective buyers in the region's hot housing market. 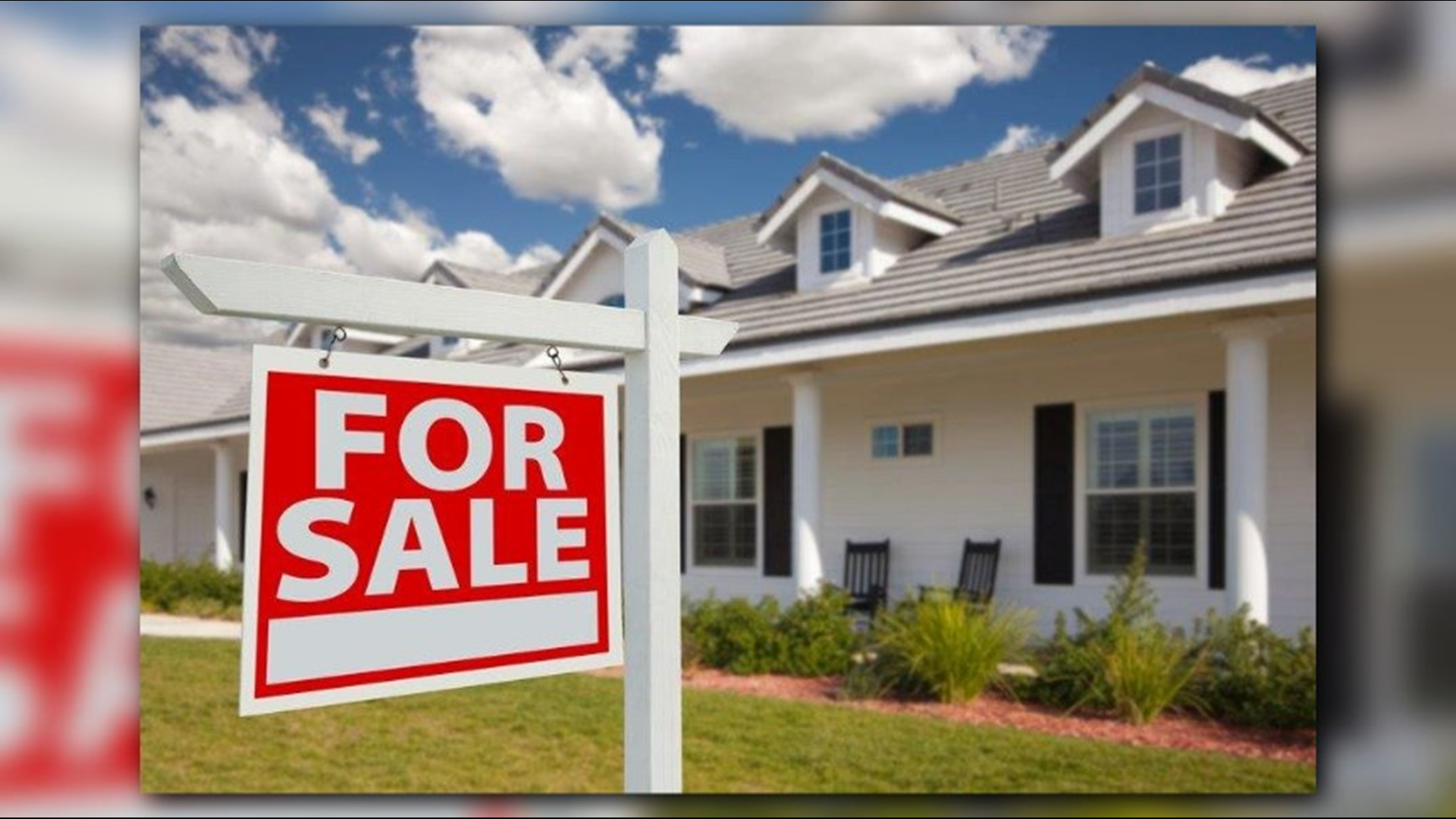 FAIRFAX, Va. — The housing market in Northern Virginia is hotter than ever, according to local real estate experts. However, many recent buyers like Tashina Gorgone say it was a challenge to navigate.

Gorgone and her husband, Alex Kane, purchased a house in Fairfax County in April. The couple decided they wanted more space than their two-bedroom condo had offered during the pandemic.

“We started in late January or early February looking aggressively,” she said. “It becomes kind of your whole identity once you commit to something like that. And, so, even though it's now only April, it has felt like a much longer process.”

Gorgone said they were quickly confronted with a lot of competition in the local housing market.

She said the pair attended one open house where there was a line of prospective buyers down the block.

“And, the realtor who was selling the house was there and had told us that even though I think it had just been on the market for about 24 or 48 hours, she had already had five very aggressive offers over asking price,” she said. 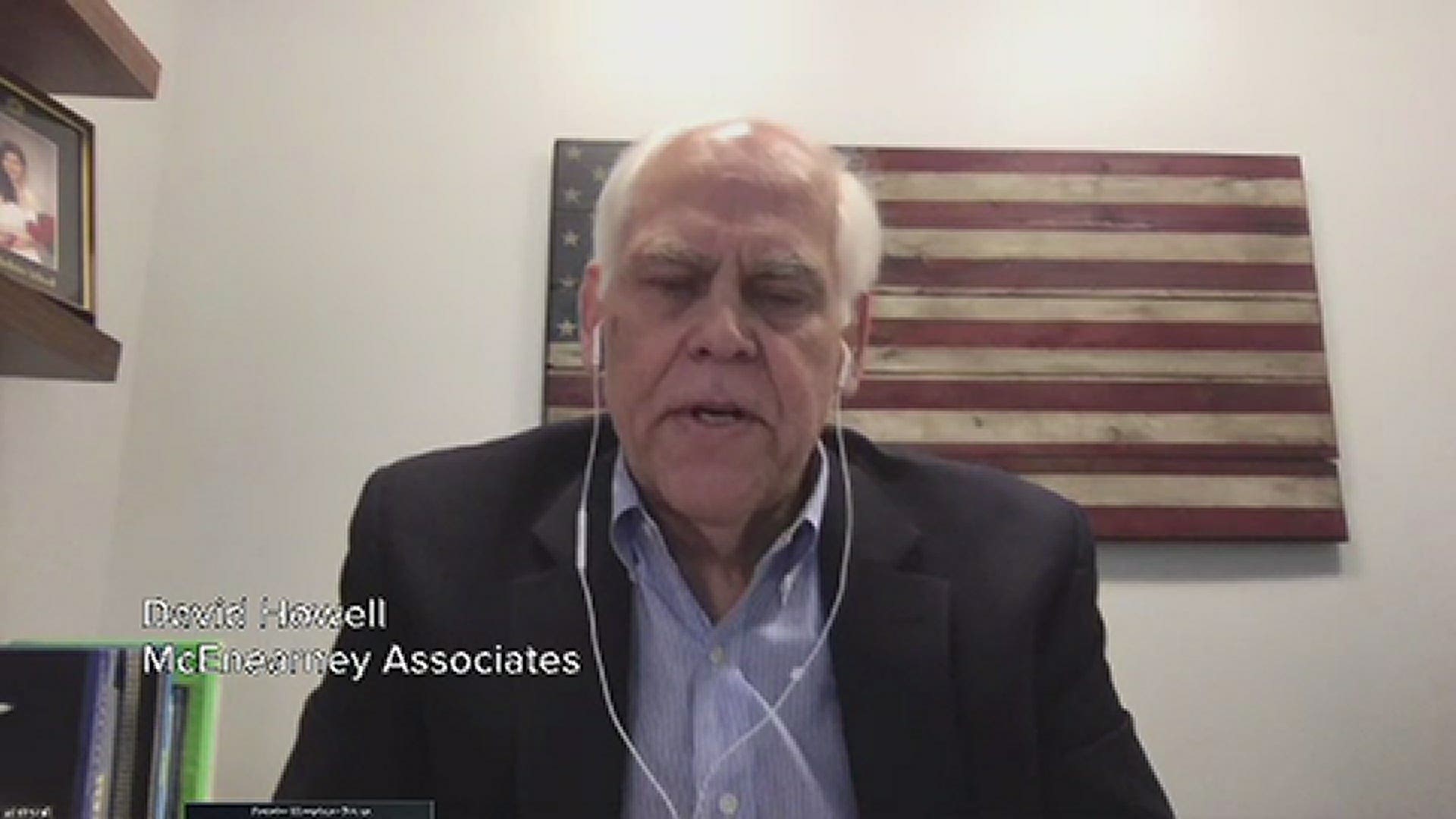 Above: David Howell, executive director of McEnearney Associates and former president of the Northern Virginia Association of Realtors, discusses the current housing market in Northern Virginia.

Gorgone said she was informed by a real estate agent that same property ultimately had 20 offers placed on it before it was sold for more than $60,000 over its listing price.

Their experience is not abnormal.

According to the Northern Virginia Association of Realtors, buyers across the region have found themselves engaged in multiple offer competitions with other prospective homeowners.

Sight unseen offers, where a buyer will make an offer on a home without actually seeing it in person, have become more common in Northern Virginia too.

“I've been doing this for 35 years and I could probably count on two hands, prior to this market, the number of sight unseen offers I've seen,” said David Howell, the executive director and chief information officer of McEnearney Associates. “We've seen that in the last two weeks. It's stunning.”

Howell also once served as a president of the Northern Virginia Association of Realtors (NVAR). He said NVAR recently held an informal poll of 115 Realtors. More than a third of them said they had clients who made offers on a home without seeing them first. Almost half of the poll’s respondents said they received a sight unseen offer on behalf of their seller clients.

Put your “ear to the ground” of the market with the @Bright_MLS T3 Home Demand Index, which tracks signals of buyer intent across the market, down to the Zip code level. The latest update is available here: https://t.co/mhKB252Zib#BrightMLST3HomeDemandIndex pic.twitter.com/GiWdO49FlF

Amazon’s construction of a second headquarters in Arlington County has fueled some of the demand for housing in Northern Virginia. However, Howell says there is a lot more at play in the local housing market besides that.

“It's really characterized by a stunning shortage of inventory and huge demand fueled by low interest rates,” he said. “And, frankly, the impact of COVID as people have assessed their living and working circumstances.”

Howell said the confluence of those factors has made the demand for houses and townhomes in particularly hot.

He said at the end of March there were only 44 townhomes on the market in the entirety of Loudoun County.

NVAR reports home sales activity for Fairfax and Arlington counties, the cities of Alexandria, Fairfax and Falls Church and the towns of Vienna, Herndon and Clifton.

At the end of March there were only 555 detached homes on the market in that region. At the same time last year, there were 1,217.

The lack of housing supply has created a market favorable to sellers. NVAR said the average March sales price was up 7% compared to last year.

But, Howell says, the hot market has even made some locals worried about selling their home.

“There's plenty of folks that would probably like to change their living circumstances and would like to put their house on the market and sell and move to another property,” he said. “But they're nervous about doing that, because although it would be a great time to sell, if they're buying in this region, they're buying into those same tight circumstances.”

Northern Virginia is not the only part of the D.C. region with an active real estate market.

The multiple listing service, Bright MLS, released data this week that shows the number of closed sales, year-to-date, in Montgomery and Prince George’s counties were up 14.6% and 15.2% respectively.

D.C. has seen similar demand. Bright MLS says the current median length D.C. townhomes are on the market is seven days. It says that is an all-time low.

Gorgone says she knows entering the housing market right now may seem daunting. However, she has some advice for locals who ultimately choose to do so.

“They need to prepare themselves for a little bit of disappointment, but not to lose hope,” she said. “I think that's the most important thing, recognizing the importance of not compromising.”