James Wood, who screamed 'f***ot' and 'b*** buddy' at his next-door neighbors Kyle and Leo Metz, was acquitted of assault, but fined $1,000 for disorderly conduct. 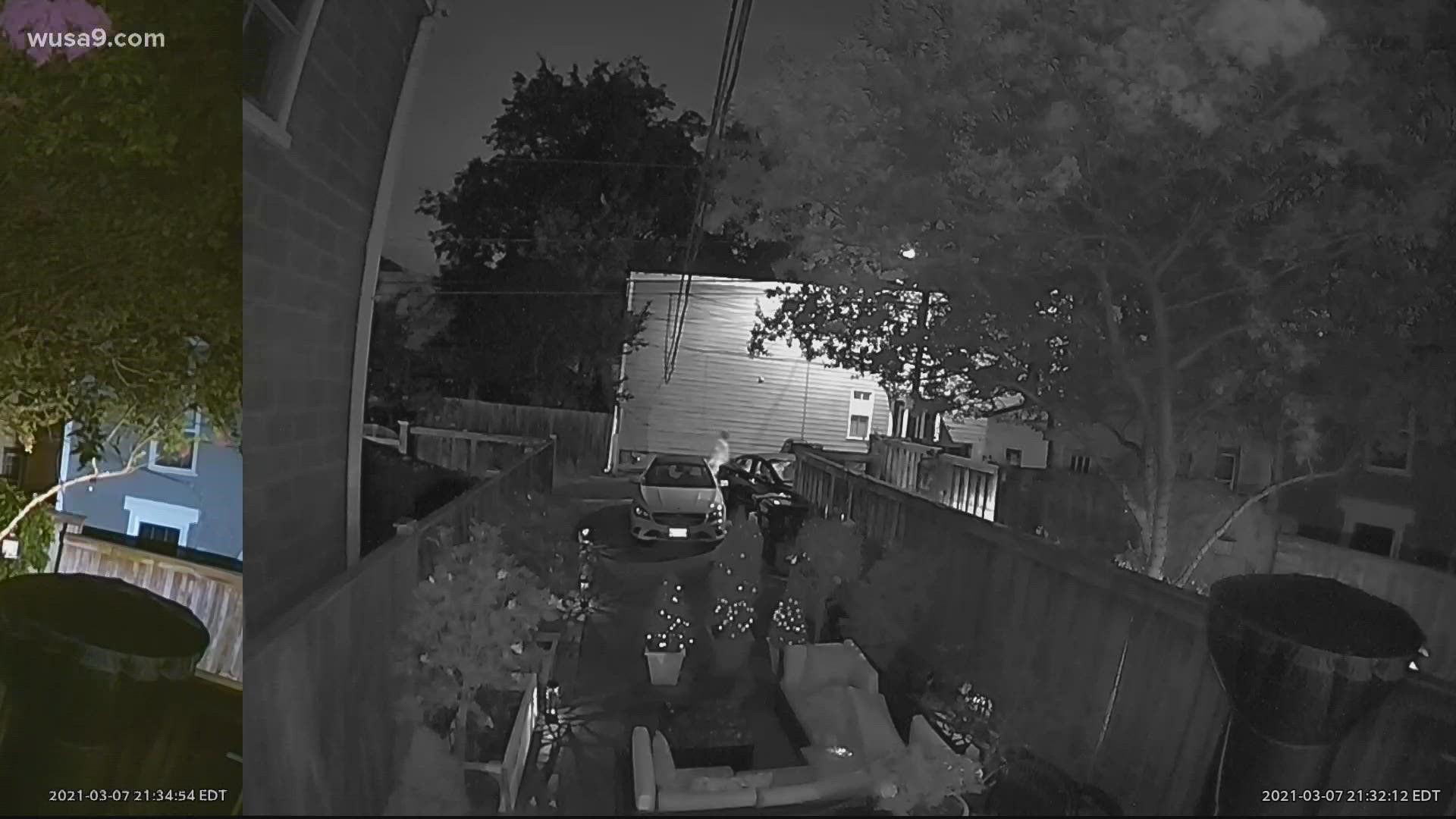 ALEXANDRIA, Va. — An Alexandria man whose anti-gay slurs against his neighbors were caught on camera has been convicted of disorderly conduct, but acquitted of assault.

General District Court Judge Thomas Kelley Jr. said Monday that he couldn't see from the video he watched if James Wood actually took a swing at Kyle and Leo Metz, Wood's married next-door neighbors, so the judge dropped the assault charge. Instead, Kelley found him guilty of the lesser count of disorderly conduct, which cannot carry a hate crime aggravator.

The judge fined Wood $1,000, gave him a 90-day suspended jail sentence, and one year of unsupervised probation.

Wood's tirade against his neighbors drew national attention when WUSA9 first reported it in July.

The couple declined to talk to WUSA9 after Wood's conviction, saying the prosecutor had told them to keep quiet in case Wood decided to appeal.

The incident, captured on Ring camera video from July 3, started when Wood struggled to park his Tesla in a parking space behind his house, accusing his neighbors of stationing their planter box in a way that made it impossible for him to get into his driveway.

When another neighbor, Julia Kennedy, tried to intervene, Wood went after her too.

"You fat a*** w***! What's your issue?" Wood screamed. "I see you out the window having sex with your girlfriend all the time."

Kennedy, who testified against Wood on Monday said she's convinced he committed a hate crime.

"James Wood was asked directly by the prosecutor whether each of the terms and phrases that he used against me, and against Kyle and Leo Metz, were offensive and homophobic and he said no," she said.

"We're not anti-gay," Mary Wood said in July. "As a matter of fact, on the tape, my husband says he loves LBGT. He just thought they were an embarrassment."

Hicks said he thinks the sentence is fair and he's not sure if they will appeal.

Neighbors say the Woods have now moved away from the house on Duke Street.

"This is a really nice neighborhood," Kennedy said. "But hatred like that doesn't know boundaries."