Supporters say, she had done so much for so many people but focuses on her work with women's rights 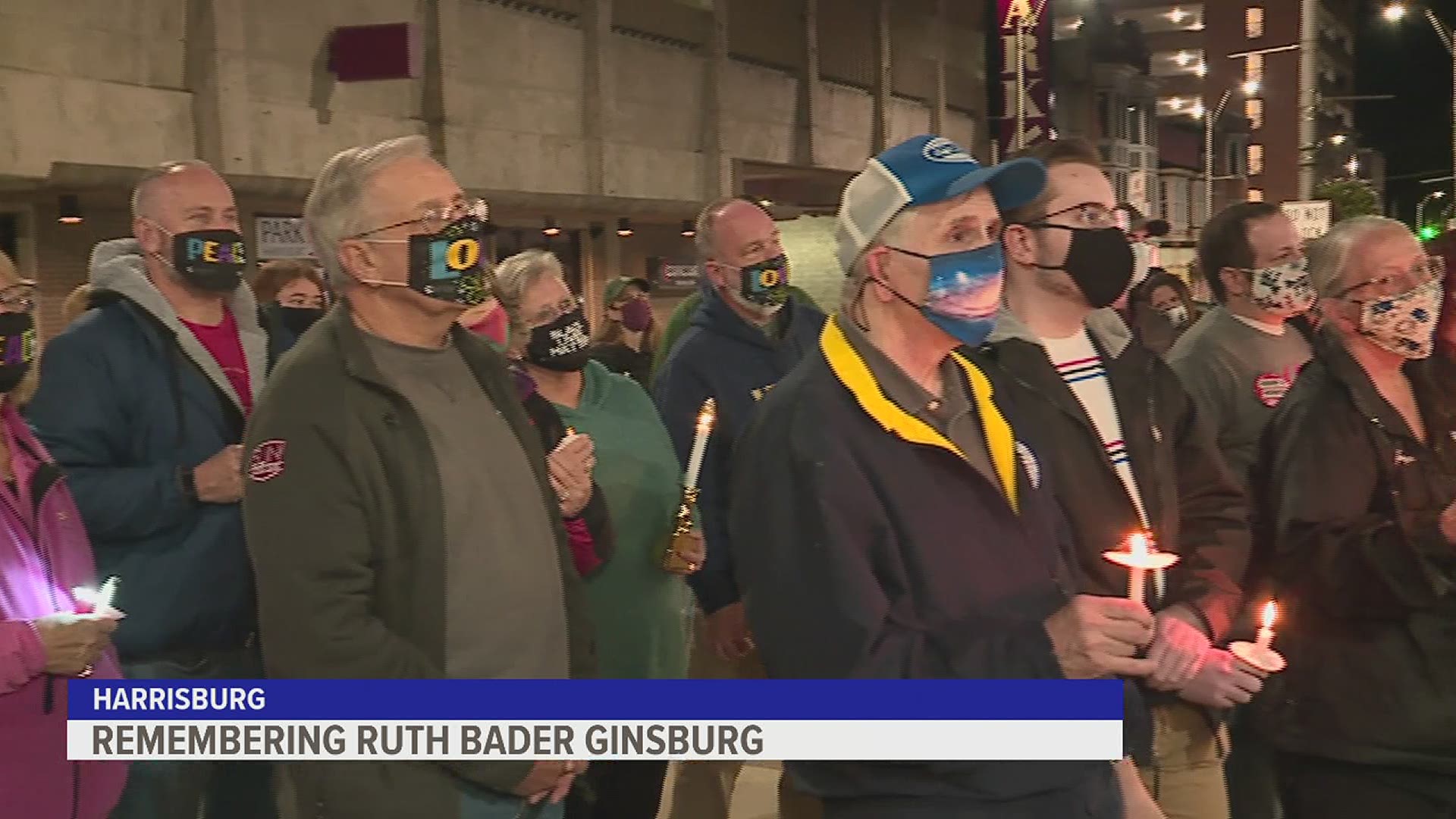 HARRISBURG, Pa. — People in Harrisburg held a vigil Saturday to remember the legacy left by Justice Ruth Bader Ginsburg. While they say she will be remembered for so much, they couldn't help but focus on just how much she's done for women's rights.

About 100 people gathered at the steps of the Federal Courthouse in Harrisburg. With Ruth Bader Ginsburg signs, pictures and even face masks, they remembered the work she did, not just on the U.S. Supreme Court, but her entire adult life.

"She broke glass ceilings for women," said one supporter.  "And was a champion for gays right,  women's rights all of the time so we can't loose that passion."

Known as a pioneer in women's rights, dedicating her career to gender equality, Ginsburg ensured women were not discriminated because of their gender.

"I hope people understand that she didn't give up, fought for what she cared for," said Agerton. "And no matter how many times doors were slammed in her face or she told she couldn't do it, she did it."

In her time before the U.S. Supreme Court, Ginsburg founded the ACLU's Women's Rights Project, and was involved in hundreds of sex discrimination cases.

"She could have retired in that moment and her legacy would have been incredible," said Andy Hoover, ACLU of Pennsylvania. "She broke ground on fighting against sex discrimination against women in the 70's."

Supporters say, Ginsburg's work in women's rights barely scratched the surface of all she accomplished in her career, but is certainly one that has impact many lives.