A video of a family taking photos on train tracks in Franklin County is being shared on social media, because they narrowly miss a moving train. 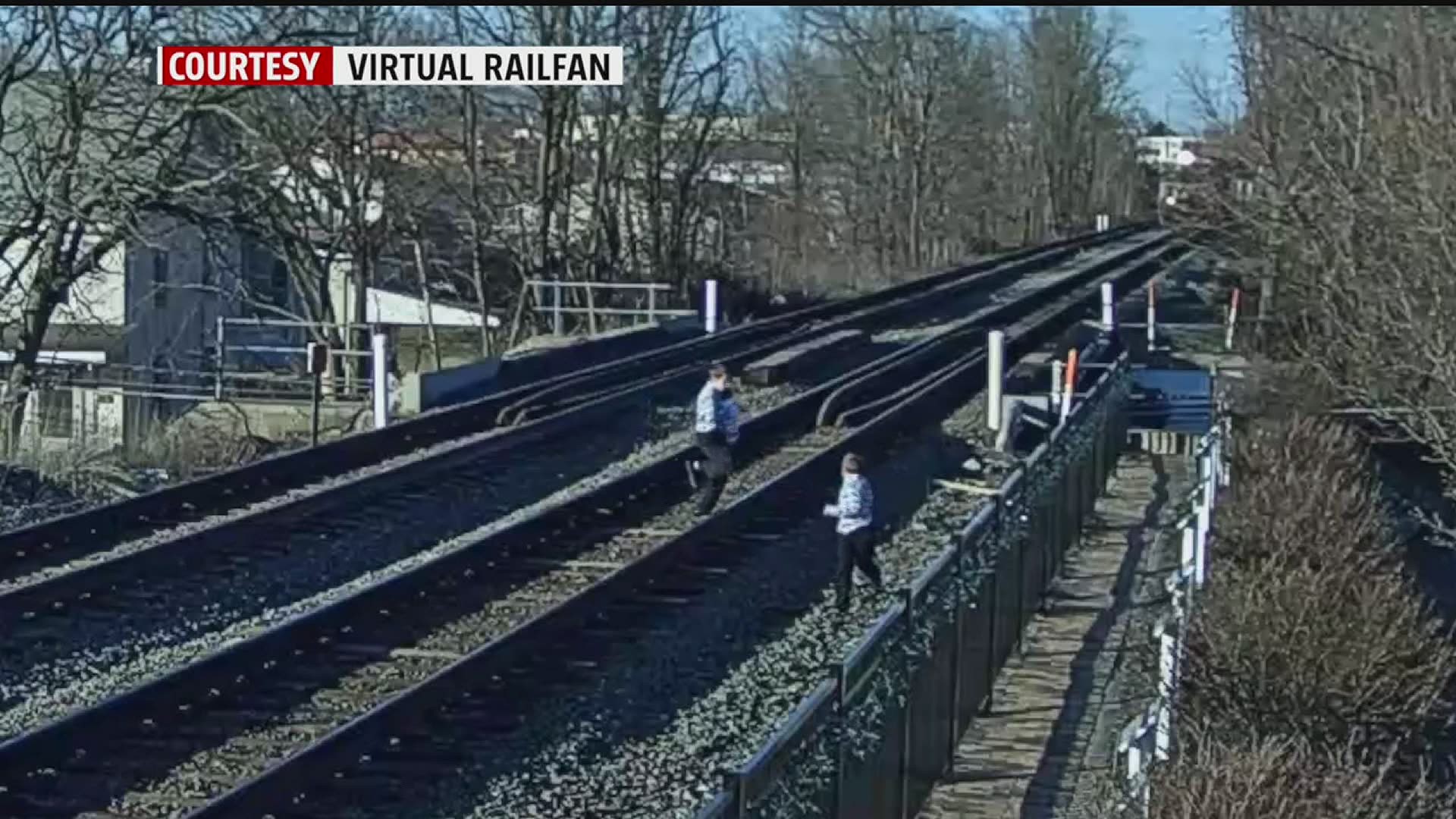 FRANKLIN COUNTY, Pa. — A video of a family taking photos on train tracks is being shared on social media, because they narrowly miss a train that was passing through. They only had seconds to spare.

A seemingly pleasant afternoon of family photos takes a horrifying turn. Within seconds a family is running for their lives. Viewers are holding their breath until the end.

"My heart was in my throat that whole time, watching, going, 'Oh my gosh'," Mike Cyr said.

Cyr is the President and CEO of Virtual Railfan.

It's a company out of Tennessee that live streams more than 80 cameras in 4 countries to train fans around the world. One of its cameras captured the incident on the Norfolk Southern tracks in Greencastle, Franklin County.

"We see a lot of crazy stuff with that many cameras around the country," Cyr said. "This one certainly hit home. As a parent I watched that in absolute horror. That train was on top of those people before they knew what happened."

FOX43 showed the video to McCurdy who lives across the street from train tracks in New Cumberland. She said she sees people on the tracks.

"Oh yeah. All the time," McCurdy said. "Every day. Every day. People should have a little more common sense when it comes to trains."

But that common sense isn't so common.

"It may sound stupid, but it's incredibly hard to hear a train coming at you when you're in front of it," Brock Kerchner, State Coordinator of Operation Lifesaver of Pennsylvania, said. "It's a Doppler Effect. You can't hear the train until it's past you. At the same time if you're looking and you see a train coming at you - there's an optical illusion."

And above all, it's illegal and considered trespassing to walk on train tracks.

"One wrong move there and that would've been a different story," Cyr said.

Norfolk Southern, the company that owns the tracks, released the following statement to FOX43:

"Norfolk Southern reminds the public that it is extremely dangerous and also trespassing to walk on or within the right-of-way of railroad tracks. People should cross tracks only at designated crossings and use caution at all times."

There is a section on operation lifesaver's website that is dedicated to photographer safety when working near tracks.