Workers recently discovered a symbol of service inside a vehicle at the salvage yard. Last year, they found a veteran's ashes. 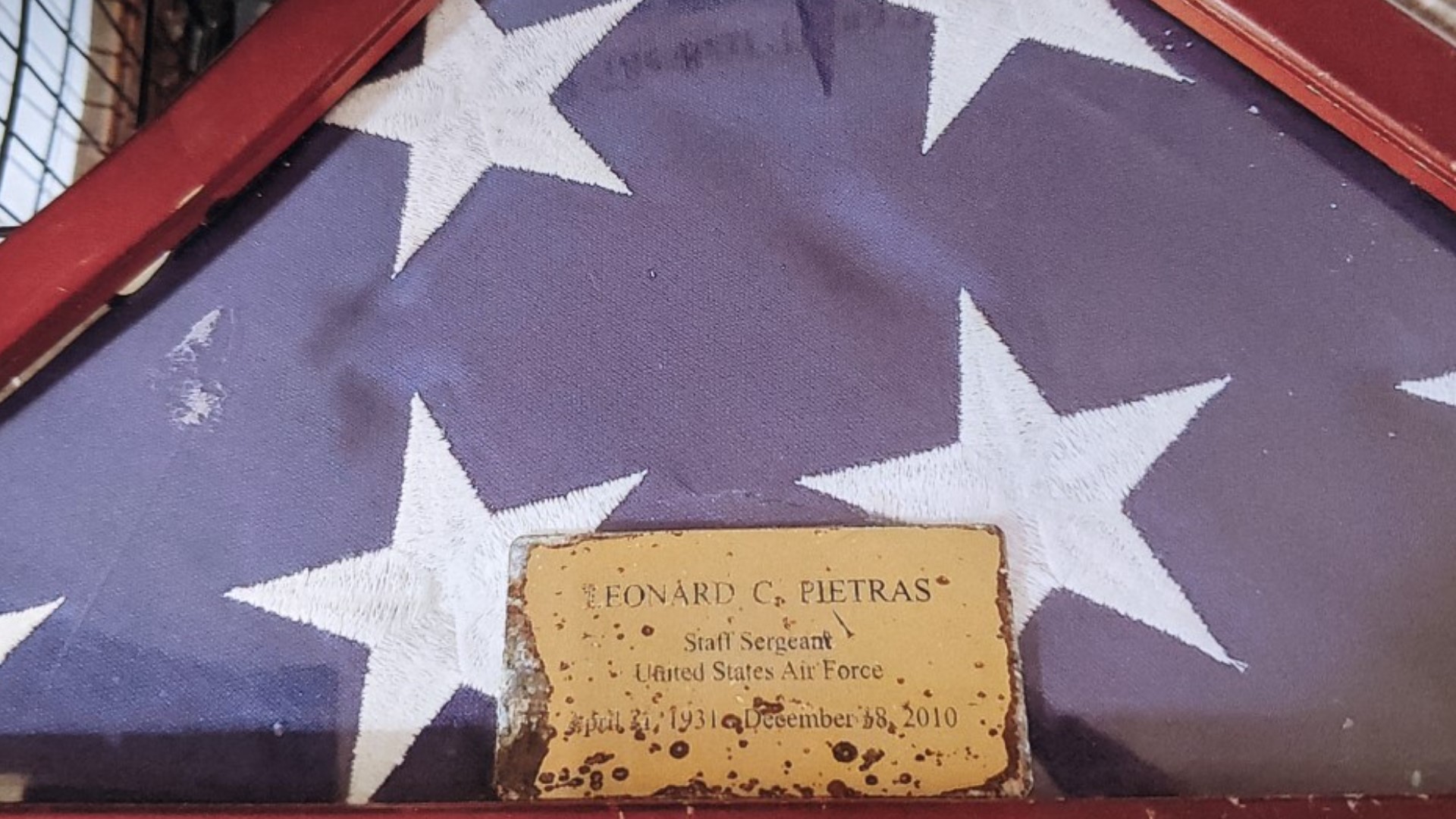 "We find all kinds of stuff in cars -- everything imaginable," said Steve Olkowski, the owner. "A lot of people live out of their cars. It's their life."

Recently, though, employees say they discovered the unimaginable.

"It had the brass plate with his name, rank, when he was born, and when he passed away," explained Sheila Ferraro, a manager.

They found a veteran's burial flag left in a trunk.

"I had the guy's name so I went to Google and Googled his name. Found his obituary online," explained Ferraro.

His name is Leonard "Pete" Pietias. The 79-year-old last lived in Hummelstown. Ferraro then discovered his story of service and sacrifice.

"He was a huge, huge military man. He spent 20 plus years in the military. When he got out, he belonged to VFWs, the American Legion," explained Ferraro. "He was very high up in his rank."

Ferraro says she had to take action.

"When they brought it to me, I refused to leave it in my office. I actually put it in my car, took it home," Ferraro said.

It's not the only unusual find at the salvage yard.

In 2020, they discovered the ashes of another veteran.

Ferraro says both stories have a happy ending.

The three-year manager made some calls. She first contacted the Lancaster County Coroner who has since reunited the urn with the veteran's grandson.

Most recently, she called the VFW. The casket flag found will fly at Fort Indiantown Gap National Cemetery this Memorial Day.

"They took some time away from what they do, and they made difference in peoples' lives," said Ron Peters, state commander of the VFW.

Peters honored Red Lion Salvage with a special pin for every worker and certificates of commendation.

"It's truly a patriotic thing to do," added Peters. "They're making a difference in people's lives."

"It's a great honor. I didn't do all this for the recognition. I did it for peace of mind and so these guys served our country and they got the respect they deserved in the end," added Ferraro.