Cory Angell is the Director of Communications for the PA VFW. He is also a veteran who served in Afghanistan and Iraq. He recalls some of what he experienced. 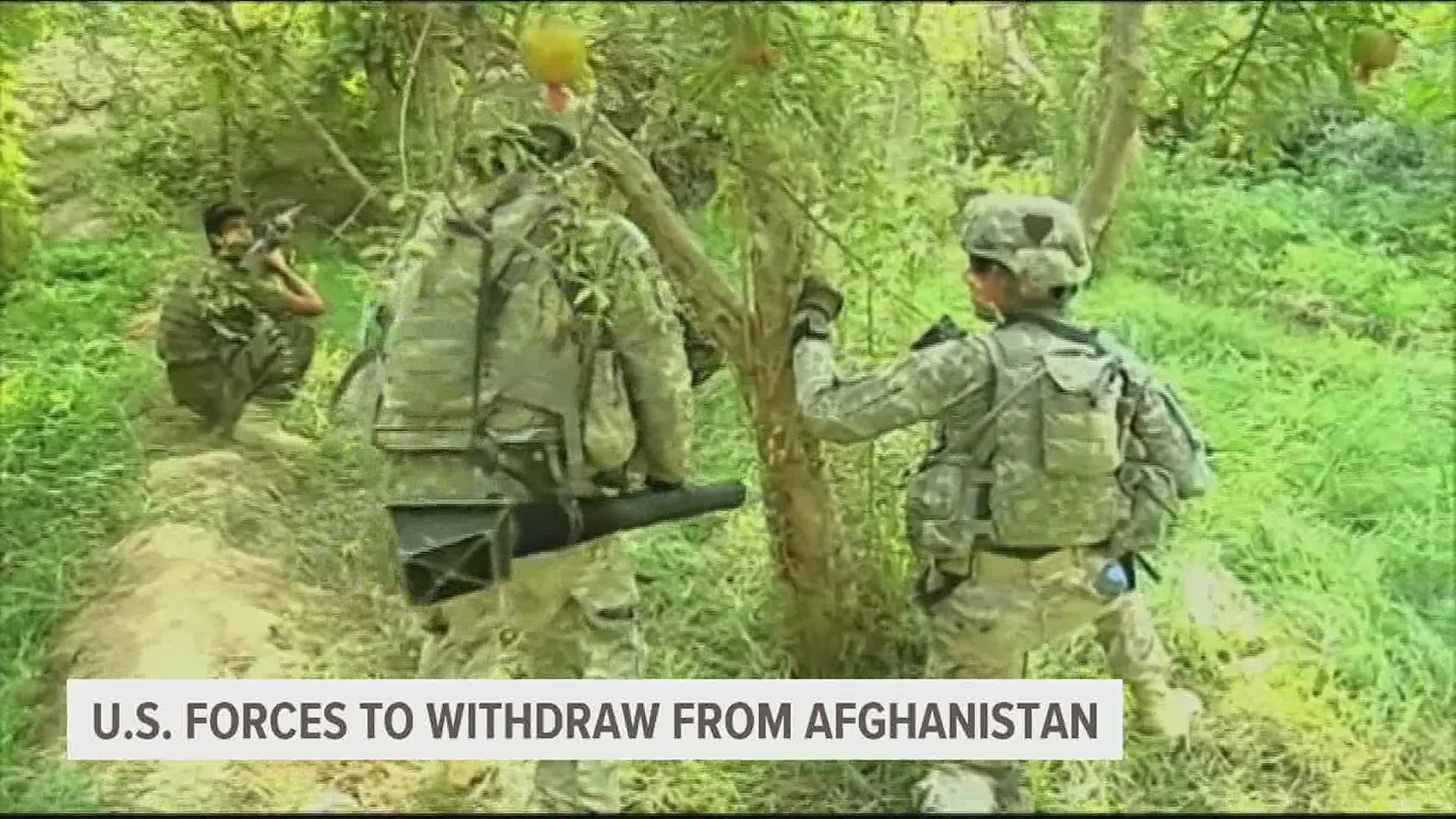 YORK COUNTY, Pa. — Some say the end to the 'forever war' is in sight.

President Biden announced the remaining troops in Afghanistan will withdraw in the coming months with a complete pullout by September 11.

That will mark the 20-year anniversary of the terror attacks.

For Angell, September 11 is a long time coming.

"It [the war] has impacted a lot of people. If you look at all the blood and treasure spent over the past two years, how long do you stay?" questioned Angell.

Angell is Director of Communications for the VFW of Pennsylvania. He is also a veteran with 30 plus years in the service, including three tours during the 'Forever War.' He was first deployed to Afghanistan as a public information officer in 2002.

"You'd see a helicopter or a Russian fighter jet just crashed in the desert," explained Angell. "You'd see debris of war from the 1980's."

He recalls one of the most interesting things he says he saw.

"We were watching Saddam Hussein preparing for the American invasion: a father and son in digging, fighting positions," stated Angell.

He can remember some of the missions.

"Al-Qaeda or Taliban would be hiding in the cave complexes, and we would go clear the caves. It's pretty rough terrain too. It's pretty dangerou cause some of these guys would free climb with grenades in their cargo pockets and pistols tucked in the back of their pants," explained Angell.

He notes how things have changed since 2002.

For Angell, the best part of Afghanistan was the people.

"There really are good people there," said Angell. "I hope the country sees the days the country saw back in the 60's. That was a very advanced country, an up and coming country."