Two big events brought hundreds of people to Gettysburg Friday night. Organizers from both were determined to keep things peaceful. 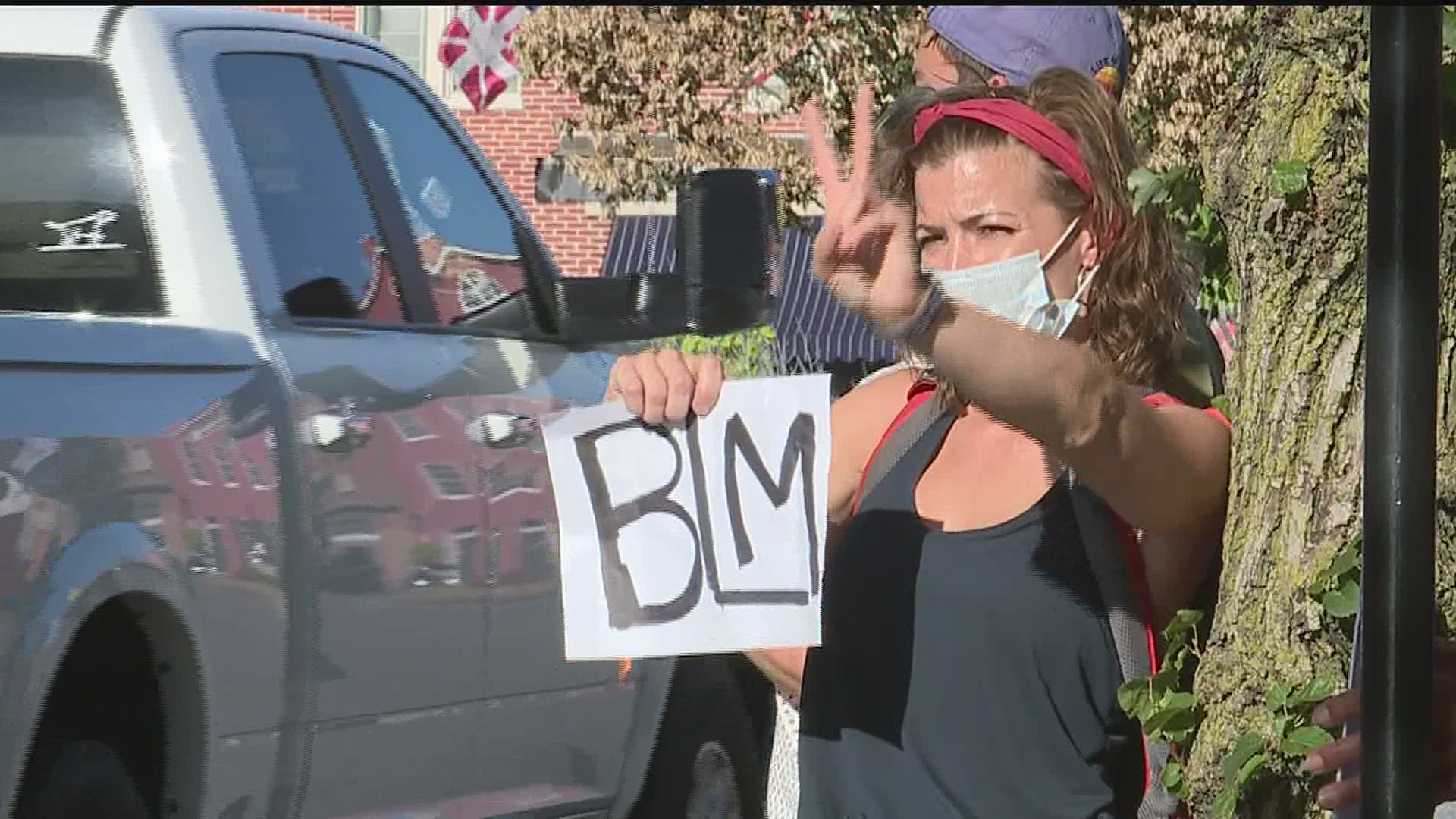 Revving up for an unofficial bike rally in Gettysburg: Hundreds of riders from all across the country traveled on motorcycle to historic Adams County.

Wood planned the rally after the coronavirus put a hard stop to the official Gettysburg Bike Week which is held every year.

"This is for the vets that gave us our freedom and the black and blue that protect us every day," said Wood.

Wood said veterans and police officers will be taking part in a ride on Saturday. Wood also added the purpose of the rally is to patronize local businesses impacted by the pandemic.

RELATED: Fact vs Fiction: Police weigh in on online firestorm over 4th of July in Gettysburg

"All the stores stepping up and the restaurants and hotels, they need our help," said Brandy Fitzgerald, a rider. "I am glad the bikers came out and were like 'we're coming anyway.'"

Just a few miles away, in downtown Gettysburg, organizers held a Black Lives Matter protest in response to alleged hatred that took place in Gettysburg earlier this month.

"All lives matter, that is true, but black people, they have things against them," said Alicia Aguilar, a participant. "They are targeted."

"Am I treated fairly?" questioned Mike Douglas, a participant. "Honestly, I don't expect no one to say anything, but at the end of the day, are we always treated fairly? We catch that shortness. I am tired of catching the short end of the stick."

Both of the event had the same message from organizers.

"This is very peaceful. We all come together as a bike community and show the love," said Wood.

"It will stay peaceful. There is no ifs, ands, or butts," added Whaley.

"They have their thing. We have ours. It's whatever - as long as it's peaceful," added Fitzgerald.

Things did get a bit heated during the protest when some protesters said armed militia arrived downtown.

"They're just trying to cause trouble," added Aguilar. "There is no reason for them to be here. This is a peaceful group."

Gettysburg police lined the square during the protest, and the participants also police themselves. Some yelled, "do not engage," when things got tense.