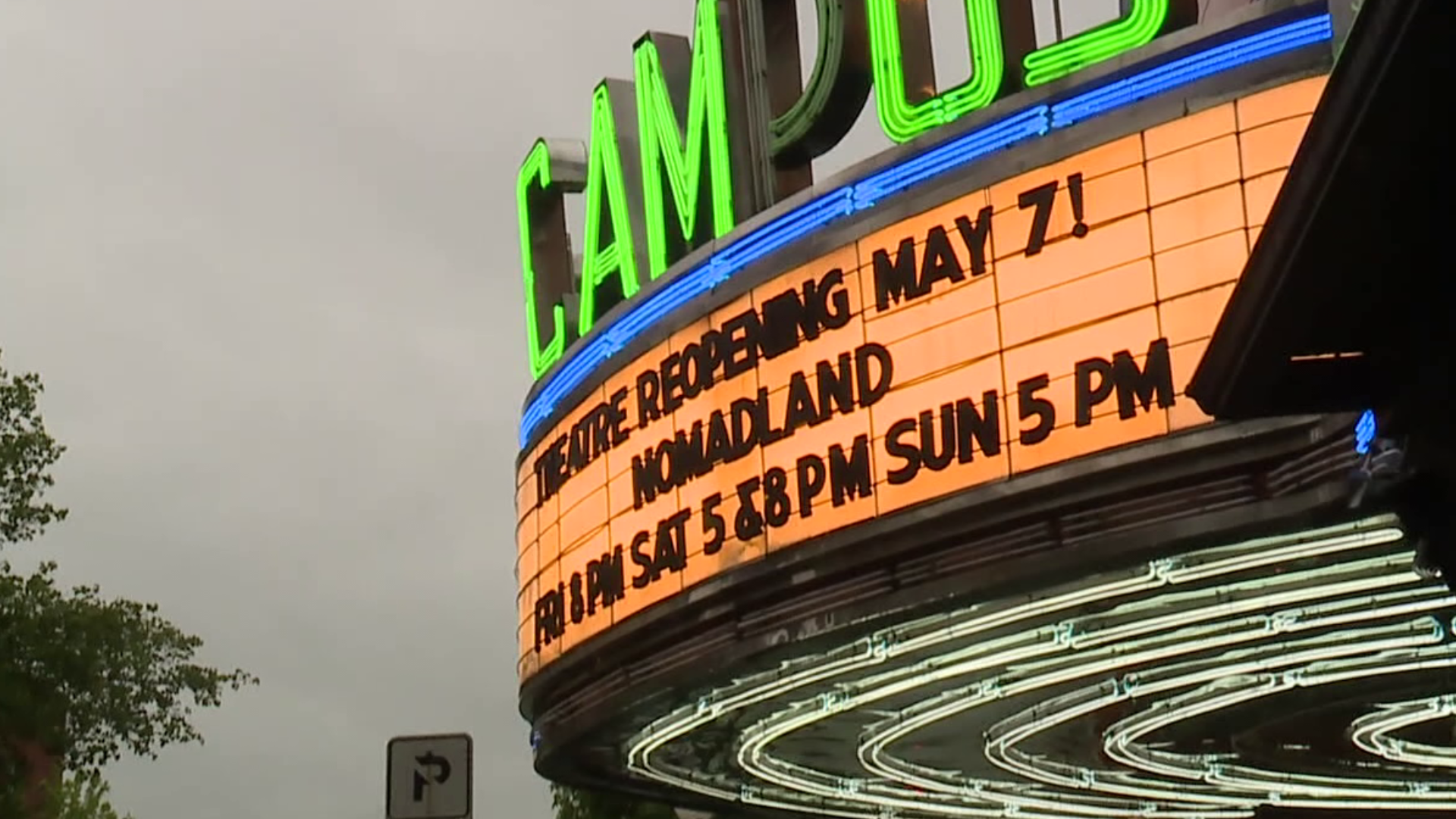 LEWISBURG, Pa. — As moviegoers found their seats here inside the Campus Theater, they were the first people to take in a movie there since November.

The theater in downtown Lewisburg was shut down by rising COVID-19 cases after a brief opening that month.

Now the nonprofit theater is back in business, much to the delight of its loyal members.

“It's really important for our community. I think Lewisburg is such a wonderful town and the Campus Theater is one of those things that makes it different than a lot of other towns around,” said member Laura Adams from Lewisburg.

This reopening comes as the state announced it would lift restrictions on capacity limits by Memorial Day.

However, the theater's executive director Scotta Magnelli says that wasn't what prompted this reopening.

“Well, a big part of it was the fact that the vaccination numbers were increasing and the COVID cases were decreasing,” said Magnelli. “And we were getting the sense that people were ready to come back.”

The executive director says when the state lifts the restrictions, she doesn't believe the theater will go full capacity right away but rather slowly add the amount of people in the audience.

“We will take it baby steps, yeah, yeah. And we'll let our audience dictate that too,” said Magnelli.

At the Sherman Theater in Monroe County, executive director Rich Berkowitz says the concerts he's booked for the summer are mostly outdoors on this lawn here in Stroudsburg, called "Concerts on the Creek."

Berkowitz says he, too, will take it step by step going back to full capacity inside the theater. Still, he's happy to know he could be back to normal in just a few months.

“It still is certainly a step in the right direction, and we're hopeful that we're going to get enough momentum to open up fully come the fall,” said Berkowitz.