'Unacceptable': School District of Lancaster moves to rename middle school, other changes possibly on the horizon

Edward Hand Middle School is currently named after a Revolutionary War general who owned a plantation in Lancaster County. 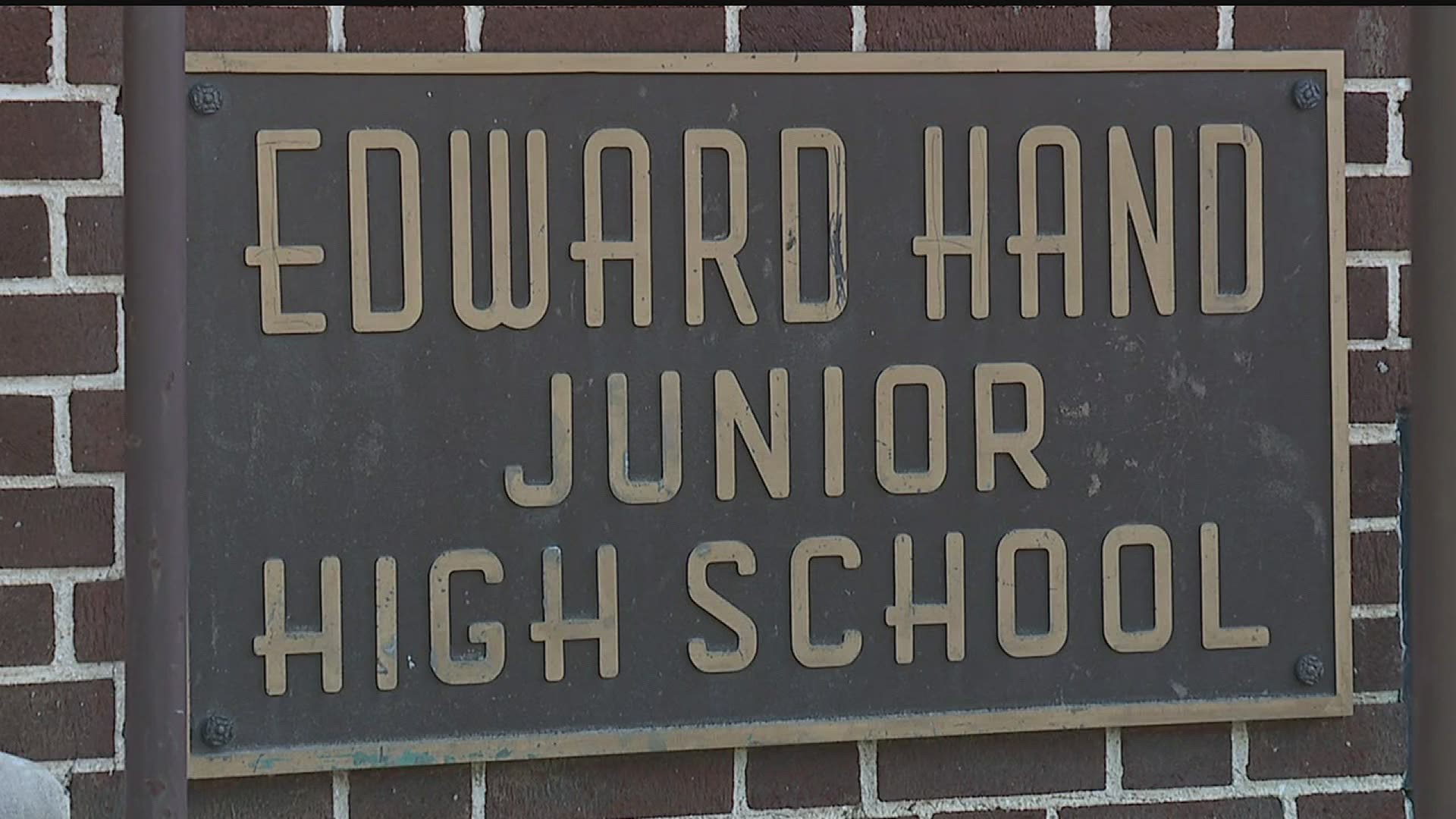 LANCASTER, Pa. — A Lancaster County middle school will be renamed amid increasing pressure from families and community members and racial unrest across the country.

Madra Clay is one of those community members; the long-time Lancaster City resident says the name Edward Hand Middle School represents all the wrong things.

"Edward Hand represents for us part of the oppression and hatred that black people experienced during his time and that we continue to experience now," explained Clay.

The School District of Lancaster (SDOL) school board voted unanimously in favor of changing the name. It's a lengthy process, according to superintendent Dr. Damaris Rau, that could take over a year. First, Dr. Rau says the school's signage will be removed in time for the start of the school year and replaced with temporary banners.

"We have to think about the children who walk into the school every day, looking at the name and saying, 'this person would've wanted me to be a slave.' That is unacceptable," explained Dr. Rau.

For background: the school is named after Edward Hand, who rose to the rank of general during the American Revolutionary War. According to battlefields.org, Hand "became adjutant general of Washington’s army and handled provisions and casualties at Yorktown. He resigned from the army in November 1783 but not before receiving one last promotion to brevet major general. He died on September 4, 1802 of an undetermined illness."

Those against the name change say it erases important history and cite the additional taxpayer costs that come with renaming a school.

"There will be a cost, but some things you have balance with what's right," explained Rau.

Rau did not specify how much renaming the school could cost.

"If necessary, I am almost 100% positive that the black community would get together and support and provide finances to make this happen," said Clay.

Dr. Rau says reopening the school in time for September is the first priority. Then, a team of faculty, professionals, students, and community members will be assembled to begin the lengthy renaming process. The team will also be looking at other SDOL school names, including Buchanan Elementary, and deciding if they are appropriate.

If it were up to clay and more than 4,200 other people who signed a petition online, the new name would be Hazel I. Jackson Middle School in honor of the first black female teacher with the school district.

"She continuously applied to the Lancaster School District for employment and was turned down many, many times, but she was relentless," explained Clay. "It would be an inspiration for the entire community to have this happen."

Gen. Edward Hand is also known for being a doctor, farmer, politician, and immigrant.