The Prison Board of Inspectors is moving forward with investigations into two recent inmate deaths and the suspension of the prison director. 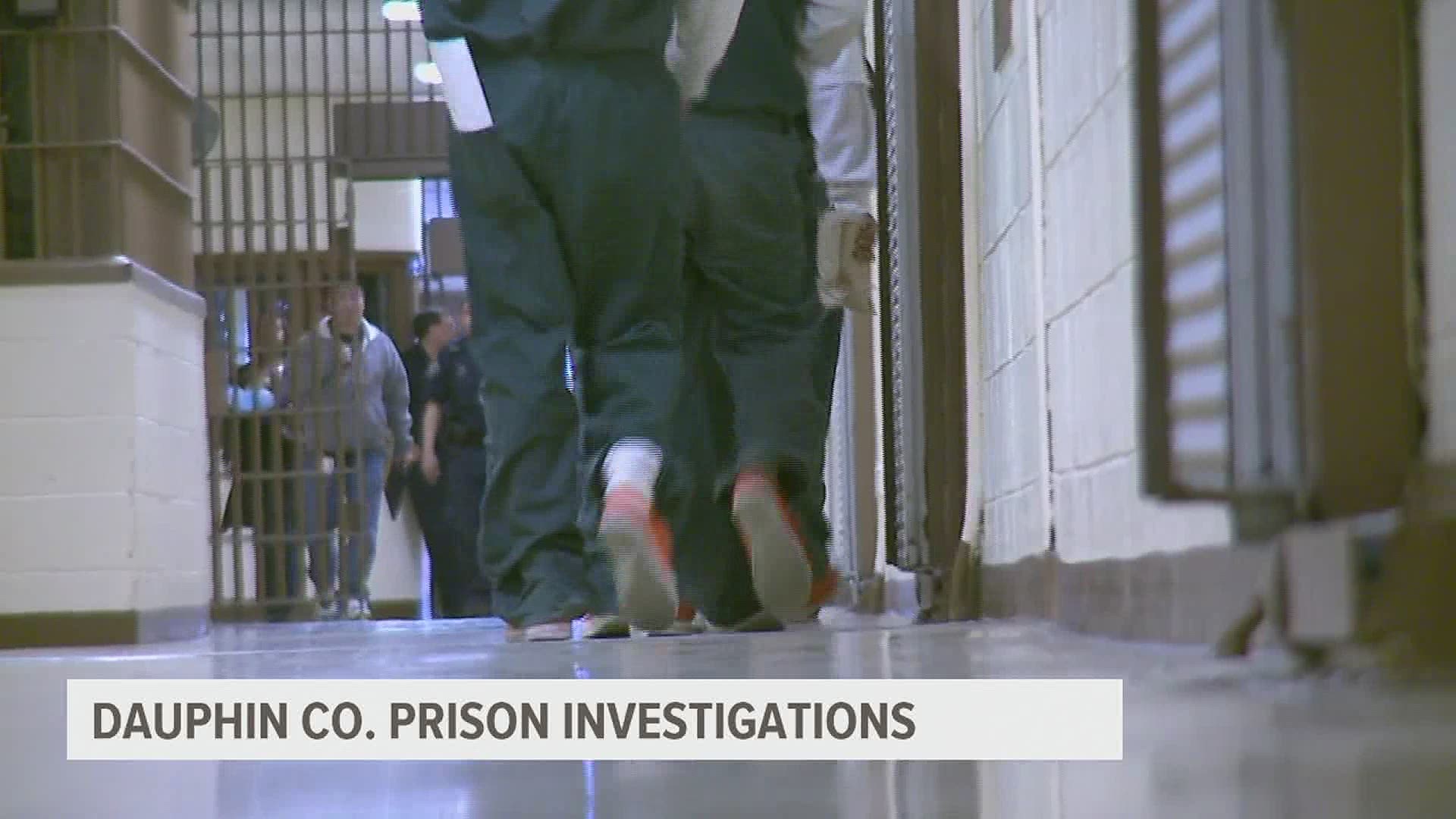 HARRISBURG, Pa. — At the Dauphin County’s Prison Board of Inspectors’ monthly public meeting, the board approved an independent medical review of the two recent inmate deaths and a separate personnel investigation involving the Director of Corrections. Both investigations are being paid for by the Dauphin County Jail Fund.

The Prison Board approved an agreement with independent investigator, Michael Murphy, to conduct an in-depth medical review of the inmate deaths. Murphy will also provide litigation consultation to Dauphin County and its attorneys, said County Commissioner Mike Pries.

On August 29, 50-year-old Jimmy King Jr., who was incarcerated at Dauphin County Prison and found minimally responsive in his cell from a medical event, died at Hershey Medical Center. King was incarcerated for retail theft, escape and an accident involving damage to auto/property.

On August 20, 46-year-old Herbert Tilghman, who was incarcerated at the prison for possession with intent to manufacture, collapsed and suffered a fatal medical event while receiving treatment.

Autopsy results in both cases are pending the outcome of toxicology testing, according to the county coroner.

In an unrelated action, the board also secured an independent investigator outside of the area with Post & Schell to conduct a personnel review in the matter involving the Director of Corrections, Brian Clark. Clark was suspended with pay on August 29, pending the outcome of the investigation.

“The suspension of Director Clark does not relate to any conduct that could give rise to criminal liability,” said Dauphin County District Attorney Fran Chardo.

Dauphin County Commissioners will make a formal statement about Clark’s suspension at the conclusion of the investigation, Commissioner Pries said.

The investigations have brought years of problems within DCP bubbling to the surface. Destiny Brown, a member of the Pennsylvania Prison Society, raised concerns about inmates’ lack of hygiene products.

“I have spoken with individuals that I’ve seen who were leaving the prison and they said they were there for almost a week before they got soap and deodorant,” Brown said. “It seems like we’re constantly talking about cleanliness and that’s something that we shouldn’t really have to be continually discussing.”

Lisa Kessler-Peters was a Dauphin County Prison inmate seven years ago. Though there was a different warden then, she said she experienced the same hygiene issues.

“As an inmate there, I was kept in the annex for a week. I wasn’t given the ability to take a shower or get clean clothes or get a toothbrush or deodorant. These concerns are very real,” added Kessler-Peters, who wrote about her experience at DCP in a recent book.

Some Harrisburg residents urged the board to address contraband issues within the jail. Prison Warden Greg Briggs confirmed some inmates recently had access to lighters and said they are looking to increase random searches of correctional officers.

On July 31, several former DCP staff members were indicted by the U.S. Middle District Court for smuggling cellphones into the prison.

There have also been three new pro se lawsuits filed against the jail and one dismissal since the last Prison Board meeting, said Frank Lavery, Jr., solicitor for the Dauphin County Board of Prison Inspectors.

The Prison Board hopes to have results of both investigations as soon as possible. An update is expected at the next Prison Board meeting on Wednesday, Oct. 14 at 1:30 p.m.