Last Memorial Day, 2.2 million travelers used the Pennsylvania Turnpike. This year, the number of holiday weekend travelers is expected to be 1.1 million. 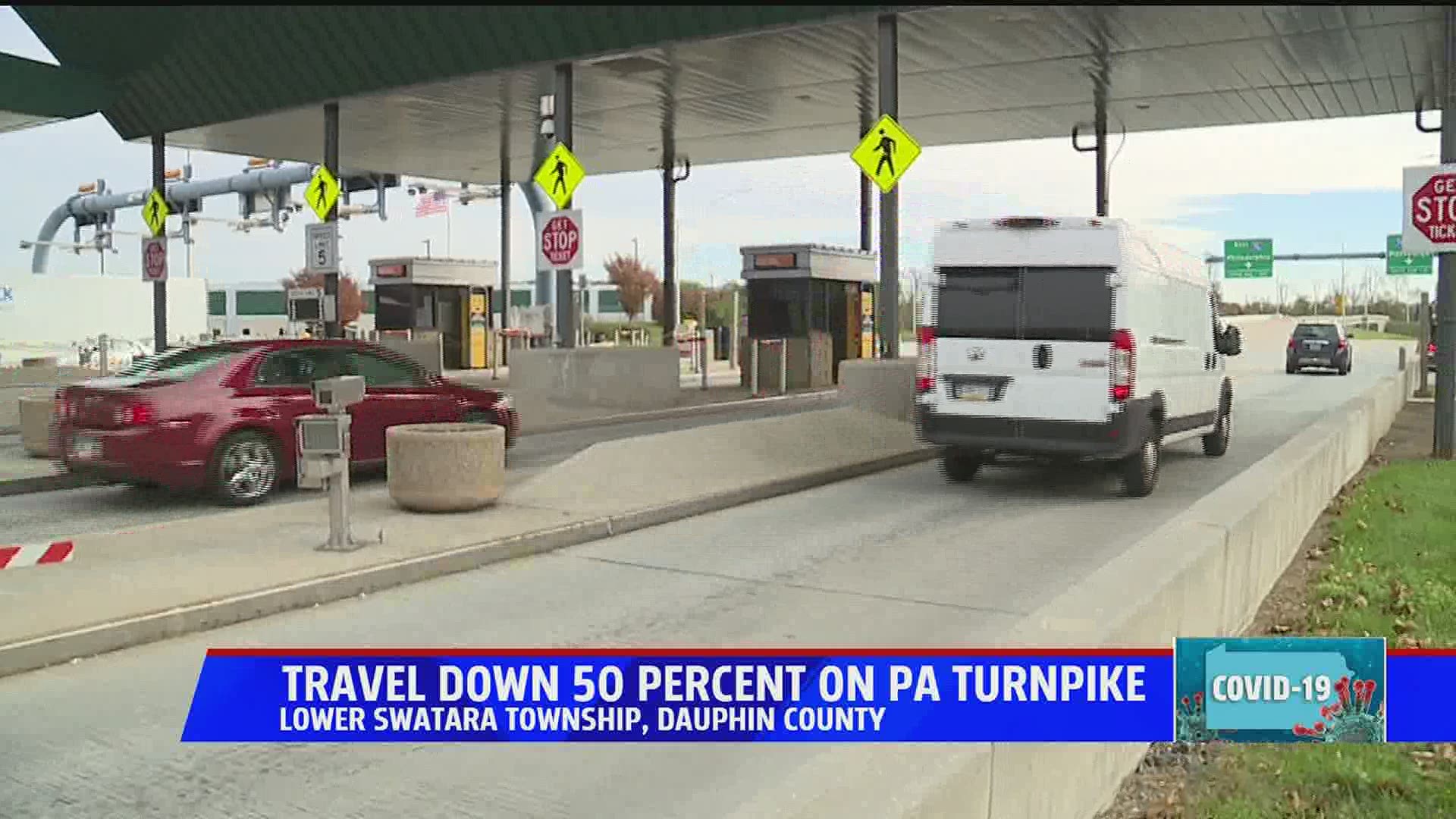 HARRISBURG, Pa. — This weekend could go down as the least traveled Memorial Day Holiday weekend in history. Travel on the Pennsylvania Turnpike is already down about 50 percent over the last two months because of the COVID-19 pandemic.

"Since the beginning of March, this organization, the PTC is down approximately $118 million in revenue and traffic is down about 50 percent," said Mark Compton, PTC CEO. "That's about 20 million fewer passengers, customers we won't get back."

To make up for that loss in revenue the commission is doing a number of things, including:

But, there is a bit of light at the end of the tunnel. The week of April 5th, travel was down by 64 percent but, travel has been slowly increasing since then by about 2 percent each week.