Grain entrapment a concern on farms; Now, a York County fire company will be trained to help

When a farmer or worker falls into a grain bin, the situation can turn deadly within seconds. A York County fire department will soon have the tools to help. 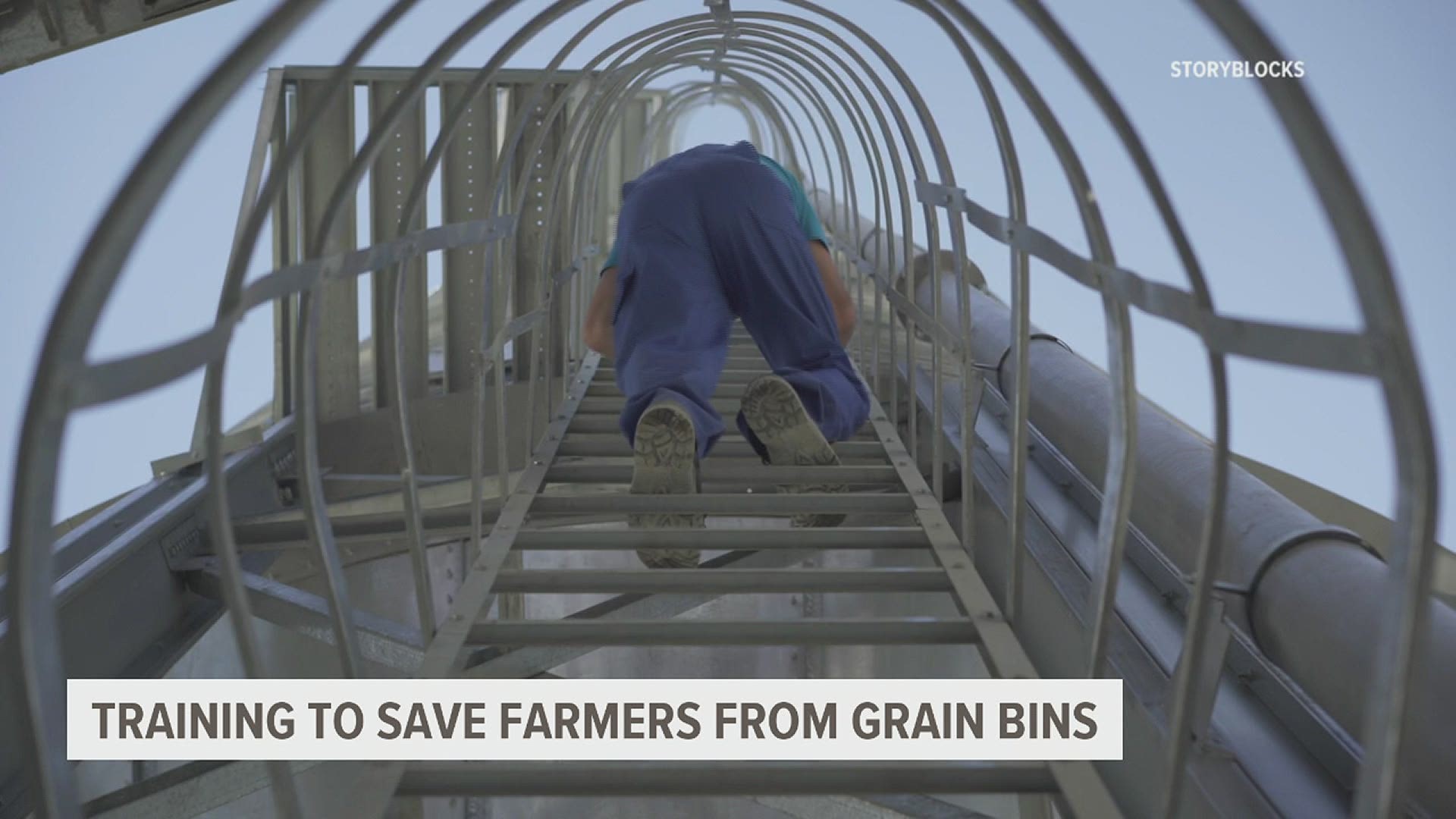 YORK COUNTY, Pa. — A southern York County fire department is receiving equipment and training that could help save a farmer's life.

The Citizens Volunteer Fire Company in Fawn Grove will receive special rescue tubes and training to help prevent grain bin deaths. The company covers 32 square miles in Southern York County where there are many farms and the potential for a grain bin nightmare, according to Chief James Williams.

"Whether it falls in on them from the sides of the wall, or it acts like a quick sand and they sink," explained Chief Williams.

As a career firefighter in Maryland, he has trained for those kind of situations.

"The pressure around each square inch of your body: From your feet to your belly button or chest, there is little to no room for movement," explained Williams.

It can also be difficult to breathe. Though, now, all of Citizens Volunteer firefighters and some other area first responders will be prepared for those kind of emergencies. Nationwide is awarding 48 fire departments across the country, including the Fawn Grove department, with life-saving grain rescue tubes and training.

"We know it's an industry problem that farmers and grain operations people are going into grain bins, and people are dying. That is something that we as a large company - we're involved in agriculture - we need to do something to help," explained Paul Stevenson, a Senior Risk Management Consultant for Nationwide.

Now in its 8th year of advocating for grain bin safety, Nationwide has supplied 200 of the rescue resources to fire departments with four successful rescues since 2014, according to Stevenson.

"I was a farmer, and I understand," he said. "You think, 'time is short,' so you rush through, and you don't think things through."

When it comes to grain bins, Stevenson says Nationwide has a no-entry policy. Though, the insurance company acknowledges farmers have a job to do.. So if a farmer is to go inside, Nationwide advises them to have someone with them or give the local fire department a call so the firefighters know.

"They're shorthanded on the farm, it's not their fault," he added. "We just want them to step back and think about it for a second and say, 'is that worth my life to go in?' and 'have I done the right things before I go in?'"

According to Nationwide, grain bin entrapment is one of the biggest hazards on today’s grain farms. Officials say it takes less than five seconds to become helplessly trapped in flowing grain and less than 30 seconds to become fully engulfed and overwhelmed.