Carlisle, Cumberland County is highlighted in the report for its efforts to advance LGBTQ equality in the Commonwealth. 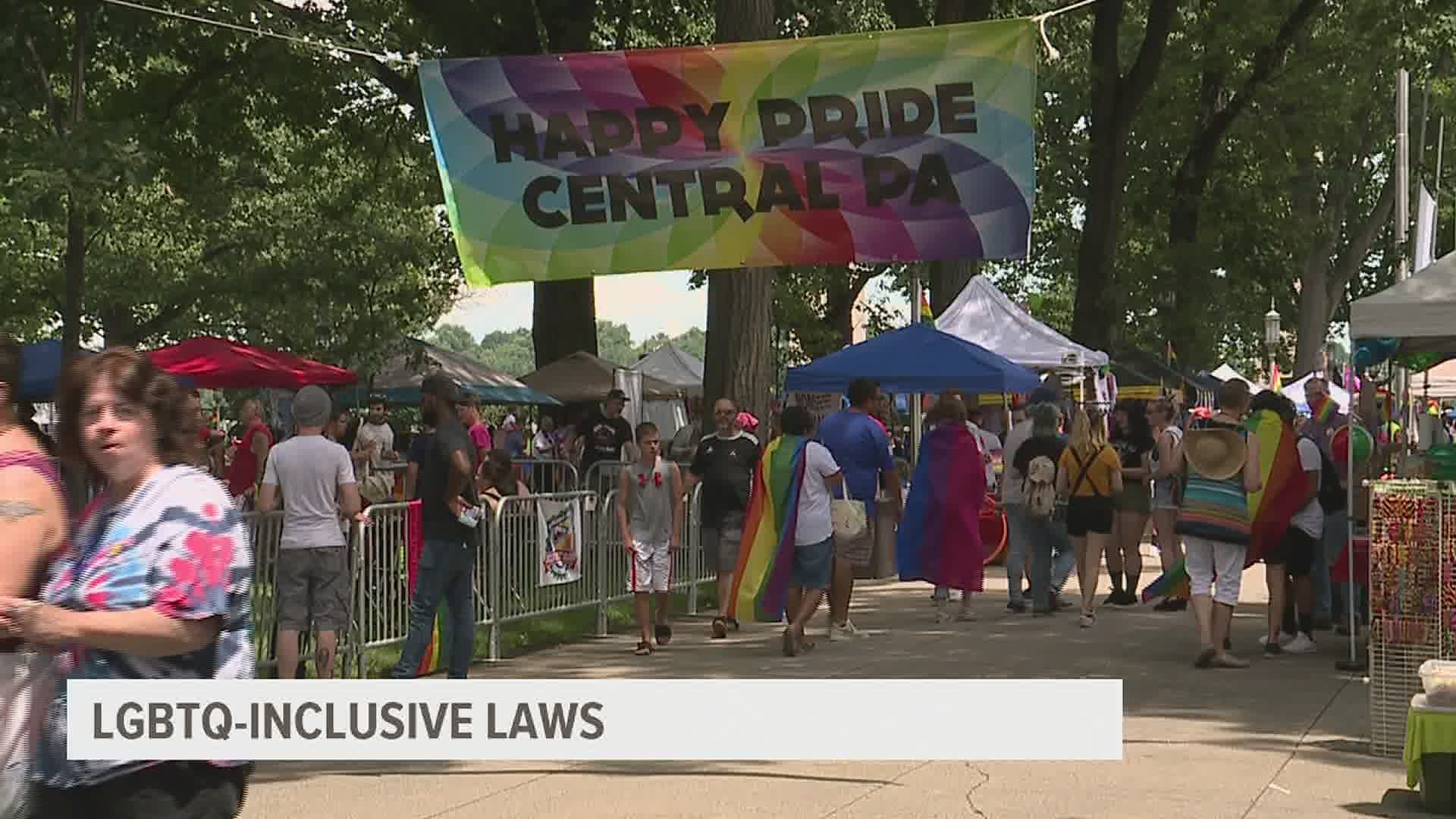 CARLISLE, Pa. — Eight Pennsylvania municipalities, including one in South Central Pa., are being recognized on a national scale for their LGBTQ-inclusive laws and policies. The Human Rights Campaign (HRC) Foundation released their 2020 Municipality Equality Index (MEI) report, which looks at how well city laws protect LGBTQ communities.

The report said local leaders are paving the way towards stronger LGBTQ protections. Carlisle, Cumberland County is highlighted in the report for its efforts to advance LGBTQ equality in the Commonwealth.

The borough passed their non-discrimination ordinance in December 2016, not because of a specific incident, but because the Carlisle Borough Council felt it was the right thing to do.

“I don’t think anyone should lose their job based on who they are or who they love and it’s very sad that that can happen in our state,” said Councilor Sean Crampsie.

Carlisle was the first municipality in Cumberland County to pass anti-discrimination protections for LGBTQ individuals. Leaders in Camp Hill Borough and Shippensburg followed suit shortly after.

“We found through this process that there was discrimination and there was bigotry, but there was also a lack of understanding,” Crampsie added. “And we really felt it was important to get this set up in place so more people can be educated.”

📈 We’re releasing our 2020 index rating municipalities on LGBTQ inclusion in laws and policies.

This year, local communities continue to lead the way on equality, even in times of national crisis and absent state and federal leadership. #MEI2020 https://t.co/x9zvcvIdeb

Now, the borough is recognized by the educational arm of the nation’s largest LGBTQ civil rights organization—the Human Rights Campaign Foundation. Carlisle scored 86 out of 100 points on LGBTQ inclusion by prioritizing measures such as local non-discrimination laws, providing transgender-inclusive health benefits for city employees, and providing services for particularly vulnerable members of the LGBTQ community.

“Cities in Pennsylvania have been leading the way for a long time on LGBTQ equality,” said Xavier Persad, who serves as Senior Legislative Council at the HRC and authored the MEI report. “In the context of the ongoing twin pandemics of COVID-19, and racial violence and injustices, it’s really inspiring to see local leaders understand and act on the fact that, in times of crisis, helping the most vulnerable members of our community is all the more important.”

With no statewide protections for LGBTQ individuals in the Commonwealth, local leaders are trailblazing the path forward to equality. However, only 62 of Pennsylvania’s 2,562 municipalities have passed non-discrimination laws, protecting only 34 percent of the state’s population, according to the Pennsylvania Youth Congress.

“It’s been four years, but I also hope our example is a nudge to those folks in Harrisburg that, hey, this is something that, if it can be done in Carlisle, I think it can definitely be done through Harrisburg for the whole the state,” Crampsie said.

To see how other cities across the country faired, you can find the entire 2020 MEI report from the HRC on their website.