Dr. Levine says there "isn't a lot of granular data" that led to no sports until 2021 recommendation, cites national data

Dr. Levine said national data like pediatric cases in other states, and a COVID-19 outbreak at an overnight Georgia summer camp was used. 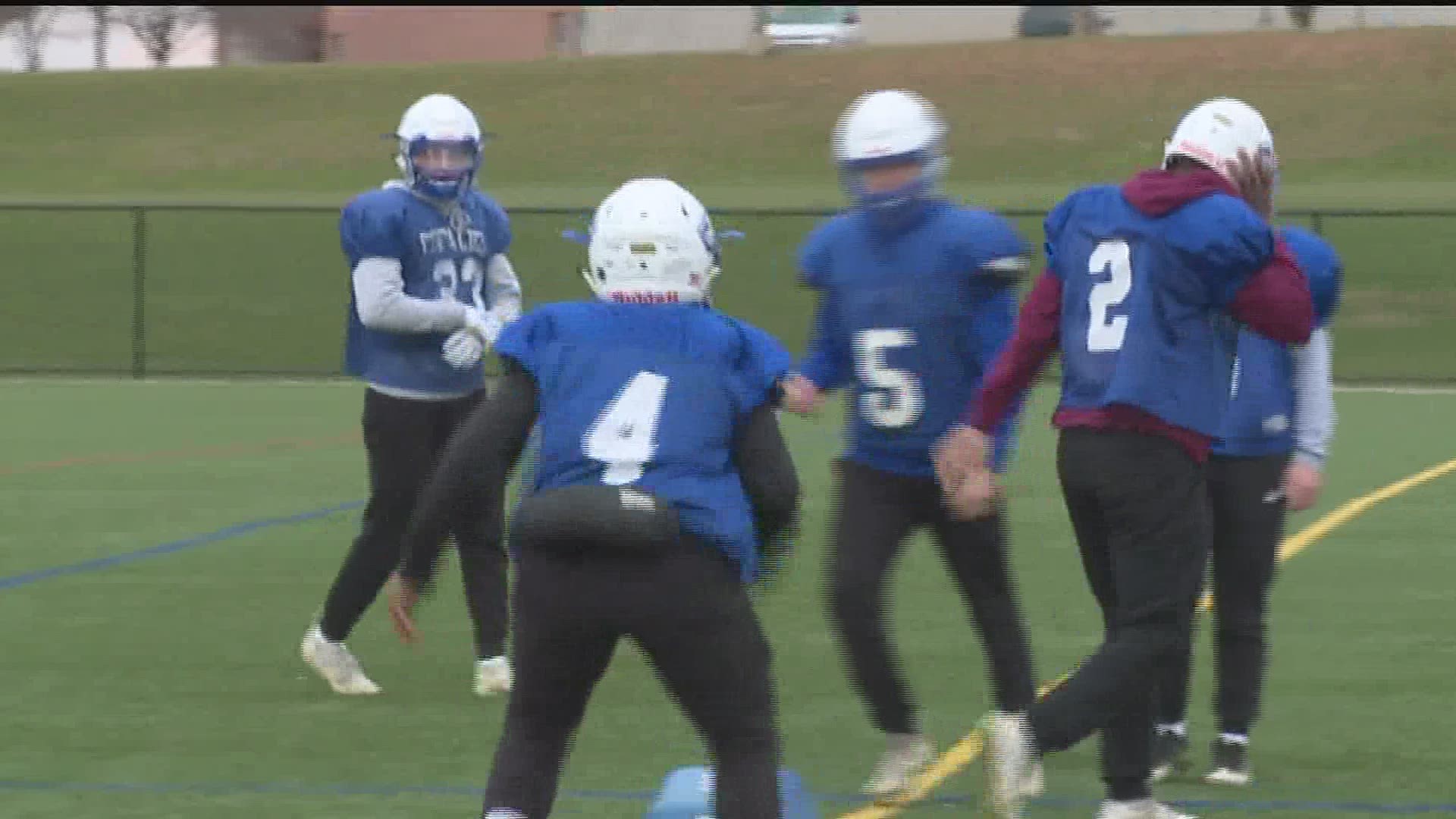 HARRISBURG, Pa. — The Pennsylvania Department of Health Secretary Dr. Rachel Levine gave some insight into how the recommendation of no youth sports until 2021 was made.

Here is what Dr. Levine had to say about the data used to recommend no youth sports until 2021 in its entirety. I will have much more on this on @FOX43 at 4&5 today. pic.twitter.com/7yDVrso4Ip

On a phone call with the Dr. Levine, she said the decision to recommend youth sports not happen until January mostly came from national data. In fact, she did not site any local or state level data. She referenced pediatric cases in other states, along with a COVID-19 outbreak at an overnight summer camp in Georgia, but no data from Pennsylvania.

Following the phone call, FOX43 reached out to the Department of Health for the specific data the department used. A spokesperson for the department told me: "We have seen the increasing impact of COVID-19 on children across the country. Early in the pandemic, it appeared that children were less likely to be infected with COVID-19, and if infected, most had mild to moderate illness. However, we have recently seen a number of significant concerns with children and COVID-19.

The Commonwealth of Pennsylvania has a wealth of COVID-19 pandemic data available on the dashboard and the Early Warning Monitoring Dashboard.

Data released yesterday from the American Academy of Pediatrics revealed that 97,000 children tested positive for COVID-19 in the last two weeks of July.

As of August 6, according to the CDC, there have been more than 570 confirmed cases of Multisystem Inflammatory Syndrome in Children (MIS-C) in the United States. MIS-C is associated with cases of COVID-19, even in children that are asymptomatic. Pennsylvania has seen 40 confirmed cases, one of the highest counts in the country. 40 percent of these cases have been in those 10-20 years.

Even if a child is asymptomatic, they may spread the virus to another child who is at-risk, a coach, teacher, friend, parent or grandparent who could get very sick from COVID-19.

In addition, there is still a lot that is not known about the virus, and the long-term effects of it. We have seen cases of myocarditis, long-term lung issues, and extended hospital stays for previously healthy, vibrant individuals who have become sick with COVID-19.

From the beginning of the outbreak in the United States, we have seen how quickly community spread takes hold and how difficult it is to get it under control.  We continue to experience outbreaks and community spread throughout Pennsylvania.  This recommendation for no fall sports is not only based on data, but common sense."

"We should already know," said State Rep. Seth Grove. "Based on this decision we followed this data."

Rep. Grove from York County has been pushing for the Wolf administration to release its data used to recommend no sports until 2021. He doesn't agree with the administration's lack of local and state level data to make this decision.