It's been eight months since people marched in BLM protests. What has changed since that time? 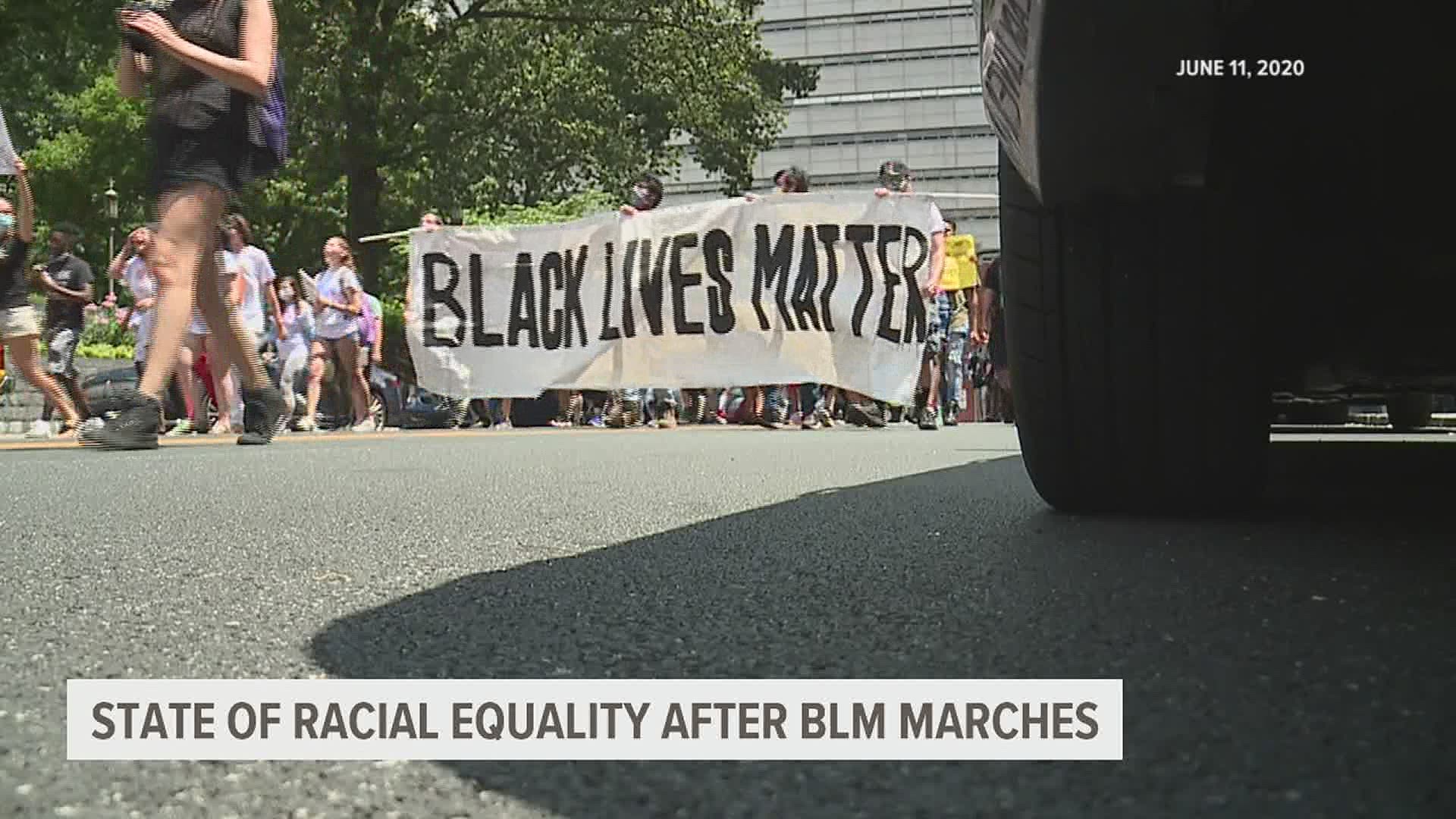 HARRISBURG, Pa. — It's been eight months since thousands of people in South Central Pennsylvania marched in Black Lives Matter protests, standing up against the injustices people in the Black community face.

"We can march, we can peacefully assembly, but at the end of that you got to start being progressive and have things in line to change that narrative," said Kevin Maxson, an activist and founder of 'Voices 4 the Voiceless.'

Maxson has continued the conversation that was the focus in June.

"Black people have been held back in a lot of instances and now that we are aware of that, what is our actionable item? Where are our resolutions," asked Maxson.

For him, one of those resolutions involves the criminal justice system. According to the U.S. Bureau of Justice, one in three Black men will spend time in prison, while one in 17 white men will.

"It's like it's by design," said Maxson. "There's no coincidence these people go home and come right back and generate wealth for that system but our society is failing around this same demographic of people."

Maxson is now focusing on creating a program that will offer emotional and mental health support for people who have spent time in prison.

"The prison experience scars you and leaves a wound that needs attention," said Maxson. "What services are you offering where these people can talk about their issues, where they can talk about the depressive state from confinement and plugging them into resources that can prevent the cycle of recidivism because a lot of people are released from prison and have nothing to get back on their feet."

As of last month, Dauphin County correctional guards now have to wear body cameras. County Commissioner George Hartwick says, the work to improving the racial inequality people in the Black community face is something he's been focused on for years. The Black Lives Matter marches added even more fuel to his fire.

"I'm not going to stop pressing to attempt to try that we have a criminal justice system and human services that is aware of differences in cultures and communities," said Hartwick.

Commissioner Hartwick says, the goal for 2021 is to make sure everyone has a seat at the table. He says, there will be a focus the county's hiring system, especially in the human services department, to make sure those working for the county are representative of those living in it.

"I believe in an agency or police department, government isn't going to solve the problems," said Hartwick. "Unless you have the communities eyes and ears, a sense of trust and an open door, you're never going to be as effective as you can."