The Spotted Lanternfly's next target: your glass of wine 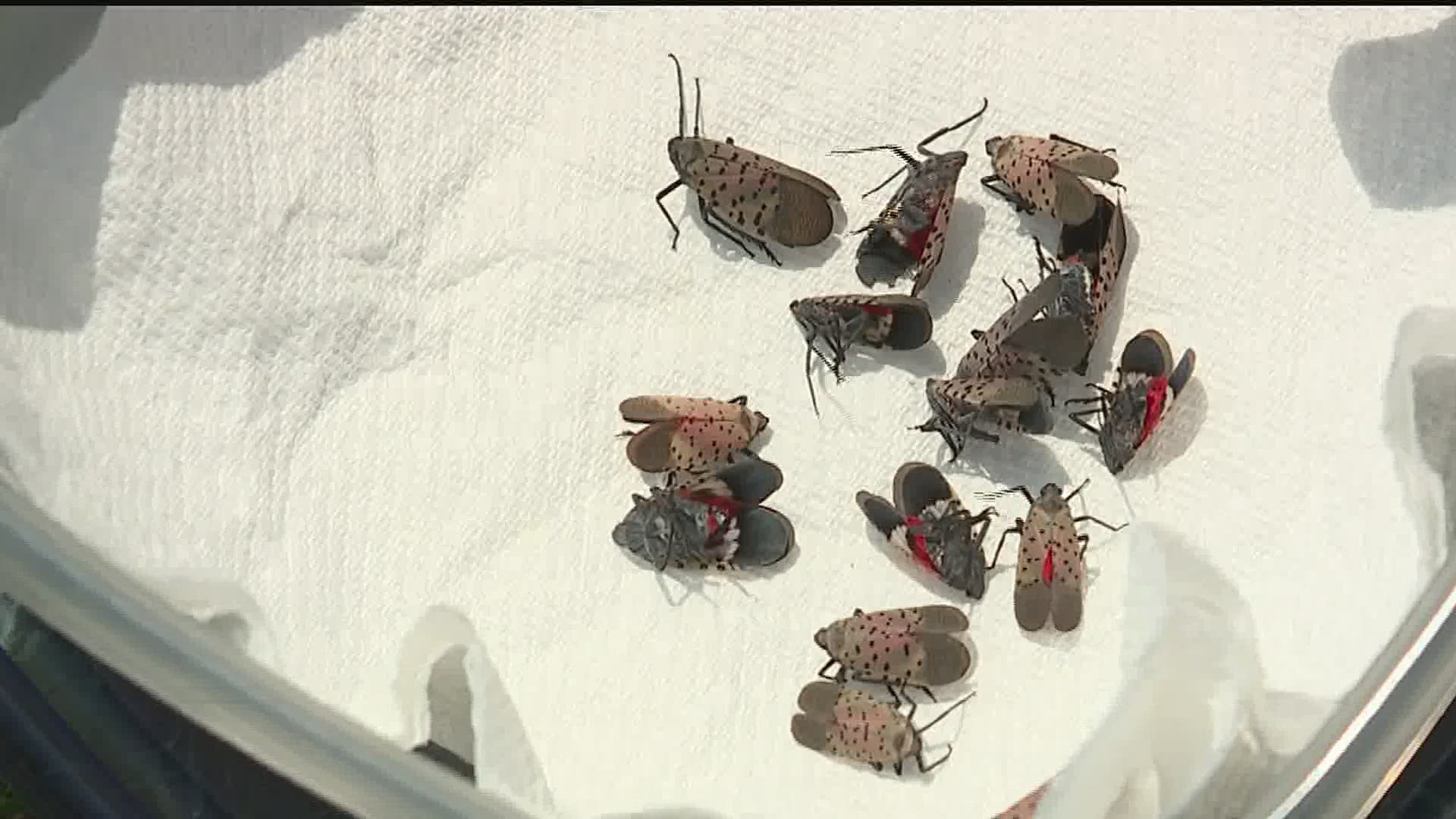 That's the advice from Ryan Bridge, the expert better known as "The BugMan."

Bridge makes his business out of educating people about insects. His latest concern: the Spotted Lanternfly. And, he said local vineyards have a good reason to be concerned.

"The grape industry is going to take a huge economic hit because of these things," said Bridge. Bridge said the bugs leave an excrement that creates a mold that stops photosynthesis and leaves a black film on plants.

"The grape industry, they don't have to worry about their fruit being directly impacted as far as being fed upon by these things. It's the sooty mold that grows on all the leaves and the plants and the fruit itself," said Bridge.

The owner of Allegro Winery, Carl Helrich, said he is well aware of the damage the bug has already caused to vineyards in Berks County where owners are grappling with losing acres of their crops.

"Most of my friends in Berks County, which was ground zero for it, have seen lots of losses at this point," Helrich said.

Bridge said the bug traveled into Berks County from a decorative stone shipment. He warned the bugs tend to start their invasion slowly, then communities are hit like a 'tidal wave.'

Another problem Bridge said, people don't want to kill the bugs because of "the fact that they're so pretty."

"This little beast really has scared the heck out of us over here in York County," said Helrich. He hasn't yet seen the spotted lanternfly in his vineyard, but he is preparing in case the bugs arrive on his property.

Helrich said 'peak season' for a vineyard is normally around fall, which unfortunately is also a busy time for the spotted lanternfly.

"I can't think about what I want to do with my vineyard two or three years from now because I don't know what's going to happen with this insect," said Helrich.