Police say if you can identify any of the individuals in the photos, you are asked to contact the Swatara Township Police Department at 717-564-2550. 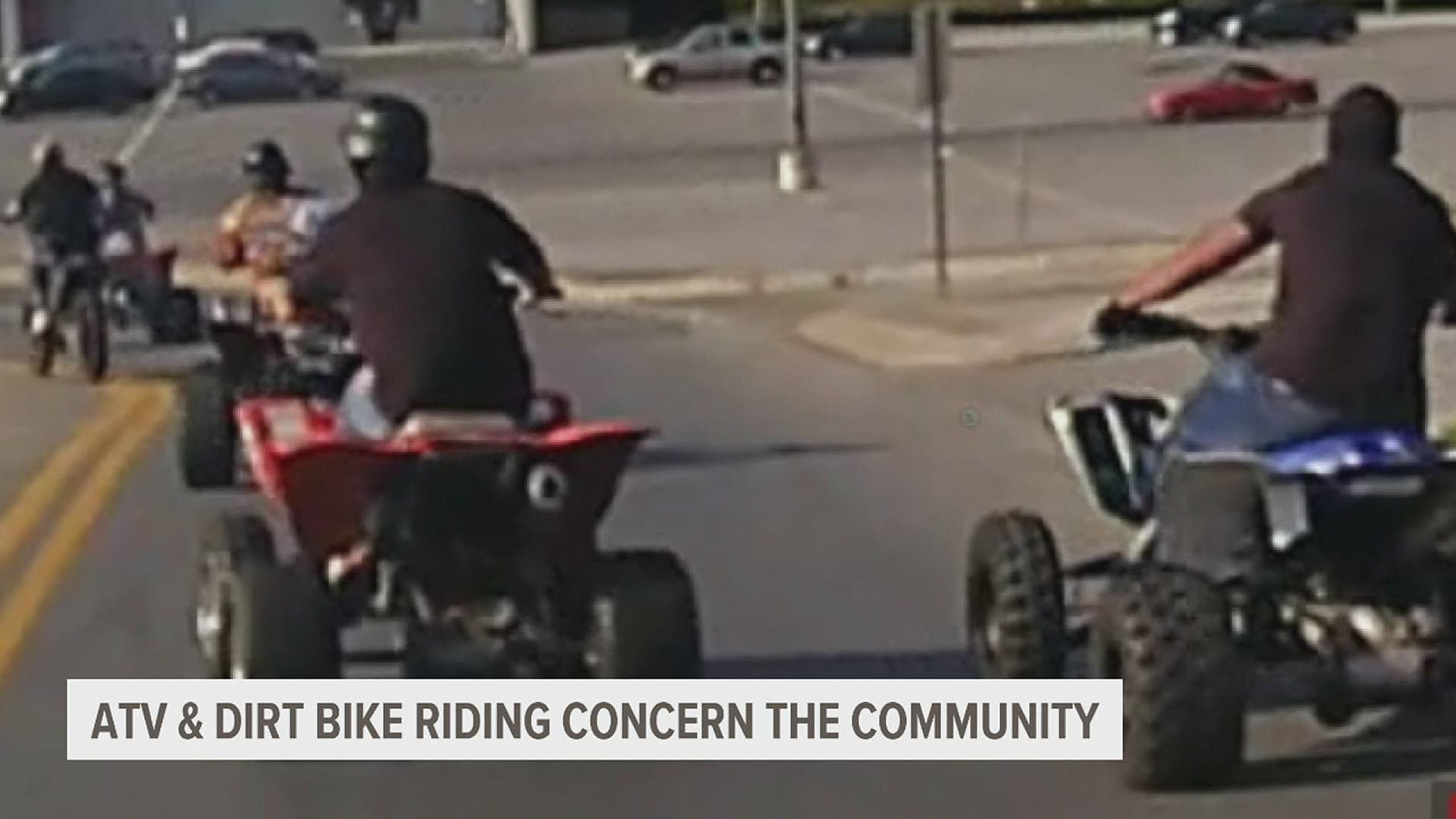 Police are seeking to identify individuals from a group of dirt bike and ATV riders who refused to stop for an officer over the weekend.

On April 18 around 3:30 p.m., police say a large group of dirt bikes and ATVs were traveling eastbound on Derry Street through Paxtang Borough and Swatara Township.

When an officer attempted to intervene with the group, the riders refused to stop and continued onto Derry Street before exiting the township.

The group was reported to have proceeded through several other areas.

Krahling says these riders are in violation with the law because it is illegal in the state of Pennsylvania to ride these vehicles on roadways.

FOX43 also spoke to community members who said they worry about pets and children due to bike speeding.

"I'm worried about the dogs coming out or them getting hit or someone getting hurt, and the ATVs, they should not be going this fast down on a street like this especially in certain times of day when traffic backs up," said Ken Hammaker of Swatara Township.

The consequences of riding ATVs without due diligence can be serious.

"Driving an unregistered vehicle and driving without insurance," said Krahling.

The Swatara Township Police Department is requesting assistance with identifying anyone in the attached photos.

If you know any of these individuals, please contact Swatara Township Police at 717-564-2550.

You can check out a gallery of the photos police released here: