Vote on consolidating six state universities set for this morning

Pennsylvania’s State System of Higher Education (PASSHE) will vote on the proposed consolidation of six state universities this morning. 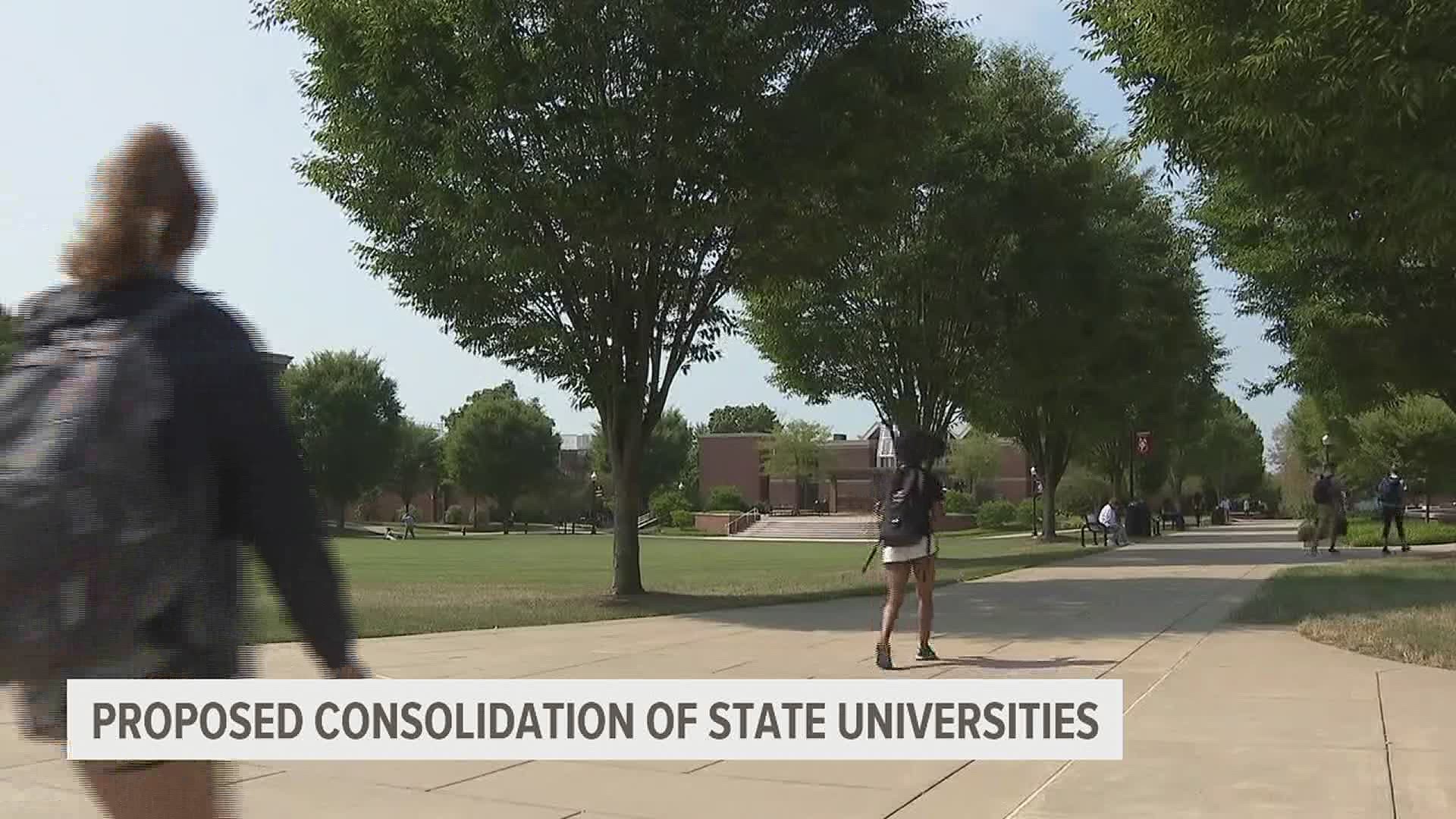 HARRISBURG, Pa. — Pennsylvania’s State System of Higher Education or PASSHE will vote on the proposed consolidation of six state universities.

The board of governors will consider the consolidation during their meeting at 10:30 this morning. According to the agenda, the vote is set for today.

Their meeting will continue at 10 a.m. on Thursday via Zoom.

People can watch the meeting by following this link. The meeting can also be accessed on Zoom by joining and using the Meeting ID: 979 8078 6196.

Chancellor Dan Greenstein has said enrollments across the system have dipped by 30%.

As for the universities which would be impacted: Clarion, Edinboro, and California University of PA would be consolidated in the western part of the state. A second consolidation would encompass some of the state schools in the northeast, including, Mansfield, Lock Haven, and Bloomsburg universities.

You can find out more information on the plan for each here.

You can also view some of the opposition to consolidation here.

PASSHE is calling the move an integration. According to its website: "We are developing a plan by which some universities could combine their operations and academic programming to affordably and sustainably expand student opportunities. Combination would entail integrating universities into a single accredited entity with a unified leadership team, a single faculty and staff, a single academic program array, a unified enrollment strategy, and a single budget—all while respecting local institutional identity."

PASSHE says it's an important part of a "System Redesign." It states integrations prevent university closures. According to its website, "To do nothing would potentially endanger the universities financially and severely reduce academic opportunities."

However, many stakeholders believe consolidation will endanger the institutions and the communities in which they exist. Some people against combining the schools spoke out over Zoom earlier this year.

They said they believe consolidation will negatively impact campus culture, it will financially impact businesses in the universities' communities, and it will leave many faculty members jobless during an already tumultuous economic time.

They also said Chancellor Greenstein's plan will "gut" the institutions and their host communities.

Stakeholders say programs, jobs, and opportunities for students are already being eliminated. According to SaveOurStateSchools.org, the Journalism Program at Indiana University of Pennsylvania will be eliminated as a result. They say Chancellor Greenstein has eliminated the library at Cheyney University, which is the nation’s oldest historically Black university.

There are also concerns that some classes will be moved online, which means less face-to-face contact which students say they depend on for learning.

"Switching to digital classes, consolidation: You lose that kind of unique experience and the thing that brings you to campus," said Kayla Shutters, an English/Arts double major at Lock Haven University.

"Yes, have been told we will keep our mascots," added Shutters. "That's all fine and dandy, but I think students are concerned about, 'are we going to stay the kind of students and universities that we are?'"

"These people are truly devastated," added Dr. Girton. "The idea of being able to go out and field something in this economy, especially in terms of academia, these jobs are hen's teeth or worse."

The vote comes after a public comment period of 60 days during which PASSHE hosted multiple hearings for people to attend. Additionally, quarterly updates to committees in the General Assembly took place.

Earlier this year, Dave Pidgeon, Director of Public Relations for PASSHE, sent FOX43 this statement in regards to the Zoom session:

The concerns raised today are exactly why we’re pursuing integrations with the help of more than 1,000 students, faculty and staff who are working together to benefit our students, our universities, and our communities. We’re committed to preserving the local campus experience for students while also opening new educational opportunities in ways not easily available today. Integration is also about pursuing growth opportunities, such as workforce development, because we simply have to grow in order to meet the Commonwealth’s needs. Ultimately, integrations is about striving to meet our mission, as it’s written in state law, to provide Pennsylvanians with affordable, quality public higher education in every corner of the Commonwealth.

You can read more about PASSHE's "system redesign" here. It includes some of the most asked questions and answers.

Opponents of consolidation have created a website which seeks to save the state schools.