Stories Behind the Stars: Man on mission to tell the stories of every fallen World War II soldiers

Currently, Don Milne is focusing on the soldiers killed on D-Day. 11 are buried at Gettysburg National Cemetery. 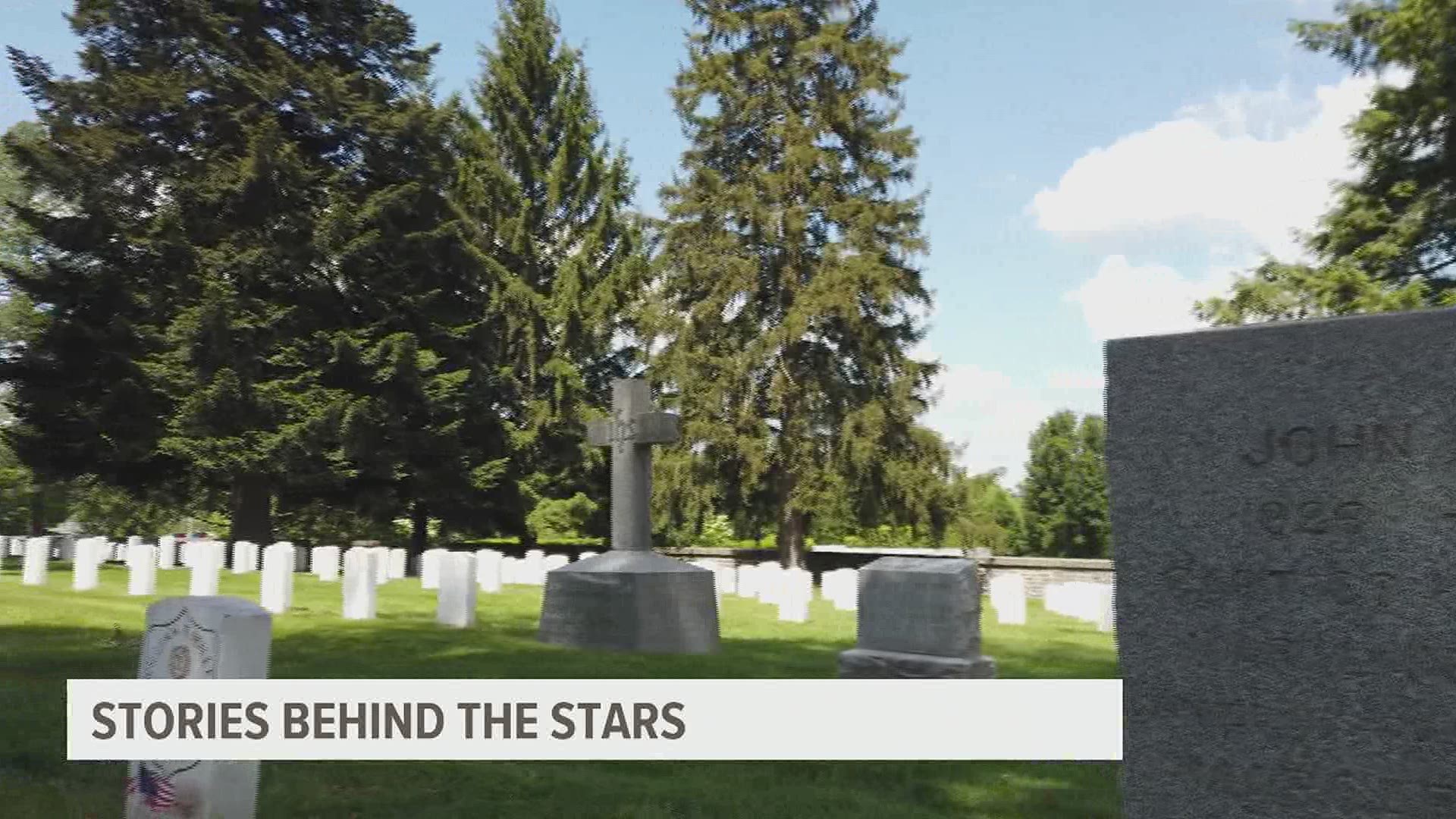 GETTYSBURG, Pa. — A Utah man is on a mission to create an app that give you biographies of every American killed during World War II. Right now, he's focusing on those killed on D-Day. He recently made a stop at Gettysburg National Cemetery to learn more about the 11 soldiers killed on that day.

A name and two dates. A gravesite can only tell you so much.

"You go to these gravesites and you don't see a lot of information," said Don Milne, Stories Behind the Stars Founder.

For the thousands of soldiers buried at places like Gettysburg National Cemetery, there is so much more to their story than their gravestone says.

"It's the 21st century and there's no reason why we shouldn't do this," said Milne.

Milne tells FOX43, he's developing an app to tell the stories of all 400,000 Americans who lost their lives during World War II, a project he calls, The Stories Behind the Stars.

"You'll be able to go to any of the World War II war dead, take your smart phone, scan their name and read their story," said Milne. 'So, it's almost like turning every cemetery into a museum."

"Most came from miner families which being from southern Pennsylvania isn't unusual, a couple of them were just one generation immigrants, a couple of them I saw, their parents were born in Poland they came here and then went back to Europe and died on the first day of the invasion," said Milne.

Milne works with volunteers on this project. Once done collecting bios for the soldiers killed on D-Day, he'll move onto Pearl Harbor, and eventually have the stories of every American killed during WWII.

"it's going to be a little more meaningful, a little more enriching. Not, gee I see that name and I see the date he was born and died," said Milne. "I might know what unit he was in but that doesn't tell me much of anything but the information is there on the internet, we just have to connect the dots."

More information on the project or how to get involved can be found here.