Fishing can begin at 8 a.m., and the start date and time is the same throughout all 67 counties. 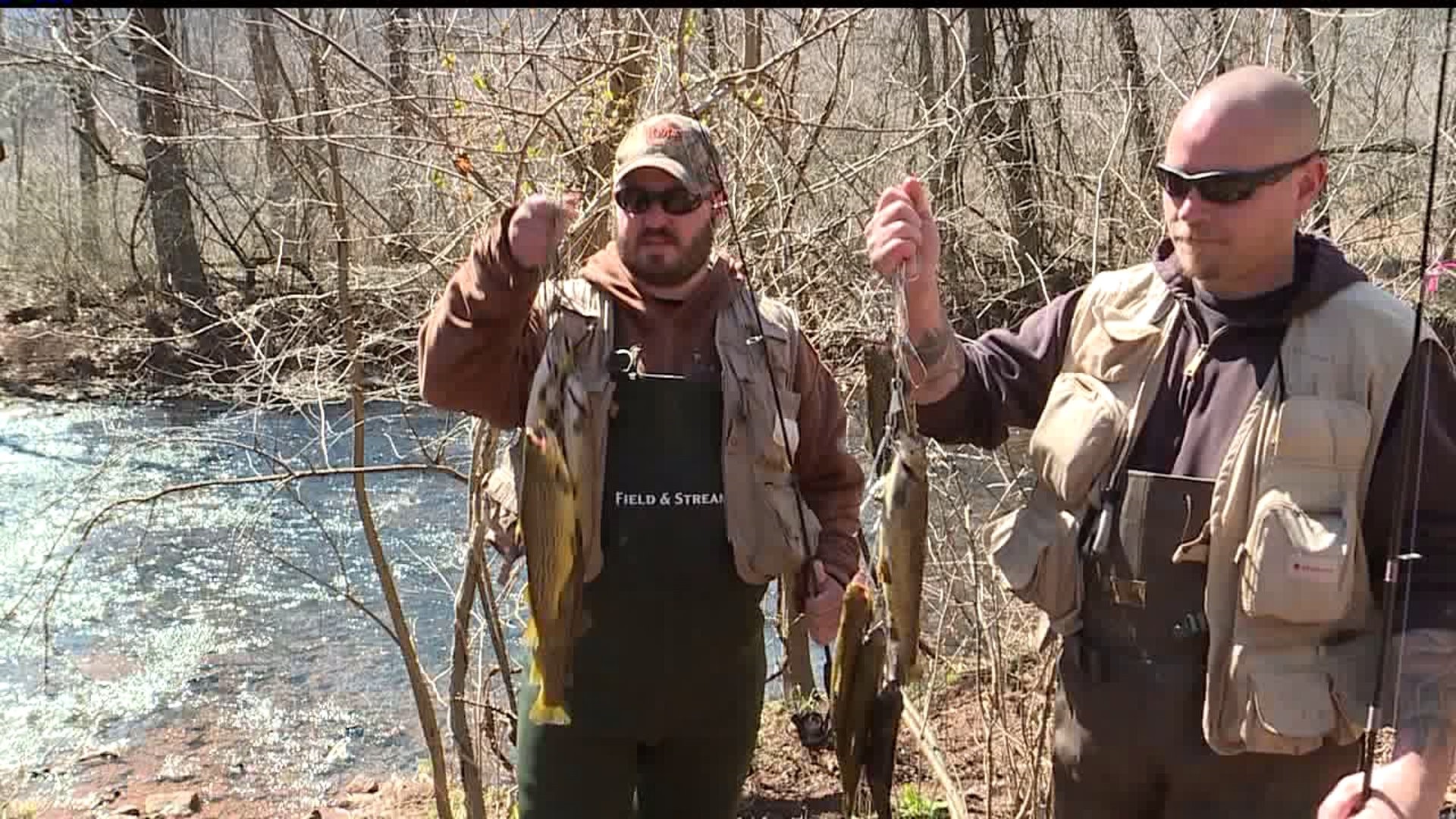 PENNSYLVANIA, USA — Editor's Note: The above video is from the first day of trout season in 2018.

Fishing can begin at 8 a.m., and the start date and time is the same throughout all 67 counties. This change was implemented in 2021 so that anglers would have an extra two weeks to fish this season statewide. The change also helps reduce travel associated with different opening days, and allows for more social distancing, as there won't be as many people at popular fishing spots at the same time.

“Trout fishing in the spring is among Pennsylvania’s greatest outdoor traditions and anglers are gearing up for one of the most highly anticipated days of the year,” Tim Schaeffer, executive director of the Pennsylvania Fish and Boat Commission, said. “After a long winter and a very challenging year, we’re all looking for fun, safe, and affordable ways to get outside, relax, and spend time with our families. Trout fishing is right at the top of the list for people of all ages.”

In order to participate in trout fishing, anglers must be at least 16 years old and have a Pennsylvania fishing license and a trout permit. These licenses can be obtained using the FishBoatPA mobile app, online, and in-person at license issuing agents.

The Pennsylvania Fish and Boat Commission (PFBC) will stock approximately 3.2 million adult trout in 701 streams and 128 lakes throughout the state. In addition to these trout, which are raised at state fish hatcheries, the PFBC is partnered with several sportsmen's clubs and other groups across the state that will stock these bodies of water with an additional one million trout during the season.

During the season, anglers may keep up to five trout a day with a minimum size of seven inches. Complete rules and regulations for fishing in Pennsylvania can be found here.

The PFBC also reminds anglers to wear a life jacket while fishing. This is required by the U.S. Coast Guard from November 1 through April 30. This is a requirement throughout the state.